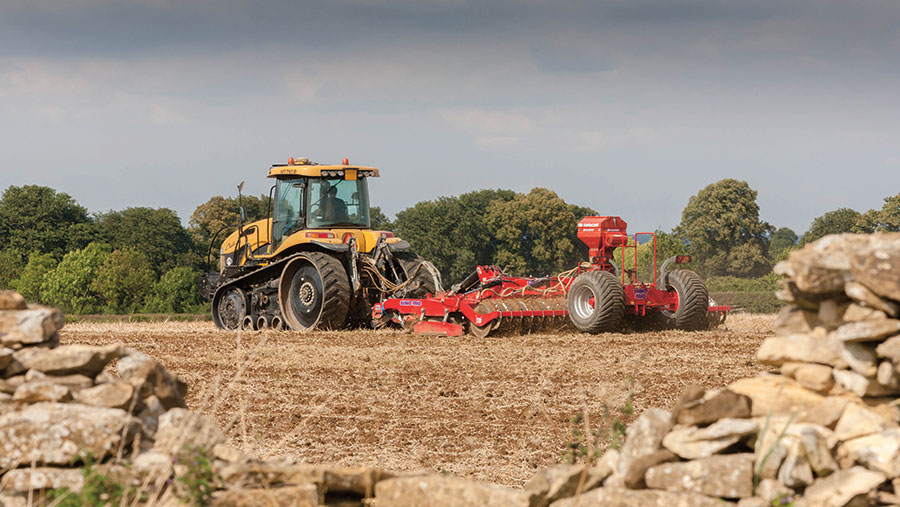 Growers are being urged to highlight the responsible approach they take to crop management – or face the prospect of further restrictions as the government pursues a “green” Brexit.

The need to demonstrate that farmers use a range of methods – not just agrochemicals – to manage pests and diseases is seen as key to ensure policymakers understand the complexities of modern farming techniques and avoid imposing additional regulations on the sector.

The issue was discussed by more than 40 growers, agronomists, academics and other industry professionals who gathered on Tuesday (7 June) for the first integrated pest management (IPM) summit hosted by the NFU at Stoneleigh Park, Warwickshire.

There are many definitions of IPM but most involve the careful consideration of all available plant protection methods and the integration of appropriate measures – including natural pest control – that emphasise the production of healthy crops with the least disruption to agro-ecosystems.

Essex farmer and NFU combinable crops chairman Tom Bradshaw said: “One consistent challenge that we have faced as an industry over the past decade is the intense scrutiny that our use of plant protection products has been under.”

Far more crop protection products would be thrust into the limelight as the EU sought to clamp down on endocrine disruptors, he added.

Brexit would not resolve the situation because the UK would likely have to continue abiding by the same rules if it was to remain a valued EU trading partner, added Mr Bradshaw.

This meant farmers had to raise their voice and the sector’s profile to get their message across.

“The thought process that the vast majority of us go through during the farming year is about minimising the use of plant protection products – and yet we fail to talk about the basics,” Mr Bradshaw told the meeting. “We need to shout about what we do.”

Mr Bradshaw added: “Going forward we need to make sure policymakers realise that farming is incredibly complex and to make sure there is a safe, secure, affordable supply of food we need access to all the tools in the toolbox.

“New products are few and far between so we need to make sure we do everything we can to maintain access and prevent resistance to the current products we have access to. Astute implementation of integrated management techniques is crucial to that.”

Yorkshire farmer and Voluntary Initiative chairman Paul Temple said demonstrating that IPM had environmental benefits would help fend off the threat of heavy legislation – and encourage policies that allowed growers to self-regulate rather than face inspections.

A similar view was expressed by Lincolnshire agronomist Sean Sparling, chairman of the Association of Independent Crop Consultants, who said IPM could be seen as a hybrid of conventional agriculture and the best of organic production.

Rather than regulating farmers, Mr Javis said it was vital the benefits of IPM were reflected in the government’s forthcoming Agriculture Bill, which will detail the government’s post-Brexit policies for the farming sector when it is published later this year. 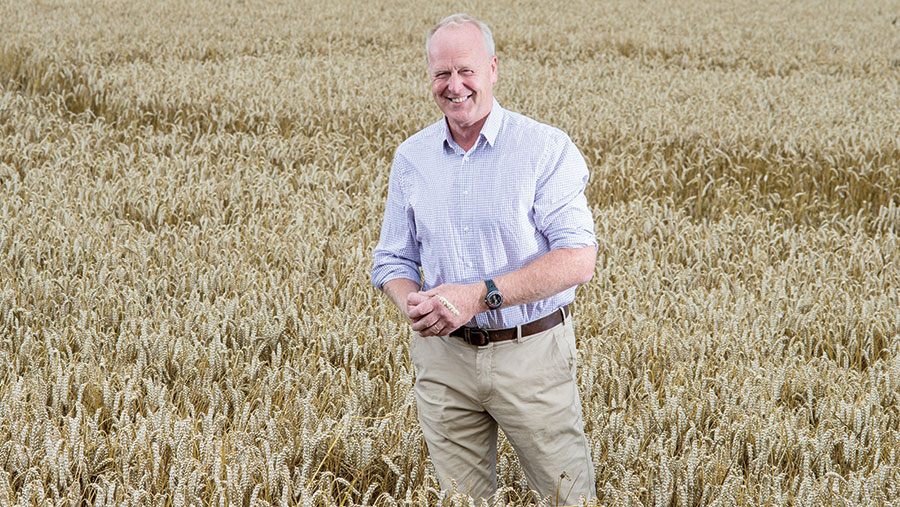 The cost benefits to farm businesses of adopting integrated pest management (IPM) techniques will be quantified in a new collaboration between the AHDB and the Linking Environment And Farming (Leaf) initiative.

Kent grower Mark Bowsher-Gibbs is farm manager at Blackbird Farming – the trading name for GH Dean & Co – and hosts the AHDB’s Sittingbourne Monitor Farm. The farm has been Leaf marque certified since 2007 and has now become a Leaf demonstration farm.

Mr Bowsher-Gibbs carries out an annual Leaf sustainable farm review to record the IPM techniques carried out across the business. It identifies areas where they are performing particularly well – and areas where there is space for continual improvement.

“Where we’ve got to do more is in energy use monitoring, reducing waste, recycling and reducing greenhouse gas emissions,” says Mr Bowsher-Gibbs. “On the welfare, social health, nutrient management and soil quality side, we were getting top marks, and that’s great to know.”

Analysing the outcomes of the Leaf review using the AHDB’s Farmbench tool will now establish the economic impact of some of these practices, helping the farm to make the most of natural resources and will improve business productivity.

The business has already benefited from a labour and machinery cost review, recently carried out on behalf of AHDB by consultants from Strutt & Parker. The results enabled him to compare his own strip-till performance with other farms.

Data confirmed the farm operates a low-cost and sustainable crop establishment system. But it also revealed a higher than average amount of labour per hectare. Mr Bowsher-Gibbs said: “That doesn’t mean it’s wrong for us, but it does make us look at our approach to labour.”

The summer Monitor Farm meeting at Sittingbourne, which is open to growers, takes place on 19 June. For details, visit cereals.ahdb.org.uk/sittingbourne

Integrated pest management (IPM) techniques are being brought out of the greenhouse and into the field by a Dutch-owned company making big inroads in UK agriculture.

Based near Rotterdam, Koppert Biological Systems specialises in the use of predator insects and other forms of natural pest control as an alternative to agrochemicals. The company had a €200m (£175m) turnover in 2017 and says business is growing at 12% annually.

The use of biological control has reduced the use of crop protection chemicals by up to 95% in indoor tomato cultivation, says Koppert marketing director Peter Maes. But he adds: “We are moving more and more from horticulture to outdoor field crops.”

Four key factors are driving the market for IPM products, says Mr Maes. They are pesticide resistance, residue management, the need to increase productivity and quality, and consumer interest in organic food.

In the UK, Koppert is working with agritech company Azotic Technologies using micro-organisms to capture nitrogen from the atmosphere. The companies say N-Fix can reduce fertiliser usage and nitrogen pollution as well as improving plant efficiency and increasing yields.

Koppert celebrated its 50th anniversary last year and set up its UK subsidiary company at Haverhill, Cambridgeshire in 1981.

But Mr Maes says he believes IPM techniques are still in their infancy – with increasing potential to boost farming productivity.

Initially developed as a blanket treatment for indoor strawberries, the company plans to use drones to spot-treat outdoor crops within five years.

That potential could be realised more quickly with more government support for research into alternatives to active ingredients, says Mr Maes. “A lot of education needs to be done so regulators understand what we do – and what can be achieved.”