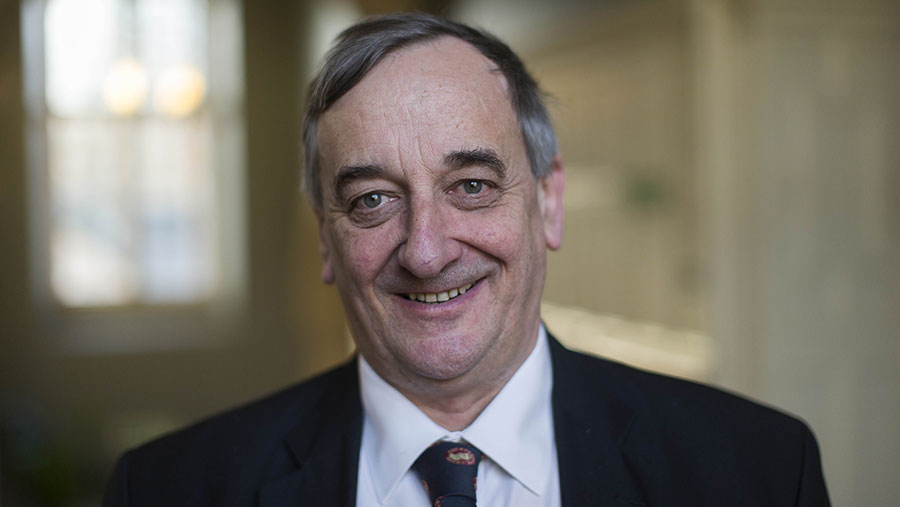 In the fake news story, we suggested Mr Raymond had spent the past two years perfecting production at his Llafi Roop – an anagram for April Fool – vineyard in Pembrokeshire.

Our design team created a mocked-up photo of Mr Raymond raising a glass of wine and we suggested he had also already come up with names for his fine wine collection – Raymond’s Blanc and Côtes du Rhôndda.

The story went down a storm on social media and it helped to raise a few laughs during this difficult period when the country is in lockdown over the coronavirus outbreak.

Mr Raymond’s wife, Hilary, retweeted the story from her Twitter account. And their daughter, Nicola, tweeted that she was working as a marketing manager 24/7 “identifying discerning customers in Australia keen to associate with our new family brand”.

Essex farmer and former NFU deputy president Guy Smith posted a link to a Monty Python song and urged everyone to sing: “Altogether now. Meurig they say could stick away. Half a crate of Malbec everyday.”

Bedfordshire farmer and former NFU president Sir Peter Kendall, who was himself the victim of a Farmers Weekly bronze statue April Fool’s prank 2014, also got in on the act. He joked on his Twitter account: “No one more suited to the role.”

A big thank you to @FarmersWeekly for their #AprilFool, it's crashed my inbox and I've had @raymond_blanc legal team on the phone… #awkward. Opening a bottle of red #RedWineTime https://t.co/d08xhHL2Dp

FW news editor Philip Case said: “Everybody loves Meurig Raymond and we felt sure he would not mind some gentle humour at his own expense.

“When we next meet up, I will present Meurig with a bottle of wine to show our appreciation #DefinitelyRed.”

You’ve got to love @FarmersWeekly on 1st April (and the rest of the year of course). I remember the one a few years ago about the Sir Peter statue https://t.co/XwQjf00pos