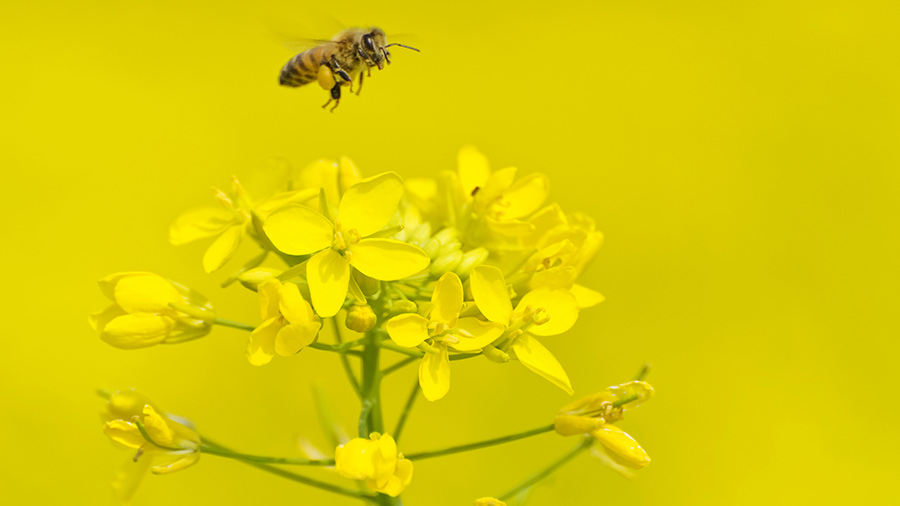 Defra secretary Michael Gove has announced a £60,000 fund to identify where new habitats will provide the greatest benefit for bees and other pollinators.

The project aims to help increase the number of pollinator-friendly landscapes as part of the government’s 25-year Environment Plan.

It will involve partnering with organisations such as Natural England, Buglife, The Wildlife Trusts and other bodies working on habitat-mapping and the conservation of pollinators.

Announcing the plan, Mr Gove said: “Bees and other pollinators are vital contributors to the beauty of our landscapes, our economy and our £100bn food industry.

“Today’s announcement to fund pollinator-mapping shows our clear commitment to helping these wonderful creatures to thrive by creating wildflower-rich areas around our towns and countryside.”

The announcement follows a campaign by Ben Bradley, Conservative MP for Mansfield, to better protect pollinators and to leave our environment in a better state for future generations.

Mr Bradley’s Protection of Pollinators Bill has been printed in the House of Commons. It asks Defra to help bees and other insects by protecting their habitat and supporting the creation of “pollinator corridors”

The Bill calls for the creation of “B-Lines” – a series of planned “insect pathways” or pollinator corridors running through our countryside and towns – designed to help support pollinators including bees, butterflies, wasps and moths.

More than two-thirds of Britain’s pollinators are in decline and 35 of the UK’s bee species are currently under threat of extinction. Defra says the loss of wildflower-rich habitat is one of the main threats to their survival.

In April, the government voted in favour of further restrictions on the use of three neonicotinoid pesticides, citing their harmful effects on bees and other pollinators. The measures will come into force at the end of the year.

The NFU and other farming organisations have opposed restrictions on the use of neonicotinoids, maintaining that the science remains unclear over the effect of these pesticides on pollinators at field scale.

The government has also announced investment in two projects to create pollinator-friendly landscapes: