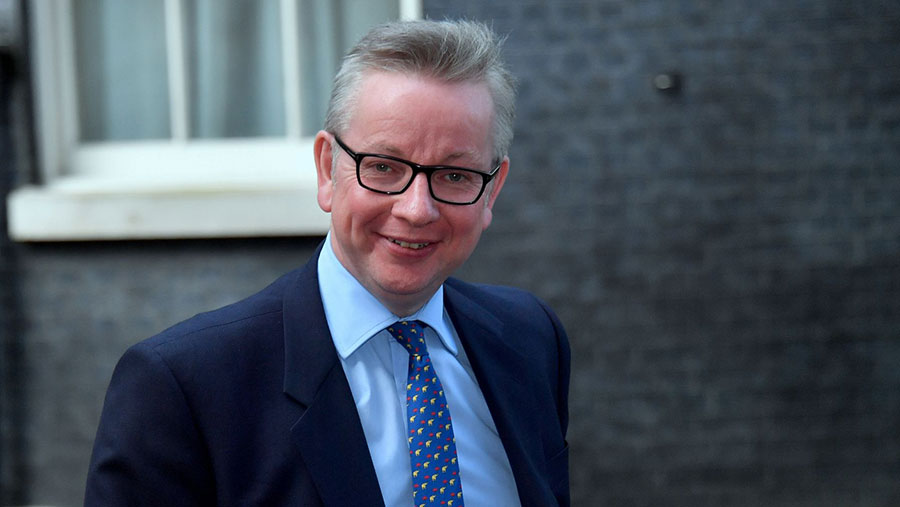 More than 44,000 responses were submitted to the government’s consultation on proposals to reform farm support after the UK leaves the EU, says Defra.

They include 20,000 responses sent in during the last week of the “Health and Harmony” consultation on the future for food, farming and the environment, which closed on Tuesday (8 May).

Defra secretary Michael Gove said: “It’s great news so many people have responded so enthusiastically to our consultation.”

See also: What they said – responses to Defra’s Health and Harmony consultation

Leaving the EU gave the government an opportunity to improve the support it gives Britain’s farmers, said Mr Gove.

He added: “We can make farming more productive, improve the quality of the food we eat and enhance our natural environment.

“We’ll reflect on the many thoughtful ideas put forward in response to our consultation and bring forward our plans for legislation later this year.”

Many of those responses are believed to be from environmental groups – but a substantial number were from growers and livestock produces keen to shape the industry’s future.

The consultation includes proposals to replace direct payments with a new system of support largely based on rewarding farmers to look after the environment.

The new policy of “public money for public goods” is likely to include measures that encourage biodiversity, raise animal welfare standards and improve soil health.

But farm leaders have warned food production must not be sidelined.

NFU president Minette Batters said she acknowledged agriculture – like other successful industries – must adapt, respond and continually improve its offering to society.

But she added: “Farmers are first and foremost food producers. While there are a whole host of endeavours we turn our hand to, food production is at the heart of everything we do.”

The NFU’s response says any plan to phase out direct payments must be fair for all farm businesses regardless of size – rather than targeting larger recipients first.

And it warns against policies that would open the gates to substandard food imports, arguing British farmers are immensely proud of record on the environment and welfare.

Ms Batters said: “Not only is it important this is recognised and applauded, but also that we ensure, in an uncertain future, we don’t take any steps that undermine those high British food and farming standards – standards we know the public values as much as we do.”

Defra highlighted a recent Worldwide Fund for Nature poll undertaken by Populus which found 91% of the UK public want to see farmers paid to protect nature.

Consultation responses would now be analysed carefully and the government will publish a response shortly, it added.

The NFU’s consultation response is arguably much more detailed than the government’s proposals – stretching to some 88 pages compared with the 64 pages of the original Defra document.

Rather than concentrating on the delivery of public goods, the NFU says future agricultural policy must support farmers in their role as food producers. Maintaining a robust and resilient domestic food production sector is in the nation’s interest, it argues.

A strong and profitable agricultural sector in itself brings many public benefits, says the NFU. “It is a matter of strategic national interest to ensure that our country can feed itself, and a high level of domestic production in a volatile world is a critical aspect of food security,” it adds.

Profitable agriculture also means a safe and traceable supply of domestic food – meeting a clearly expressed desire for British food by the British public, says the NFU. As well as producing food, farmers provide jobs and drive growth in industries such as renewable energy and tourism.

But the delivery of public goods isn’t ignored. The NFU says it remains “strong in its conviction that productivity improvements, and profitable farm businesses, are vital in delivering environmental and climate change objectives and do not run contrary to them”.

It argues reducing domestic production would mean greater reliance on imports from other parts of the world, where we have no control over production standards, so exporting and likely increasing the UK’s environmental footprint and impact on animal welfare.

Viable farm businesses mean farmers are able to deliver the sort of environmental outcomes envisaged by the consultation paper, says the union. But struggling farm businesses are unlikely to be best placed to devote the time and resource to helping Defra achieve its green goals.

“While there may be a debate about whether food itself qualifies as a public good, there are clear justifications for public intervention, both financial and in terms of broader public policy, to support food production in this country,” says the NFU.