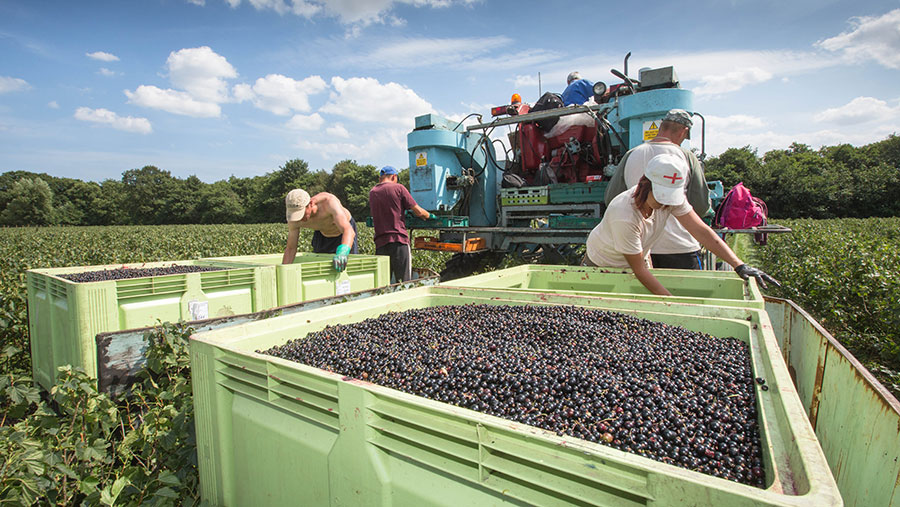 Limitations to the capabilities of farm robots mean that improved access to migrant labour is needed for the foreseeable future, according to a new government-commissioned review of automation in the horticulture sector.

The Automation in Horticulture review was launched in December 2020 at the same time as the government announced an extension of the Seasonal Workers Pilot, from 10,000 visas to 30,000 for 2021.

See also: Researchers use ‘science of light’ to cut pesticide use

Its aim was to understand what was needed to accelerate the development and uptake of automation technologies in order to reduce the sector’s reliance on low-skilled migrant workers.

“Despite the capital intensity of many horticultural production systems, critical elements of the industry have a high dependency on seasonal migrant labour to harvest crops,” said co-chairman of the review Prof Simon Pearson, who is also director of the Lincoln Institute for Agri-Food Technology.

“This dependency has become all the more apparent following the end of free movement between the UK and the EU, and the onset of the coronavirus pandemic.”

From the outset, it was clear that robotics and automation technologies are not likely to resolve all the labour pressures in the sector.

“Robotic systems are expensive to develop and tend to be designed to replicate a limited range of human tasks,” said Prof Pearson.

As such, one of the review’s key recommendations is that Defra should pursue a long-term Seasonal Workers Scheme for horticulture, starting in 2022.

This would help to stabilise workforce pressures in the sector, the report argues, helping growers evaluate their labour needs and incentivising long-term capital investments in automation technology.

“While a new Seasonal Workers Visa Route has been announced for 2022 to 2024, the length of any future schemes should ideally match the period preceding the feasible mass adoption of automation technology,” says the report.

British Berry Growers chairman Nick Marston said the review confirmed that the replacement of fruit pickers with autonomous selective harvesting is a long way off.

“As such, the recommendation calling on Defra to consider pursuing a long-term Seasonal Workers Scheme, starting in 2022, is very much welcomed,” he said. “A long-term scheme will give growers the much-needed certainty they need to plan and grow their businesses.

“However, we are also calling for Defra and the Home Office to not only extend the length of the scheme, but to also increase the number of visas made available.

“It is essential that farms have access to the seasonal labour they need to harvest their fruit in the years before such automation is a reality.”

Key findings of the review

The report identifies a range of technologies that could help save labour in the long run, including new ergonomic equipment, autonomous selective crop spraying and harvesting, and the increased use of artificial intelligence.

But several key barriers to technology adoption are also identified, including uncertainty about the security of production contracts, raising capital for unproven technologies, and the unsuitability of government grants for the horticulture sector.

The review therefore makes a number of recommendations. As well as extending the Seasonal Workers Scheme, it suggests the formation of a Defra-backed consortium to drive “significant adoption” of proven technologies, a “fast-track” approach to robotic harvesters, and a review of financial and fiscal support for automation in horticulture.