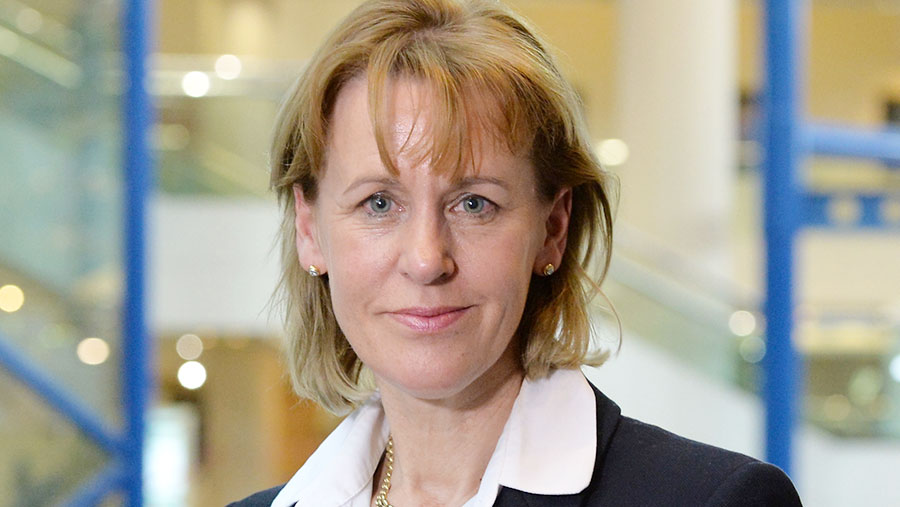 NFU president Minette Batters has pledged to “reconnect farming” with the public as the sector prepares for the UK to leave the European Union.

In her first major speech as leader, Ms Batters said the industry was on the cusp of enormous change – a moment of huge significance for Britain and the farming community.

It was a “new era for the NFU, a new dawn for the countryside and a new time for farming”, she told industry leaders in London on Monday (26 February).

Her comments came as the government prepared to unveil a consultation on its plans to phase out direct payments after the UK leaves the EU in March 2019.

Direct payments will be made on the same basis as now in 2019, says Defra.

Thereafter, Defra says it could “free up” £150m in the first year for the environment and other public goods by capping payments to larger landowners.

The government says the £150m should be used principally to enhance the environment and invest in sustainable food production.

But it also wants to invest in technology and skills to improve productivity, public access to farmland, higher animal welfare standards and support for upland communities.

Ms Batters said: “The technological change we are seeing and the march of Brexit will be felt in our fields more keenly than any other industry.”

“We must move forward – and we must adapt.”

Ms Batters acknowledged that some people thought the union was too negative about Brexit – flagging up the challenges rather than highlighting the positives.

She added: “Make no mistake, there are indeed challenges – big issues that farming needs to work with government on.”

“But we now need to pull together and make Brexit work for Britain. Brexit will only be a success if we all work together.

“And the agricultural sector is absolutely key in this.”

The NFU argues that food is a public good – and it has warned Defra against prioritising environmental measures as it devises new policies for farming.

Environmental campaigners say public goods are usually seen as those that have a public benefit but can’t be provided through the marketplace.

They say this means food shouldn’t be seen as a public good.

“Our own UK market has demanded ever greater food safety regulation, and as farmers and growers we have risen to that challenge – that is why we believe that the food we produce is a public good.”

Ms Batters said it was her mission to take British farmed food and drink – the best in the world – and open it to export markets in a “new agricultural revolution”.

But first, the NFU needed to reconnect farming with the British public and celebrate the reasons British people should be proud of Britain’s farmers.

“We are open for business – and we must get our fantastic produce to market at home and abroad,” said Ms Batters.