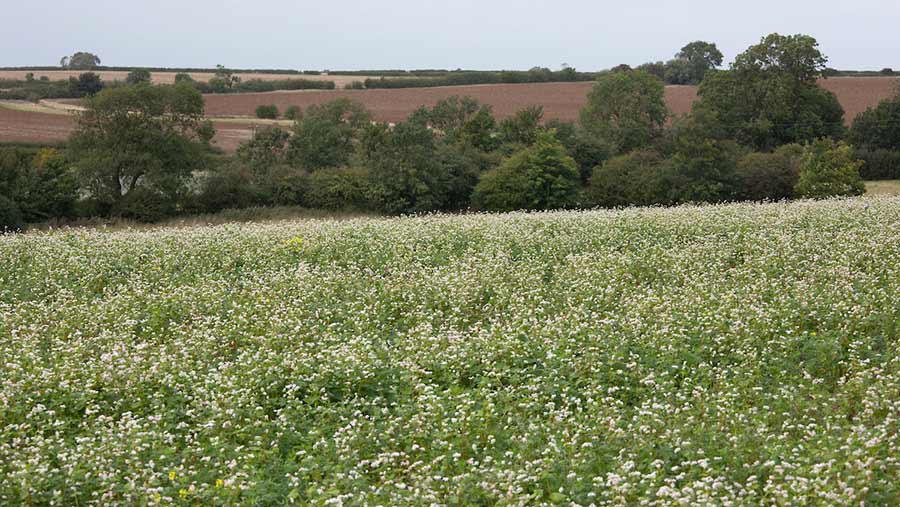 This is the fifth year the Farming and Wildlife Advisory Group (FWAG) has been running cover crops trials in Kent with the backing of Affinity Water, and the plots of six variety mixes at Doug Taylor’s farm near Folkestone are well up and away. Early establishment followed by rain always helps.

Cover cropping is still a bit of an opinion divider, with those who extol its benefits ranged against those who mutter about the cost.

Our trials mixes are supplied by Kings and include a 10-variety supermix, but it has a dirt-cheap oats and mustard mix if you prefer, or you can use a bit of farm-saved seed.

See also: How to avoid mistakes with cover crops

Cover crops also need establishing and in the end destroying, except for those with the kit to drill into them.

So there are a few overheads in that, including the cost of glyphosate for the destruction part (unless you are farming organically, when you probably wish you had it).

Though glyphosate is the cover-cropping standby, it might be drinking in the approved herbicides last-chance saloon. If it goes, we have a problem.

Of course you need to be sowing spring crops to have cover crops, unless putting in a quick catch crop between harvest and drilling.

After last year’s horrors with the autumn weather, it’s been interesting to see everyone rush to get crops in early this year, among some raised eyebrows from their agronomists.

If you add improved soil structure and soil organic matter, reduced run-off and better infiltration, potential improved yield in the following crop and possible grazing opportunity, the benefits of cover crops stack up.

For the water companies, it’s all about where the nitrate goes. We bury ceramic pots 90cm under our mixes and under a control plot of stubble or cultivated ground, draw the water out of them every couple of weeks (if it rains) and get it tested.

If you add improved soil structure and soil organic matter, reduced run-off and better infiltration, potential improved yield in the following crop and possible grazing opportunity, the benefits of cover crops stack up.

Slugs don’t seem to be a greater problem, and we find that wildlife benefit.

The icing on the cake has to be the demise of “greening” for BPS payments and, with it, ecological focus areas (EFA), in 2021.

If you used cover crops as an EFA, you were doubly stuck – first with a restricted variety choice and second by not being able to use the same area in Countryside Stewardship (CS).

Free from the shackles of EFA, the £114/ha cover crops option from CS starts to look attractive, and it’s not too restricted in terms of dates (get them in by 15 September) or variety choice (none specified).

If you can throw in some two-year legume fallow, plus a bit of winter bird food, you are on your way to a CS application that should stack up, bring in some cash and be a great boost for farmland wildlife.

By the time you read this, I should have another four months of gathering water samples ahead of me. Great exercise for a cold winter’s day – if it rains.