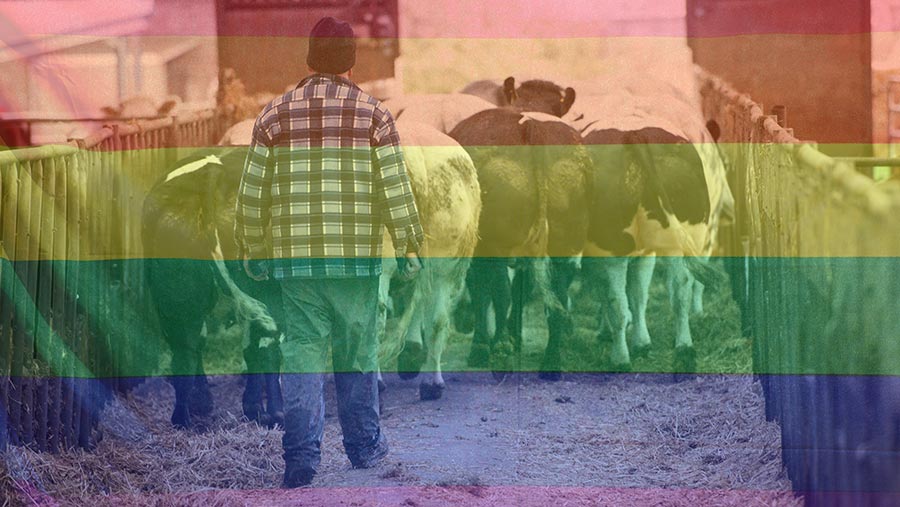 Week after week, we are reminded of how incredible the farming community is.

Whether it’s the hundreds who opened their gates for Open Farm Sunday, or fellow farmers supporting tenant Dan Jones in his now quashed animal welfare court case, this is a supportive industry we can all feel proud of. It’s a shame then that this doesn’t extend to everyone…

Earlier this month, Farmers Weekly ran a story online reporting on the Channel 4 documentary My gay dog and other animals.

The programme featured the head of the UK’s largest sheep breeding company, Dewi Jones, of Innovis. While inspecting rams for desirable breeding traits, Mr Jones explained that one in 12 rams showed an exclusive interest in other males, making them “shy breeders” at best, candidates for the food chain at worst.

This had clear commercial implications, though in running the story we were also mindful it had the potential to invite homophobic jibes from an ignorant minority.

This has happened in the past whenever an LGBTQ topic is covered, but we resolved that the subject should not be ignored simply for this reason. But once the story landed on our Facebook page, it became obvious we had misjudged the number of people willing to share insidious homophobic sneers.

Comments ranged from the seemingly harmless tagging of a friend, to playground taunts of “you’re gay”.

The task of moderating these comments quickly became overwhelming. It was surprisingly tough to judge where to draw the line when weeding out the inappropriate from the downright offensive.

Some cited “harmless banter” as a defence. But it is clear there is a real lack of understanding as to how such words can knock those in our farming community who are genuinely struggling.

As a result, after 24 hours and more than a thousand often-questionable comments, the decision was made to delete the post. Sadly, what this proves is that the farming community has a lot to do in order to catch up with wider society on LGBTQ matters.

As a proudly independent publication, we do not shy away from any topic. Side-stepping this does nothing to bring about the sort of change we so desperately need in our industry.

This deeply unpleasant episode also throws up a broader question about our industry’s record of inclusion and acceptance.

We all know there is a skills shortage in rural businesses and it’s tough to attract new talent. Small wonder when such intolerance is shown towards anyone who does not conform to outdated views of what can be accepted in our community.