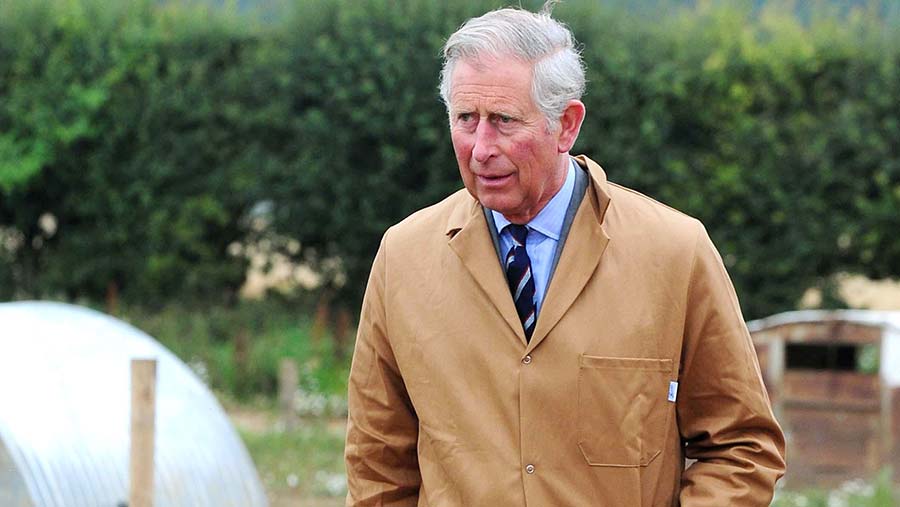 The Prince of Wales has praised the idea of government incentives that could encourage farmers to adopt more widespread environmental measures once the UK leaves the EU.

Policy-makers are waking up to an impending ecological crisis, he suggested. In a video address to the Norfolk Farming Conference, Prince Charles said mixed farming systems managed to combine conservation and food production in an integrated form.

“It has been somewhat soul-destroying to witness the way in which perverse incentives have encouraged farmers to adopt practices that have had such a devastating effect,” he said.

“I am of course speaking here of the indirect consequences of modern intensive farming systems which have caused the destruction of so much of our natural capital and biodiversity.”

This included a “precipitous decline” in soil fertility, wetlands, wildlife meadows, pollinating insects and other indicators of a healthy environment.

But his comments chime with Mr Gove’s suggestion that farmers should be rewarded more widely for undertaking environmental measures after the UK leaves the EU.

Prince Charles said he felt the “vast majority of farmers would much prefer to switch to food production systems that work with the grain of nature”.

Instead of treating the symptoms but not the cause, it would be better to work without chemical inputs, he told conference delegates at the John Innes Centre, Norwich, on Thursday (1 February).

Prince Charles added: “If you get the balance right, it is possible to produce very acceptable yields while at the same time keeping a balance of natural and social capital.”

A more environmental approach to farming was long overdue, he said.

“At long last, it now appears that agricultural policy-makers are waking up to the impending ecological crisis,” he said.

“Not before time, new incentives are being considered that could enable farmers to return to what used to be referred to as mixed farming.”

More and more people would be in favour of the introduction of incentives to make such a change possible – alongside greater encouragement for more local production, he added.

Despite all the challenges involved, such a move could provide much-needed long-term benefits for the planet, public health and local communities.

“As ever, I suspect more and more farmers would support a transition of this nature, which I daresay would constitute the greatest farming evolution for more than a century.

“But with the brilliant capacities for marketing and innovation that have always been the hallmark of the farming community, I can assure them you can rise to the challenge.”