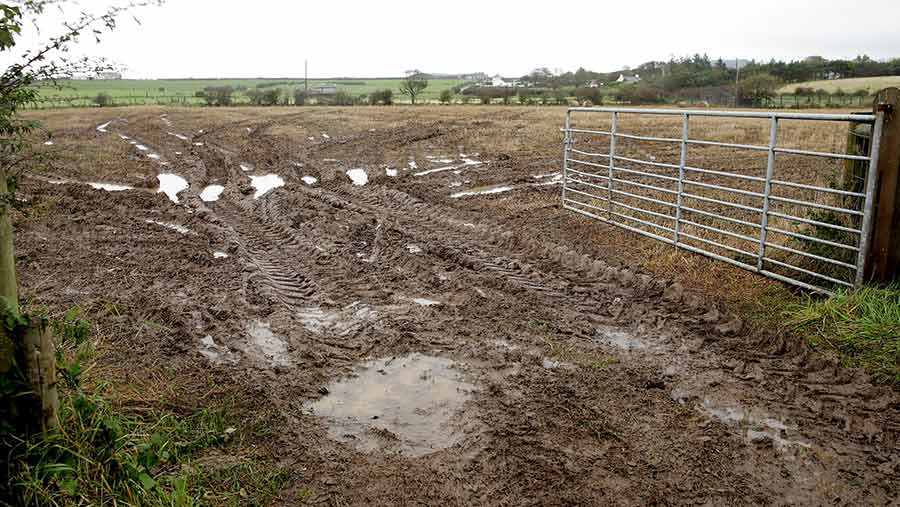 Farmers in Northern Ireland have been advised they can spread slurry during the approaching closed period due to the exceptionally wet weather this year, but it must be a last resort.

The Ulster Farmers’ Union (UFU) said if farmers cannot spread their slurry before 15 October they can employ the ‘reasonable excuse’ clause.

It said farmers do not have to notify the Department for Agriculture, Energy and Rural Affairs (Daera) or the Northern Ireland Environment Agency (NIEA) before spreading during the closed period but detailed records must be kept.

These should record how the slurry was managed before the closed period, the weather and ground conditions, how much storage they have, and that other options have been exhausted.

The UFU has created a NIEA-approved template that farmers can use to record this information, and UFU staff are available to help. This must be available for inspection by the NIEA.

“No farmer wants to risk their basic payment by spreading slurry during the closed period,” said UFU president Barclay Bell.

“However, the current ground and weather conditions are making compliance impossible and some farmers may be left with no other choice.

“It is better to spread slurry during the closed period under this clause at a time when conditions are more favourable than rush and risk a farm accident or pollution,” he added.

However, farmers should take extra precautions to prevent accidental pollution so as not to give the EU Commission any excuse to impose more legislation.

“Being able to show we acted responsibly in these difficult conditions is our best defence,” he added.

Daera said it was acutely aware of the significant impact the recent weather conditions have had on the agricultural sector.

It added it recognised that the wet conditions had resulted in the early housing of animals, and delaying silage and crop harvesting and the subsequent emptying of slurry tanks.

“Farmers should always seek to empty tanks and middens to maximise storage capacity as winter approaches.

“If slurry must be spread during [the closed period], evidence should be available to demonstrate to NIEA that all reasonable steps were taken to manage the situation, and that there was no alternative,” the spokesperson said.

“If slurry has to be spread under exceptional circumstances, it should be on low-risk land and all usual spreading conditions followed. Tanks should not be emptied.

“Only enough slurry should be spread to leave adequate storage for the remainder to the closed period.”

To use the reasonable excuse clause: