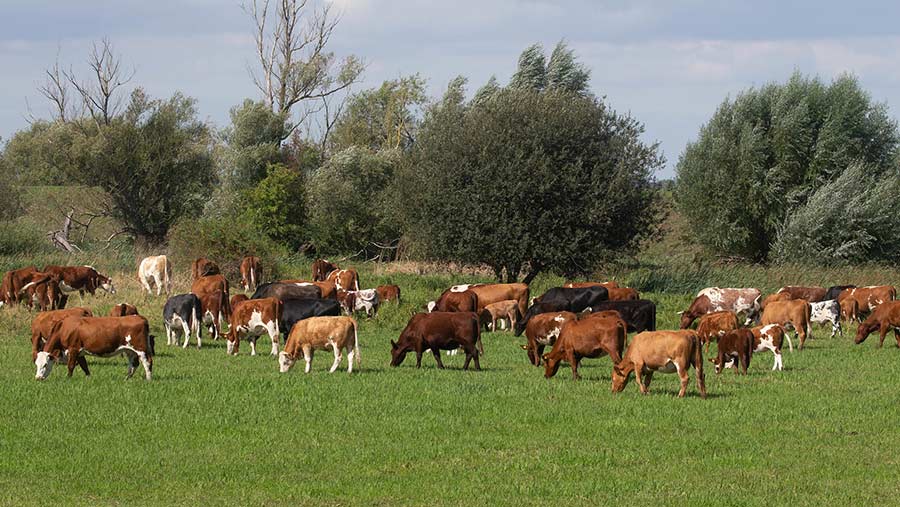 A UK meat tax could force grazing livestock farmers out of the industry despite grassland being the most sensible land use at that particular location, new research suggests.

The report from agricultural research institute Rothamsted Research said a tax on red meat to help curb climate change could do more harm than good.

A meat tax would cost the UK £242m a year according to the new research, while the savings from reduced climate emissions were calculated in the region of £100m per year.

The study, published in Scientific Reports, modelled economy-wide impacts of meat tax for the first time and estimated that, even under moderate tax rates previously proposed for the UK (19% for meat and 11% for dairy), the country’s economic losses would amount to £242m/year.

These losses resulted from transfer of land and workforce from livestock farms to arable farms and non-agricultural industries.

Taro Takahashi, the agricultural economist who led the research, said the losses will hit everyone in society.

“But, unfortunately, this is only half the story, because the same tax could also force grazing livestock farms out of the industry.

“As well as impacting consumers and farmers, the knock-on effects will be felt right along supply chains as well as rural communities that support and are supported by farmers.”

The study found meat and milk production would decrease, with substantial GHG savings recorded both directly on farms and indirectly at connected industries, such as the manufacturing of agrochemicals.

Under the proposed tax, such climate-change-causing emissions were predicted to decrease by 2.5t of carbon dioxide equivalent (CO2e)/year – equating to a social benefit of £101m/year under the same carbon price (£41/t of CO2e) used to derive the assumed tax rates.

Dr Takahashi said rather than a blanket tax, a better solution would be to look at which areas of the country are best kept as cattle and sheep farms, and which would be better turned to other uses such as crop production for human consumption and agroforestry.

Michael Lee, deputy vice-chancellor of Harper Adams University, who co-authored the paper while at Rothamsted, added: “Our study also shows the vital role responsible consumption of ruminant livestock products can play within a sustainable food system under the UK’s grassland dominated landscape.

“Ruminant livestock are the most efficient provider of key nutrients for human health from land not suitable for growing crops.”

The study was funded by the Biotechnology and Biological Sciences Research Council.