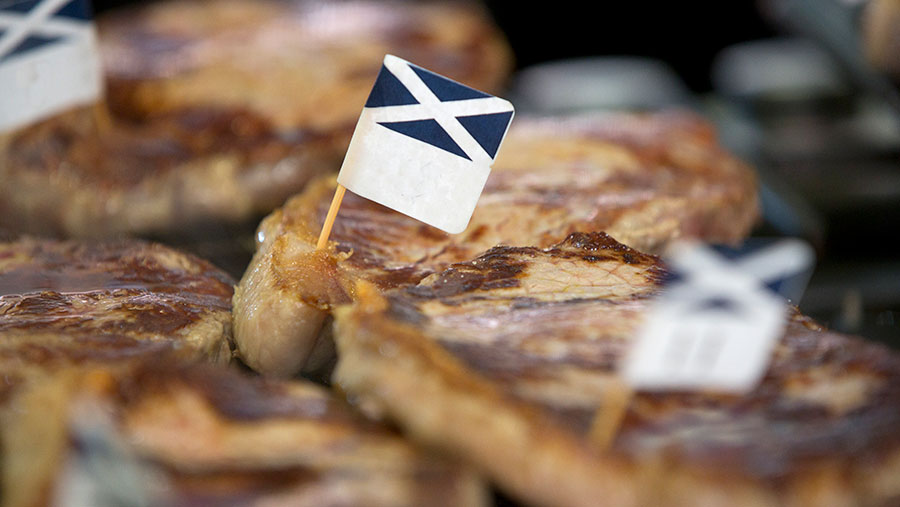 NFU Scotland (NFUS) is urging governments and policymakers to rethink “ill-informed” attitudes towards red meat produced sustainably from livestock grazing in the UK.

The call comes after scientists questioned the reliability of data published in The Lancet medical journal, which has been regularly used to drive the “eat less meat” message.

A team of human health scientists led by professor Alice Stanton, of the Royal College of Surgeons in Ireland, including Prof Frederic Leroy, from Vrije University in Belgium, have cast doubts on the conclusions reached in the 2019 Global Burden of Disease (GBD) report.

Prof Stanton and the group of international scientists have carried out their own synopsis of the GBD work – and other studies linking red meat consumption to deaths – and found there was no relationship between eating red meat and human ill health and deaths.

The GBD, which has been published bi-annually in The Lancet, is often used as evidence by policymakers seeking to cut red meat consumption.

Recently, the 2019 GBD analysis was cited in Henry Dimbleby’s National Food Strategy as justification for a reduction in meat consumption.

In response, Mr Dimbleby said Prof Stanton’s work would not change the arguments of his report because the “environmental impacts of meat production were much more significant”.

Prof Stanton has challenged the GBD to reveal the evidence behind its estimates, but it has so far refused to do so. She remains concerned that governments may use the data behind the report to justify anti-meat policies.

NFUS president Martin Kennedy, a beef and sheep farmer in Highland Perthshire, said the red meat industry had “taken a pounding” for some time from “ill-informed individuals who fail to fully understand the huge benefits the livestock industry brings to Scotland, from a socio-economic; a climate change and an environmental perspective”.

But Mr Kennedy said UK farmers were producing meat from grazing livestock, which is a much more sustainable method than in other parts of the world.

He added that livestock grazing hillsides is hugely valuable to limit wildfires, create open grazed landscapes for wildlife and waders, and is of great help to biodiversity.

NFUS wants red meat to be properly recognised in Scotland’s Good Food Nation bill, which will introduce a legislative requirement on health boards and local authorities to make good quality, healthy, local food available to all, and is expected to make significant progress in 2022.