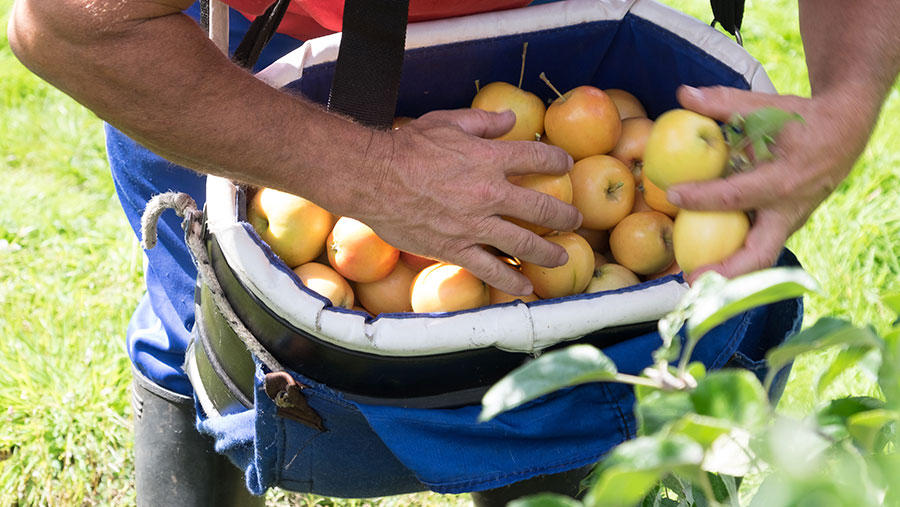 Ukrainian workers entering Scotland to carry out seasonal farm jobs will be provided with additional support via a Scottish government-backed charity.

About two-thirds (67%) of seasonal workers in the UK last year were from Ukraine. But the conflict with Russia means any UK-based Ukrainian workers will be trying to cope with concerns about work, security and their families.

In a bid to provide support, the JustRight Scotland charity has set up a Worker Support Centre initiative that will offer advice and urgent practical help with these issues.

It will also give immigration advice to enable them to stay and work in Scotland while returning to Ukraine is still unsafe.

The centre, backed by £41,000 from the Scottish government, will be a first contact for Ukrainian agricultural workers in Scotland. It will be staffed with former horticultural workers who speak Ukrainian and Russian to further help understand the issues facing migrant labour.

Neil Gray, Scottish government minister for refugees from Ukraine, said: “We know that as a result of Russia’s brutal invasion of Ukraine, there are a wide range of pressing and often complex issues.

“It is essential that they receive support to navigate these and we hope, provide some peace of mind to those whose lives are severely affected by the war at home.”

JustRight Scotland’s project adviser, Caroline Robinson, added that the move had also been made to prevent worker exploitation.

“This support can help prevent workers ending up in situations of human trafficking and is an important step forward for Scotland,” Ms Robinson said.

The announcement of worker support comes in a week when concerns have been raised over working conditions for migrant labour on UK farms.

The Guardian newspaper has carried an account of a Ukrainian woman who had fled poor conditions which she said were akin to modern slavery.

She reported workers facing threats and humiliation, and being forced to work tirelessly, wearing off the skin on their hands and feet.

The newspaper referred to a review by the Home Office and Defra last year which cited some workers reporting a lack of health and safety equipment, racism, and accommodation without bathrooms, running water or kitchens.

A government spokesperson said seasonal farmworkers should not be forced to work in exploitative conditions.

“We strongly advise any people in these circumstances to report issues to the police so steps can be taken for their safeguarding and wellbeing.

“Ukrainians on seasonal worker visas can apply for three years’ leave under the Ukraine extension scheme,” the spokesperson added.