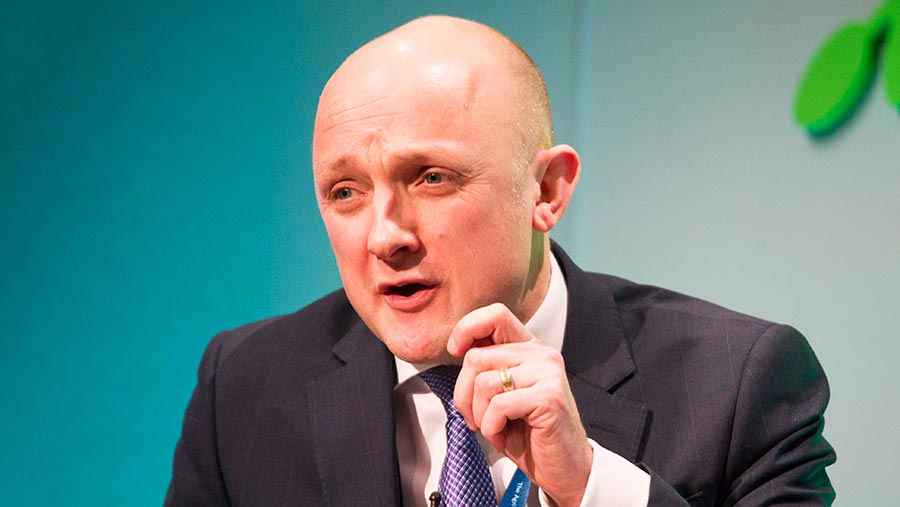 Farmers in Scotland could receive higher subsidies than farmers in England after the UK leaves the EU, it has emerged.

The Scottish government wants direct subsidies to continue at current levels beyond 2020 – at least until it is clear that producers north of the border can survive without them, reporters were told at the Oxford Farming Conference on Wednesday (4 October).

However, Defra wants farmers to move away from direct subsidies after Brexit. Instead, it favours a system that rewards farmers who look after the environment, promotes capital investment and helps make the industry more resilient to weather and price volatility.

Scottish National Party rural affairs spokesman Calum Kerr, a Westminster MP who attended the conference in place of Scottish government rural secretary Fergus Ewing, said: “The position there is that from 2020, Scotland should receive the same amount of money.”

Scotland continue to receive the same allocation, which was 16.5% plus a convergence uplift, which Defra had committed to review by the end of last year, said Mr Kerr.

“They are overdue on that – the Brexit vote is not an excuse to fail to deliver on a fair allocation.”

Agriculture was a devolved matter and it was important that continued, said Mr Kerr.

Powers repatriated from Brussels should return to Scotland rather than being centralised in Westminster. “The starting point post-2020 is to maintain the level of funding,” he said.

Defra minister George Eustice suggested devolution arrangements would continue – but it was important it was with a framework that ensured farmers within the four UK countries were able to compete on a level playing field.

Speaking during an earlier panel debate during the conference, Mr Eustice said it had not yet been decided where the borders of a UK framework for agriculture would be drawn up – or how much discretion each country would have to decide their own post-Brexit support schemes.

“We are not at that stage, but we are exploring all of these options,” said Mr Eustice. It was possible there could be a crop insurance scheme in England and something completely different in other UK countries, he agreed, but then again there might not be.

“You could – or you could not,” said Mr Eustice. “Some of these things may be UK-wide measures, but the principle reasons for having a UK framework is because we don’t want to have big distortions in the UK market.

“We want countries to pursue policies that work for their own agriculture and environment, but to preserve the integrity of the UK market, you will have to have some sort or measures that prevent, for instance, large anti-competitive subsidies in one part of the UK.”