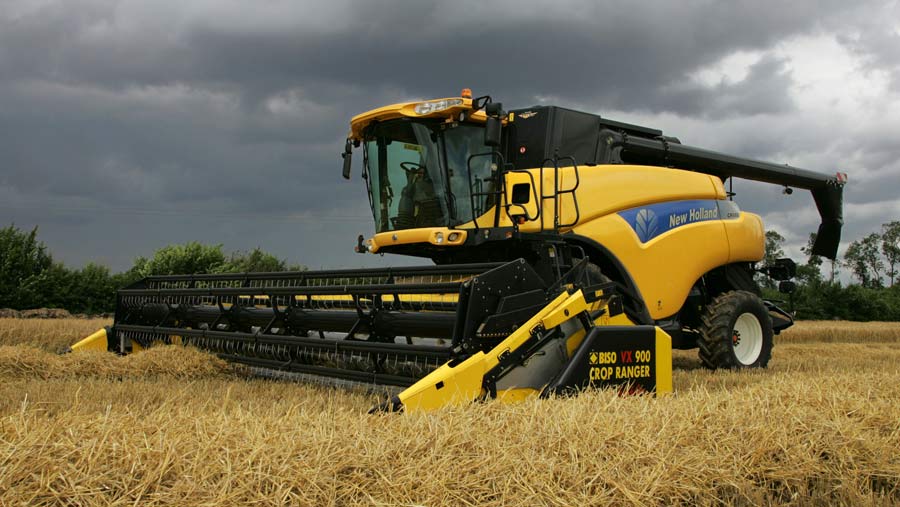 Severe thunderstorms are expected to disrupt an already challenging harvest, with flash floods affecting some areas.

The Met Office has issued a severe weather warning for much of the UK on Monday (10 August) – but says it is difficult to predict which areas will be affected.

“Some places are likely to see severe thunderstorms on Monday – but there is significant uncertainty in location and timing,” it said.

Yellow thunderstorm warnings are in place between Monday and Thursday, with “torrential downpours” expected in areas affected by severe thunderstorms.

“There is a small chance that homes and businesses could be flooded quickly, with damage to some buildings from floodwater, lightning strikes and large hail,” said the Met Office.

“There is a slight chance that power cuts could occur and other services to some homes and businesses could be lost.”

Thunderstorms were making their way up the Bristol Channel towards Devon and south Wales at 10am on Monday (10 August).

The Met Office said storms were also forming in the Reading area, with potential for further storms forming up the the West Midlands and further north.

The South Wales Fire and Rescue Service said farmers with stored hay should take action to reduce the risk of spontaneous combustion.

“If hay is put into a barn or stack when it has more than about 22% moisture, not only does the hay lose forage quality, but it has an increased risk of spontaneous combustion,” it said.

High-moisture hay stacks can have chemical reactions that build heat. Hay insulates, so the larger the haystack, the less cooling there is to offset the heat.

When the internal temperature of hay rises above 55C (130F), a chemical reaction begins to produce flammable gas that can ignite if the temperature goes high enough.

“Heating occurs in all hay above 15% moisture, but generally it peaks at 125-130F, within three to seven days, with minimal risk of combustion or forage quality losses.

“Temperature within a stack then declines to safe levels in the next 15 to 60 days, depending on bale and stack density, ambient temperature and humidity, and rainfall absorbed by the hay,” it added.

Farmers are also reminded to ensure that livestock is protected from heat stress – including the provision of adequate fresh water, shade and ventilation in buildings.