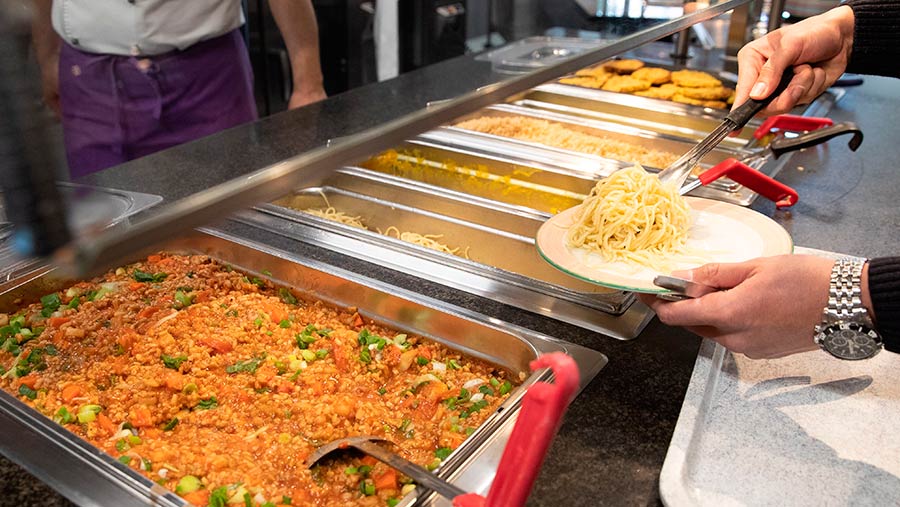 Students at the University of Edinburgh are the latest to vote on a beef ban in cafes and restaurants on campus in response to climate change fears.

A motion to ban the sale of all beef products in outlets run by the Students’ Association was debated by the student council on 30 January.

It follows similar attempts to ban beef at other universities in the UK.

There were also calls for the Students’ Association to pressure other cafes on campus and canteens in student accommodation to implement a ban, and to not offer beef products as freebies at events.

The motion received 51% of votes in favour and will now go to an online ballot in which all students at the university will be able to vote on a final decision.

She told Farmers Weekly: “There is research coming from our own university proving that there is a role for cattle in future sustainable food production.

“We should source our beef in a sustainable way, whether that’s by supporting local Scotch beef farmers or consuming less meat; but taking choice away from people is not the answer.”

EFAVS said in a statement: “The media and many other campaigners are pushing an anti-ruminant or anti-meat rhetoric, communicating the idea that all meat is bad and plant-based options are always a better alternative.

“This is a massive oversimplification. Production methods and their environmental impacts vary hugely within foodstuffs for both livestock and arable.”

In December last year, students at the University of East Anglia (UEA) voted to reverse a decision to ban the sale of beef in campus food outlets.

The university announced it had enacted the ban for climate change reasons. But the UEA Students’ Union voted to overturn its original decision.

The University of Cambridge was also criticised for removing beef and lamb from student menus as part of a so-called sustainable food policy.

The university increased the number and variety of vegetarian and vegan options at the same time as removing ruminant meat (but not pork or chicken).

Farmers responded on Twitter, arguing that locally grown, grass-fed beef and lamb was some of the most sustainably produced in the world.