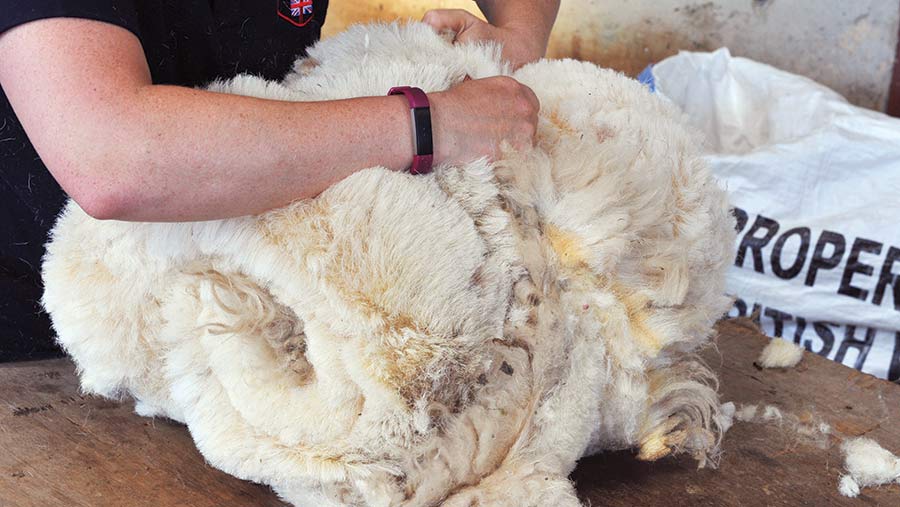 Final stage of rolling up a fleece

Animal rights activists have been ridiculed for demanding the name of the Dorset village of Wool is changed to “Vegan Wool” to promote kindness to sheep.

Residents of the 1,000-year-old village, near Dorchester, have taken to social media to ridicule the suggestion by animal charity Peta (People for Ethical Treatment of Animals) that its name “promotes cruelty to sheep”.

In fact, the village name Wool is derived from the ancient word for well, or water way, because a well was at its centre.

In her letter, she wrote: “I’m writing on behalf of Peta with a suggestion that would put Wool in the spotlight and promote kindness to sheep: renaming the village Vegan Wool.

“Why make this animal-friendly update? Unlike wool that is stolen from sheep, vegan wool is good for animals and the environment.

“Sheep’s wool, on the other hand, has been shown to be a product of extreme cruelty.”

She pledged “cruelty-free” woollen blankets to all 2,000 households in the village if they agreed to the name change.

Peta said the name change would raise awareness of the many animal- and Earth-friendly vegan alternatives to wool, from hemp and coconut fibres treated with enzymes extracted from the oyster mushroom to organic cotton, bamboo, and even banana bark.

But locals have taken to social media to laugh off the suggestion.

On Twitter, Justin Daish (@justindaish) said: “’Vegan Wool’? Are you insane? Idiocy like that is doing nothing for your public image; you’ve made Peta look like embarrassing extremists. As an animal lover it’s frustrating.”

Another blogger said she “thought it was an April Fool’s Day joke”.

Local councillor Cherry Brooks said: “It is a ridiculous request and it’s caused quite a stir in the village.

“A few people are quite offended but most people seem to find it amusing. The proposal will now need to be discussed at the next council meeting, which will be interesting.”

In the letter, Peta also highlighted an undercover video which claims to show animal cruelty by shearers employed at 25 sheep farms across England. In the video, contractors are seen punching sheep in the face, stamping on them and standing on their heads and necks.

In a joint statement, British Wool, the NFU, National Sheep Association, National Association of Agricultural Contractors, and Farmers’ Union of Wales said: “Having not had access to the footage taken by Peta we are unable to comment on this specific claim.

“However, farmers and contractors in the sheep industry take animal welfare very seriously and any behaviour that is found to fall below that standard is not tolerated.”