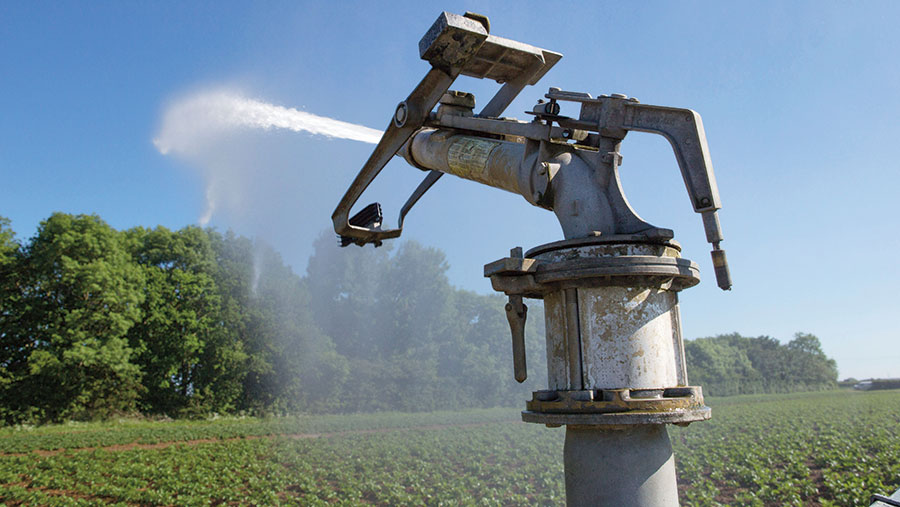 Unseasonably warm weather and a lack of significant rainfall of late means the likelihood of water restrictions is increasing, say experts.

In particular, farmers who abstract water for irrigation in key catchment areas are most likely to face restrictions this summer.

Wet and windy weather is forecast over the coming days, which could still turn the situation around, said Mr Hammett.

But he added: “Summer drought measures are increasingly likely if dry weather persists – and time is running out to fill farm reservoirs.”

It follows one of the driest and warmest Februaries since records began in 1878.

While not as warm, January was also exceptionally dry.

The month ended with less than half the long-term average rainfall across most of England.

Most areas of the country were already drier than normal for the six months prior to January.

Farmers should submit any pre-approval requests for abstraction and water trading between catchments as soon as they can, said Mr Hammett.

The NFU has also requested that the Environment Agency gives permission for farmers to abstract extra water if it is available, he said.

“We need to start planning now for potential problems with water resources this summer,” he said.

“We cannot wait until we have a problem.”

The Environment Agency has decided to extend the winter fill period until April, which Mr Cauldwell said was a useful first step to help farmers with storage facilities.

But he added: “Many farmers are summer abstractors only and are wondering where the water will come from.”

Published on Tuesday (26 February), the agency’s latest forecast suggests moderate to poor prospects for irrigation in key areas of East Anglia and the Midlands.

Other areas face moderate irrigation prospects with only the South East classed as good.

Environment Agency senior adviser Bob Hillier said: “We have been working with farmers to increase flexibility with abstraction where possible.

“If there is a lack of available water we are willing to review the situation – but it is important that we abide by the standards in place to protect the environment and other abstractors.”

Farmers wanting to abstract additional quantities of water or other forms of flexibility abstraction, including those who wish to re-fill winter storage reservoirs, should contact the Environment Agency sooner rather than later.