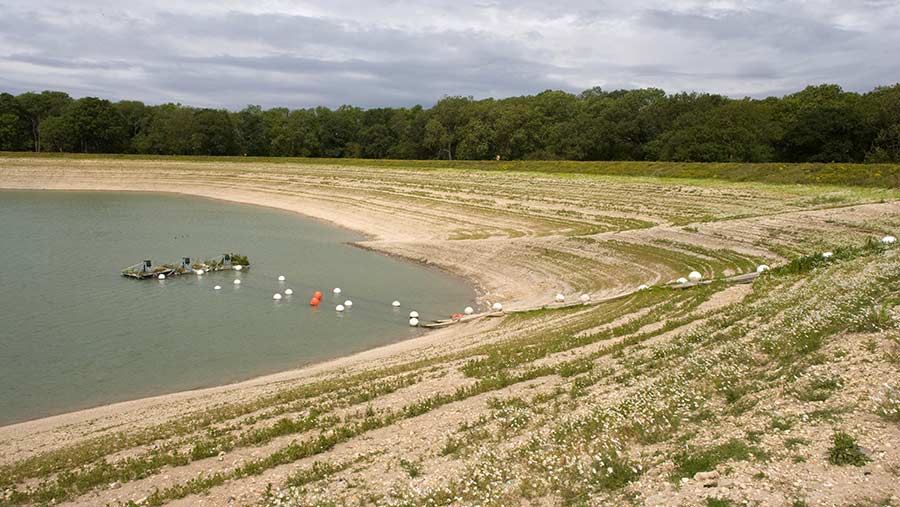 The Environment Agency has confirmed plans to extend the refill season for winter storage reservoirs into April.

This follows concern that lack of rain over the winter months and possible risks for the summer could leave farmers short of water.

The agency said the main focus was the East of England, which had not yet shown strong signs of recovery in the wake of last year’s extremely dry summer.

The NFU and Environment Agency has arranged a series of “abstraction clinics” for farmers in Cambridgeshire, Bedfordshire and parts of the Midlands.

The agency said farmers and the environment faced the biggest risks and those involved needed to take action now to prepare for what could be a difficult summer.

In the first 15 days of January just 4% of the expected long-term average monthly rainfall was recorded, resulting in most rivers flows being very low for the time of year.

Levels in several reservoirs in central England remained below normal, with groundwater in aquifers stretching from Oxford to Cambridge also yet to recover.

The Met Office three-month outlook was for a slightly higher chance of drier weather than wet during January to March.

“If the coming months are dry, water available for spray irrigation by farmers may be limited during the summer,” an agency update said.

The NFU said the situation was similar to 2017 and better than early 2018 – but last spring’s high rainfall event had a major impact on water availability.

A return to wet weather conditions could still turn the situation around, but summer drought measures/conditions were increasingly likely if dry weather persisted, it said.

NFU water specialist Paul Hammett said: “We have asked government to do all it can to avoid a repetition of last year where domestic supply was unaffected while farmers ran out of water.”

Mr Hammett said the NFU had tabled a series of requests to Defra and the Environment Agency on the basis of hoping for the best but preparing for the worst.

These included an early review of licence flexibility developed last year, with particular focus on arrangements to late-fill farm reservoirs when water was available.

A greater understanding was needed of ways to support farmers and other rural users who relied on private drinking water supplies, it said.