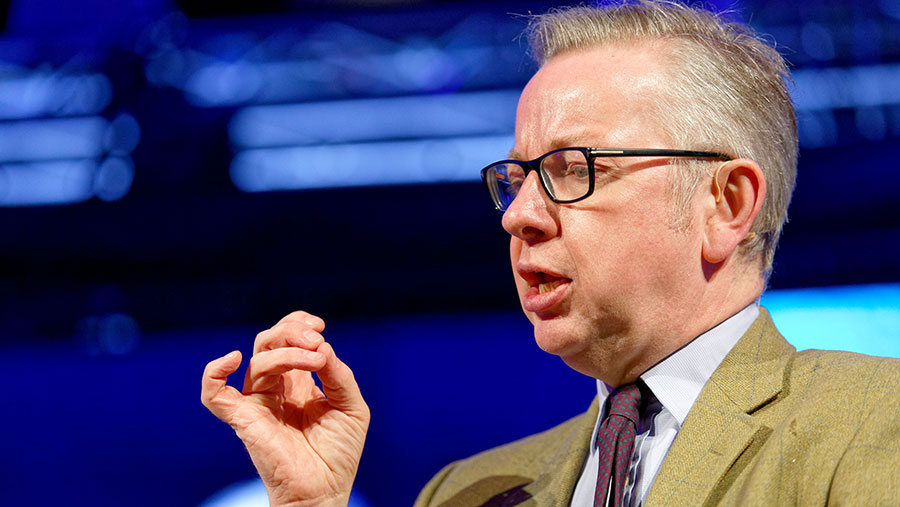 Defra secretary Michael Gove has pledged to do everything necessary to help farmers hit by one of the driest summers in living memory.

Speaking after attending a drought summit hosted by the NFU in London on Wednesday (1 August), Mr Gove said he would do “whatever it takes in order to make sure farmers can continue to run successful businesses and that food supplies can continue to be healthy”.

The promise came as the Met Office released provisional statistics showing that last month was the third warmest July on record – with a mean average temperature of 17.2°C putting it behind only the record of 17.8°C in 2006 and the 17.3°C seen in 1983.

Upwards of 50 industry representatives from all the main farm sectors gathered for the summit meeting with government officials They included the Country Land and Business Association, the Tenant Farmers’ Association, the Rural Payments Agency and farm charities.

With no significant rain since May, those present called on the government to implement flexible water abstraction rules in the short term, to prioritise overdue support payments, and to provide support for transporting fodder and straw to farms in need.

Mr Gove said: “Our priority is ensuring that we support high-quality food production in this country. I know that farmers are already working together to make use of available fodder and very much want to see this continue.”

The Environment Agency said it was working closely with farmers to allow flexible water abstraction licensing where possible. But these arrangements will only be allowed if the agency is “reasonably satisfied” there will be no adverse impacts on the environment or other water users.

Farmers are also being urged to help themselves, with cereal growers encouraged to bale surplus straw from combinable crops and offer it to livestock producers suffering from a shortage of summer grazing and winter forage.

Mr Gove added: “We are already regulating more flexibly to ease some of the immediate pressures for farmers. We will be staying in contact with the NFU and others on the industry’s plans for longer-term resilience.”

NFU president Minette Batters, who chaired the summit, said the drought and the bad winter that preceded it highlighted the importance of food production – and the need for future policies to address market failure and volatility rather than being based purely on environmental measures.

The government had made much of its proposals to introduce a system of public money for public goods, she said. But direct payments to farmers – which Defra wants to scrap – had been the only buffer available to protect farmers from the vicissitudes of the market place.

Ms Batters said: “We would all like to farm without support but the reason why government’s across the world do support agriculture is to deal with market failure and volatility – to ultimately keep food prices affordable and to avoid price spikes.”