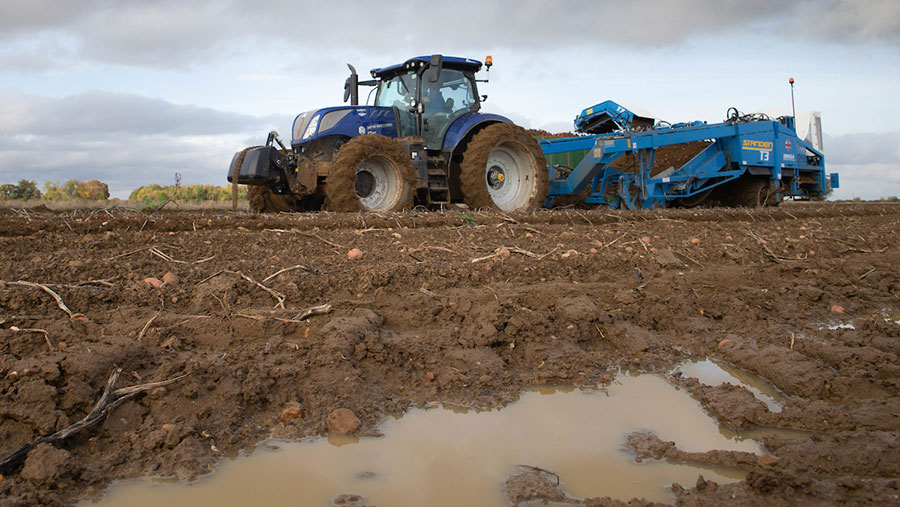 Many thousands of acres of farmland in the UK are under water after one of the wettest autumns in recent living memory.

For many arable farmers, autumn drilling has ground to a halt, and for those who have managed to drill crops, they are now concerned they will be written off.

Anecdotally, only one-third of autumn crops have been drilled.

The prolonged wet weather is also causing a major headache for potato harvesting and there is a serious risk that much of the crop will be left in the ground.

The maize harvest has also been seriously hampered by wet weather delays, and on many livestock farms, animals have been housed several weeks earlier than normal, adding pressure on forage supplies and additional costs.

As more wet weather is forecast this week, a number of farmers have taken to Facebook and Twitter to say they believe this autumn is the most challenging they can remember.

But is it worse than autumn 2012, when heavy rain and flooding threw autumn drilling plans into chaos?

Email your flooded farm pictures and stories to philip.case@proagrica.com