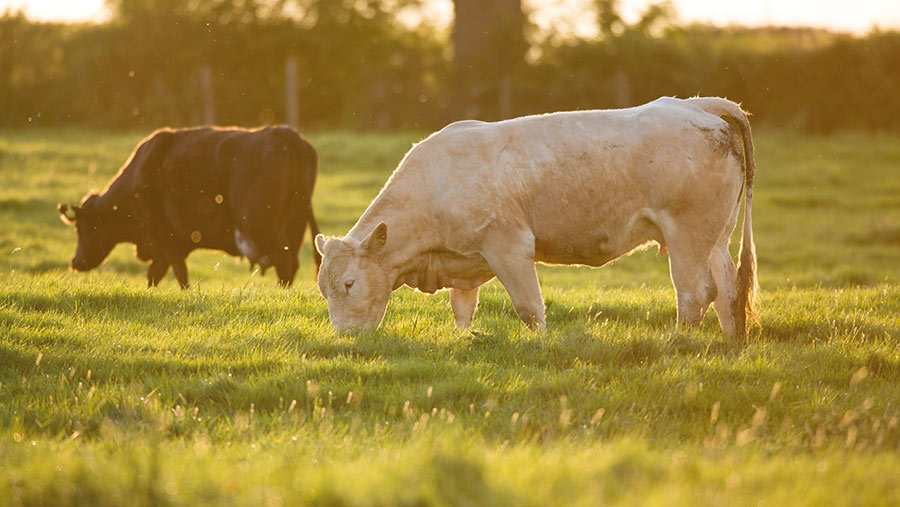 UK agriculture is experiencing a fundamental shift in farming policy, and that turbulence will continue in 2022.

We speak to farm leaders from across the UK to hear their hopes and fears for agriculture for the next 12 months. 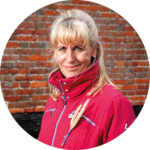 The widening gap between cost of production and farmgate prices will put pressure on farm business margins in 2022 as inflation drives up input and labour costs, warns the NFU.

Although some commodities are enjoying strong prices, with positive future prices especially for milling wheat and buoyant markets for beef and lamb, NFU president Minette Batters says exponential rises in input costs will intensify financial challenges to farm businesses into 2022.

Amid this turbulence, Mrs Batters says it is vital to get new farm support policies right.

Farmers, she insists, are keen to be involved in Defra’s Sustainable Farming Incentive (SFI) and to deliver more for the environment, but she says the scheme needs to recognise the costs involved and make sure that every land area is fairly rewarded.

“We are particularly disappointed that there is so little detail and next to no economic return in the moorland scheme. This needs urgent attention. With Scotland, NI and Wales developing schemes for 2024, it’s essential that the scheme in England doesn’t disadvantage English farmers.”

Mrs Batters believes new Environmental Land Management (ELM) schemes in their current form don’t offer farmers an economic return – and there is urgent work needed in 2022 to ensure that they do.

Initiatives for driving economic value back into the land must progress in 2022, she adds. “We really have to create an economic model for the countryside that drives genuine value back into our land.”

Mrs Batters wants changes to how the Farming Rules for Water regulations are enforced, too. “We have Natural England, the Environment Agency and the Rural Payments Agency that all have powers in this area, but are all unaccountable bodies; we need government departments leading on this.”

Next year will be one of massive change for farmers in England, but Mrs Batters reckons there is good reason to be upbeat, too.

“We have young and enthusiastic young farmers who see nothing but great opportunities for British farming, for new trade and for the role of farming in the climate solution.” 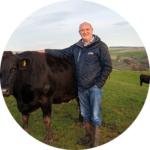 Welsh farmers have the security of the full Basic Payment Scheme (BPS), not just for 2022, but 2023 too, allowing some financial stability in the two years ahead. However, the prospect of tougher bovine TB cattle controls and curbs on compensation could make the year a challenging one for some sectors.

NFU Cymru president John Davies is generally upbeat about the prospects for Welsh farming in 2022.

“The stability of the BPS in these volatile times and the continuation of Glastir payments for two years is very welcome,” he says.

Mr Davies is also very positive that Welsh farmers will deliver on environmental commitments without harming their businesses.

As chairman of a group exploring how different technologies and scientific developments can help farmers reduce emissions, he says he has a “glass half full” outlook for Welsh farming.

On bovine TB, the union will challenge the Welsh government on some of the proposals set out in its latest consultation, notably a plan to introduce a table valuation system that would see compensation payouts cut for many, especially pedigree herds with high-value animals.

Mr Davies acknowledges that some additional controls mooted in the consultation may be necessary to prevent TB from spreading in areas with historically low levels of infection, but that convincing the government of the need to consider the science on the issue of wildlife controls would continue to be “an uphill struggle”.

The challenge to the Welsh government’s decision to roll out new rules controlling pollution across Wales is a key focus for the industry going into 2022.

The unions recently gave evidence to the Senedd’s Economy, Trade and Rural Affairs Committee for the ongoing review of those rules.

Farmers’ Union of Wales (FUW) president Glyn Roberts says to maintain the current pan-Wales approach would unfairly penalise farmers, since only 16.7% of the total number of water pollution incidents from 2016 to 2020 were related to agriculture. 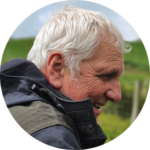 “It is difficult to predict what the committee will recommend in its final report to the Welsh government, but at least such recommendations will now be considered by both the Labour and Plaid Cymru parties in light of the recent co-operation agreement.”

He hopes as a minimum that the derogation to increase the maximum whole-farm nitrogen application limit from 170kg/ha to 250kg/ha for farm holdings which are at least 80% grassland will be reintroduced, and that there will be a shift away from the farming-by-calendar approach to application.

Mr Roberts says the majority of Senedd members with rural constituencies recognise the industry’s concerns and are against the current approach. However, most of the Labour Senedd members are located in urban areas.

“There are therefore conflicts of interest when it comes to agricultural and rural affairs matters,” he suggests. 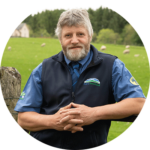 In Scotland, interventions that halt the sell-off of carbon credits for offsetting emissions are being sought in 2022.

Martin Kennedy, president of NFU Scotland (NFUS), insists that soil carbon belongs to the people of Scotland and regulation is needed around the trade in carbon credits and the acquisition of land by large corporations for tree planting.

“I met two Americans at COP26 who were here to buy carbon credits. This trading of carbon and planting whole farms with trees will have implications for future land use in Scotland,” says Mr Kennedy.

“Carbon credits belong to Scotland, but that won’t be the case once they are in the hands of the private sector. It is not often that farmers ask for regulation, but in this case there needs to be a proper impact assessment.”

Another priority in 2022 is to get a new support policy in place that will work for Scottish farmers. Mr Kennedy describes England’s ELM scheme as a “car crash” and says Scotland’s own schemes must be very different.

“We need to get this policy right. It is a once-in-a-generation opportunity to get a policy in place that can provide an economic return for farmers and deliver on climate change mitigation and environmental enhancements.”

Issues around labour availability for the agricultural and horticulture sectors also need to be resolved.

Mr Kennedy says the Seasonal Workers Pilot scheme must be replaced with an improved permanent scheme in 2022, and must work for both farm businesses and seasonal migrant workers.

“A shortage of both permanent and seasonal workers is seriously affecting farming businesses across Scotland,” he says. 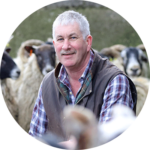 An urgent resolution to the Northern Ireland protocol is a priority for the Ulster Farmers’ Union (UFU), with a warning that “deeply damaging” barriers to trade and livestock movement will cripple farms if they persist into 2022.

Victor Chestnutt, president of the Ulster Farmers’ Union (UFU), says the effect of the protocol is wide-ranging, from presenting challenges to day-to-day farming operations to destroying aspects of some sectors.

“I spoke to a farmer who had ordered a new belt for his combine; it took two weeks to arrive. Before Brexit, he would have had it within 24 hours,” says Mr Chestnutt. “The old belt was frayed, not broken, so he could use the combine, but if it was broken he would have lost his entire harvest.”

The protocol is causing untold harm to agriculture overall, Mr Chestnutt suggests. “We have discussed these issues with politicians until we are blue in the face, but at least the mood music seems to be that we are going to get a solution.”

He also has reason to be optimistic about changes to the bovine TB eradication policy and the prospect of wildlife controls.

He expects an announcement on this at the end of April. “We think we have got most MLAs [members of the legislative assembly] who are supportive. They see that there is no other way of dealing with a TB problem that is getting worse without tackling wildlife.”

Climate changeis another key subject for the year ahead with not one, but two bills l currently progressing through the NI Assembly. The next 12 months  will see decisions made about these and this could have major implications for dairy and livestock farming.

Farmers, says Mr Chestnutt, hold the solution to climate change, and he insists that NI’s livestock sector is “not up for sale”.

He says: “The environment needs to be viewed on our farms as an added enterprise.”