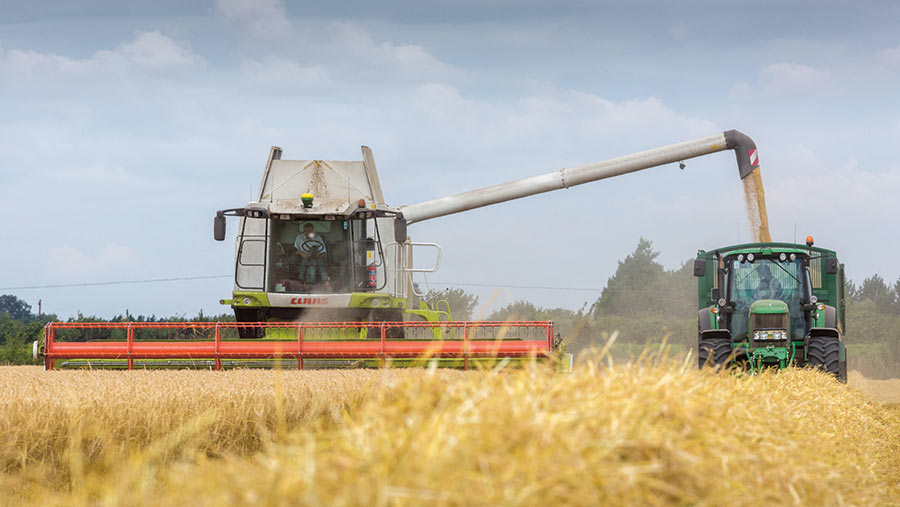 A shorter growing season than usual, along with a lack of moisture, saw spring barley yields drop by 1.17t/ha in the AHDB’s Recommended List, with the average yield of control varieties coming in at 6.47t/ha.

That experience was replicated on many farms in the UK, as well as across north-west Europe, with detrimental effects on yield and grain quality reported.

See also: 4 nutrients get spring barley off to a strong start

“The weather we experienced in 2018 had the effect of condensing a 130-150 day growing season into 90 days,” says Sean Sparling, independent agronomist and chairman of the Association of Independent Crop Consultants.

“Expecting spring cereals to yield the same in these circumstances is unrealistic. Once they’re that far behind, you can’t spend your way out of trouble on remedial action,” Mr Sparling adds.

The main lesson to come from 2018 is that it’s too late to drill spring barley and spring wheat after mid-April, lending some credence to the term “cuckoo barley”.

“Spring cereals don’t have the same drilling flexibility we have with winter wheat. When they go in late, they end up resembling a forage crop that doesn’t finish,” he says.

“In most seasons, there’s enough rainfall to fill the grain, but that’s not guaranteed.”

Looking ahead to this year, where spring crops do get a better start, they are reliant on getting optimum amounts of macro and micronutrients, with nitrogen and phosphorous, as well as magnesium, manganese and zinc, all being highlighted by Mr Sparling.

“Timing and availability are key with nutrients. Crops have to be able to access the right nutrition when they are growing so fast.”

Chris Bean, technical director of Zantra, agrees there were major problems where spring cereals were drilled too late last year.

“We would normally be looking at a February drilling date for spring barley in Kent, but there wasn’t much done before the end of April. That late start, along with some very rapid growth and hot, dry conditions afterwards, caused difficulties.

“If there’s one message for 2019, it’s to aim to get your spring cereals drilled earlier – but never force a seed-bed,” says Mr Bean.

He believes there are some things that can be done to help with timely spring crop establishment, regardless of the weather, and reminds growers that once the seed is in the ground, it needs to be able to get away quickly.

“The seed-to-soil contact is so important. Everything that can be done to get the best seed-beds and conserve moisture is sensible,” he adds.

Over the past two years, he has seen benefits to spring crops establishment where cover cropping has been used over the winter. Its help in giving soils some weather resilience has been important in two very different seasons, he believes.

“Cover crops seem to have taken the excess moisture out in a wet year, by the natural processes of translocation and evaporation, but also helped with the soil’s function and moisture retention in a dry spring.

“So when the weather suddenly changes, as it did in spring 2018, they had already done a good job of helping with moisture management.”

In both years, the resulting improved soil structure and presence of tilth after cover crops gave better seed-beds, he continues, allowing growers to get on and drill in reasonable time.

“Cover crops made the drilling operation easier. Having tilth means that where direct drilling or min-tilling is being used, there is good coverage of the seed in the slot.”

Any cover crop mix used before spring barley should be capable of reaching a reasonable biomass, he advises.

“Depending on the components of the mix, their roots should go down to a good depth, which is why they can help relieve any compaction. They also help with keeping nitrogen in the ground.

“Both of these have a benefit for the following spring crop, although they are harder to quantify.”

They may also help to even out soil temperature fluctuations – something which certain spring crops are susceptible to.

Otherwise, he recommends that any fertilisers are applied early to spring cereals, with nitrogen and sulphur applications being made to the seed-bed or soon after emergence.

“There are indications biostimulant seed treatments may have a role in helping with quicker emergence and better establishment. The other consideration for growers on high pH soils is manganese, as it could be in short supply. Manganese on the seed is often a sensible precaution.” 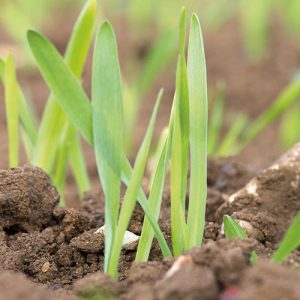 Dorset grower Bob Rowe of Chase Farming bucked the trend and achieved average spring barley yields of 8.2t/ha in 2018, as well as hitting the malting specification.

Farming 2,000ha of combinable crops and managing a further 650ha, Mr Rowe has always strived for high yields on the chalky soils that are typical of the Wimborne area.

Despite his success, the 2018 season wasn’t without its challenges, he recalls, with both March and April being very wet months.

“We had three times our average amount of monthly rainfall in March and double in April,” he says. “After that, it then didn’t rain again until the last three days in July.

“Fortunately the chalk in this area acts as a sponge and is moisture retentive, so the roots were still able to access water. Nutrient lock-up is common as the soil has an average pH of 7.8, so that’s something we have to take account of with all of the crops grown.”

His worst yields came from fields where the barley was forced in late, emphasising the importance of timeliness with spring crop drilling and the need for good seed-beds.

Mr Rowe uses an oil radish/phacelia cover crop before spring barley, using it to capture nutrients and improve soil structure. He grazes sheep on it in the autumn before spraying it off in early January.

“We then min-till it, before drilling spring barley in February. It’s been giving us good results.”

He grew Planet and Laureate, which produced grain nitrogens of 1.5-1.65% and retention of 94-97% – the best the farm has ever achieved.

He makes use of a full plant growth regulator programme to manage tillers and uses a full fungicide programme including chlorothalonil at the later timings to keep disease at bay.

“It’s a very simple system but the timing has to be spot on,” he says.

A spring barley yield of 8.2t/ha put Hugo Lee, a grower from Jedburgh in the Borders, in the 2018 winner’s line-up in the YEN competition.

Despite a very late April 25 drilling date followed by six weeks of no rain, his crop of Laureate exceeded his expectations and produced both yield and hit specification, with grain N of 1.47%.

“This is a mixed farm and we use plenty of cattle manure, which seems to help with moisture management.”

He upped the seed rate to 475 seeds/sq m, applied 120kg/ha of nitrogen in two splits and used two fungicides at a cost of £39/ha.