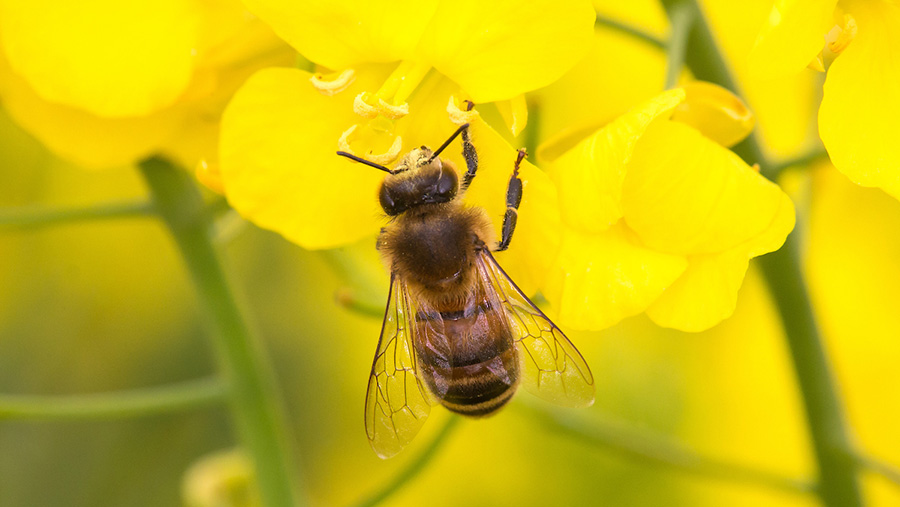 Lawyers acting on behalf of the NFU are in court battling to overturn a ban on neonicotinoid pesticides, which have been linked to harming bees.

The appeal against the European Union’s ban on all outdoor use of neonicotinoids, brought by Bayer CropScience, began at the European Court of Justice (ECJ) in Luxembourg on Wednesday (3 June).

In December 2013, the European Commission announced a ban on the use of three neonicotinoid pesticides after scientists linked their use with harm to bees.

The ban covered the use of three active ingredients, Bayer’s imidacloprid and clothianidin and Syngenta’s thiamethoxam, for use on flowering crops considered attractive to bees, such as oilseed rape, maize and sunflowers.

The EU extended the ban in 2018 to cover “all outdoor use” of the three actives, including sugar beet.

In May 2018, Bayer and Syngenta launched a legal challenge against the ban, but the EU General Court threw out the challenge and ruled that the commission had correctly applied its “precautionary principle”, which “gives precedence to the requirements relating to the protection of public health, safety and the environment over economic interest”.

Peer-reviewed studies have linked the use of neonicotinoids to a decline in bee populations, but the findings are bitterly contested by Bayer.

It maintains that the studies were “carried out in artificial confines of a laboratory and are by no means representative of realistic field conditions”.

On Wednesday, Bayer launched an appeal against the General Court’s judgment from May 2018, challenging its decision to uphold the commission’s ruling.

Bayer’s appeal raises a number of concerns about the General Court’s judgment:

The NFU is acting as an intervener in the case in support of Bayer’s appeal.

“That worries us as farmers, both in respect of other plant protection products but also more widely.”

A 2017 report has concluded that the neonicotinoid ban has cost the European oilseed rape farmers alone almost €900m (£803m) a year, including a yield loss of 4%, which translates to 912,000t of oilseed.

However, green NGOs BeeLife, BugLife, Greenpeace and Pesticide Action Network Europe support the European Commission’s decision and they are intervening to ask the court to dismiss Bayer’s appeal.

In a statement, BeeLife said: “Today’s hearing could mark another step towards ensuring that legitimate efforts to implement EU legislation, protect bees and the environment are highly valued.

“It is also the opportunity to send a clear message that economic interests do not override environmental protection in Europe.”