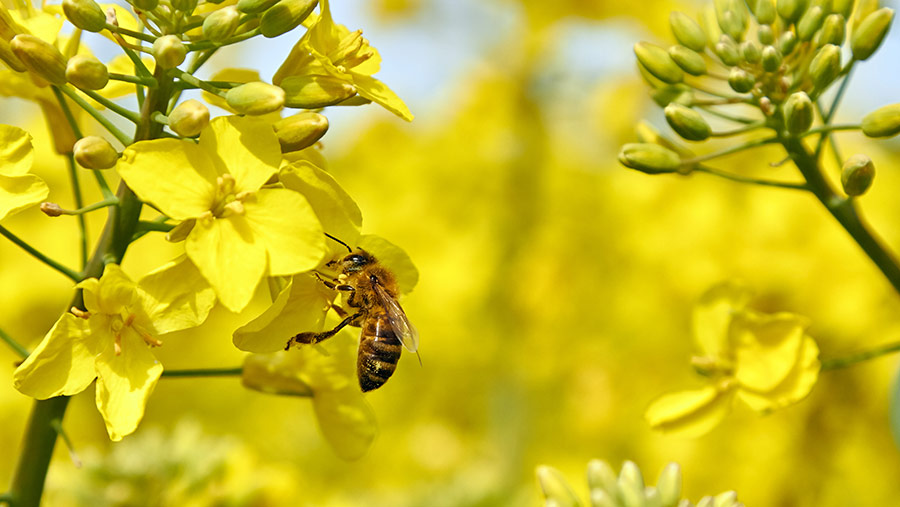 Bayer CropScience has expressed its disappointment after its legal challenge to overturn an EU ban on neonicotinoid pesticides was rejected.

The European Court of Justice (ECJ) dismissed an appeal by Bayer, on Thursday (6 May), which challenged the ban on neonics that has been in place since 2018.

The ban covers three active ingredients: imidacloprid and clothianidin, which are both manufactured by Bayer, and Syngenta’s thiamethoxam.

In 2018, EU countries voted to extend the ban to cover “all outdoor use”, except those grown in greenhouses, after studies linked the use of neonics to a decline in bee populations.

In its ruling, the ECJ said a risk to bee colonies through the use of these actives “could not be ruled out”, adding that there was “scientific uncertainty at this stage as to the rate of mortality of individual bees”.

In a statement, Bayer said it was disappointed by the verdict but it stood by the safety of its products.

The company added that the verdict “seems to allow the commission almost carte blanche to review existing approvals upon the slightest evidence, which need not even be new scientific data”.

Bayer has withdrawn both active substances imidacloprid and clothianidin from the EU renewal programme under Regulation 1107/2009, and it said it will not aim for re-registrations in Europe.

However, it will continue to offer its imidacloprid and clothianidin product portfolio in all other regions, where appropriate risk mitigation measures are applied, to ensure that products are used safely and effectively without adverse effects on people or the environment.

France has partially lifted a ban on the use of neonicotinoid-coated seed dressings for use on sugar beet crops for three years to 2024, after beet growers suffered devastating yield losses of up to 50% from virus yellows disease.

The NFU had been lobbying Defra to lift restrictions on the use of neonics seed dressings for beet crops planted earlier this spring.

However, although Defra granted authorisation for its emergency use in beet crops, it was later decided that neonics would not be used in England’s beet fields this year after cold weather killed off virus-transmitting aphids.