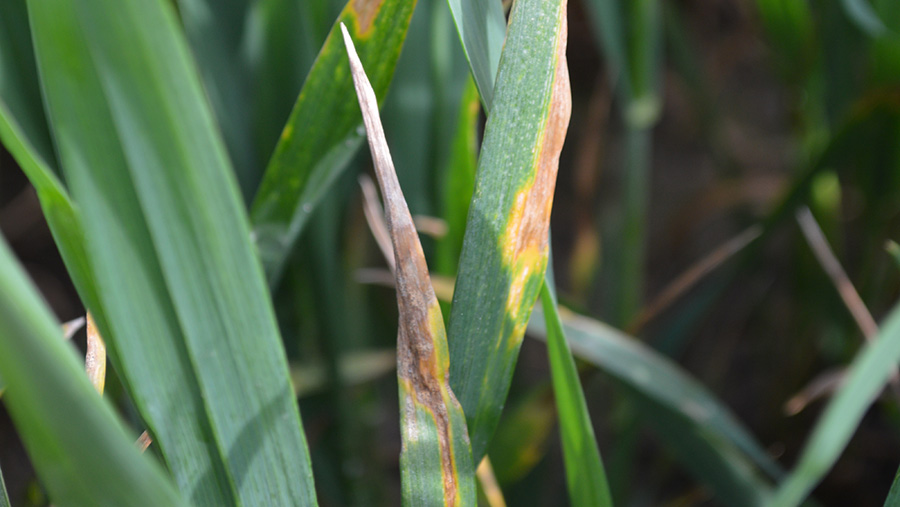 Agrochemical and seeds giant Corteva Agriscience hopes to launch a range of new products over the next year or two to help fight off fungicide resistance and cut growing costs.

The group, which is the agricultural division of DowDuPont, has a new cereal fungicide, an oilseed rape herbicide, together with an insecticide and two new oilseed rape varieties in its product pipeline.

The first is the cereal fungicide Inatreq, which is a different type of systemic fungicide to azoles and SDHIs. It could provide an extra tool for the fight against septoria in wheat crops and help growers cope with disease resistance.

Adrian Gough, UK and Ireland head of the group, said UK farmers would benefit from the group’s array of new products in its near-term pipeline.

“The Inatreq launch could be 2019 or 2020, and it is a very important launch for us and the industry,” he told Farmers Weekly at Cereals 2018, held at Chrishall Grange, Cambridgeshire.

The group also has a new post-emergence oilseed rape herbicide based on its cereal herbicide compound arylex, which could cut the need for pre-emergence products and may be available as early as this autumn.

“Hopefully it will be available later this autumn, but it may not be in time for the product’s useable period,” Mr Gough added.

The group is also awaiting clearance for a new insecticide branded isoclast, which controls sap-feeding insects in cereals and is based on sulfoxaflor – a new class of chemistry.

The first is PT279CL, which could be the first Clearfield variety to be fully recommended on the list. These varieties are tolerant to certain herbicides and can allow for a pre-emergence herbicide to be omitted, therefore saving on costs.

The second is the hybrid PT275, which offers a high gross output and good resistant to light leaf spot with a resistance score of 7.

“Certainly we have some very exciting technologies for farmers and we hope they will be able to gain from these new products,” Mr Gough said.