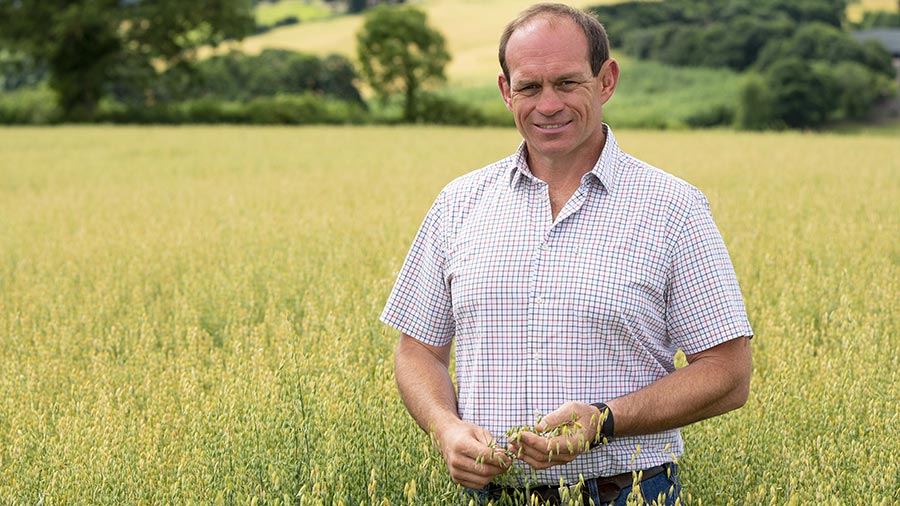 Simon Best, Farmers Weekly’s Arable Farmer of the Year 2021, believes his focus on crop nutrition, tailoring fertiliser applications according to leaf tests carried out in the growing season, was a key reason for his very high winter oat yields last summer.

This combined with a robust fungicide programme and feeding soils with compost resulted in the Northern Ireland farmer scooping the top award in the 2020-21 Yield Enhancement Network (YEN) competition.

Simon farms 465ha near Poyntzpass in County Armagh and his 140ha of oats are destined for the local mill (Whites Oats), just five miles away.

He earns a premium for adopting wildlife-friendly measures and being a Linking Environment and Farming (Leaf) farmer.

Simon’s oat area is a mix of winter and spring, with millers’ favourite Mascani and spring newcomer Isobel.

Last year, his winter crop took the top YEN award with a yield of 9.2t/ha, and this was achieved without compromising yield. In fact, he exceeded the 75% kernal content and 98% hullability target quality specs.

So how did he achieve this? Simon points out that it was an exceptional growing season.

“It was mild when crops went in April and we saw the temperature record being broken three times last summer.”

Consequently, it was a long growing season with plenty of sunshine at the critical grain filling stage.

But even with the ideal conditions, crops need to be managed well to capture this potential and Simon came top in that category, too.

His YEN crop of Mascani reached 87% of the potential grain yield of 10.5t/ha. So how did he manage to capture nearly 90% of the crop’s potential?

He puts it down to several factors – the key one being his greater focus on crop nutrition.

Last season, he took a different approach where he used data collected during the season to guide fertiliser inputs, rather than apply a fixed amount across two splits.

Crops were sap tested every three weeks and nitrogen was applied when the crop needed it, so avoiding any overapplications.

For example, the first nitrogen application made on 6 March was for 50kg/ha, much less than what he used to apply in the first split.

“Sap analysis showed the crop was not hungry, so we kept the rate down,” he says.

Sap testing was also used to identify any micronutrient needs and he recalls that early on it showed a manganese deficiency in the winter oats, so he applied manganese in April.

Later testing identified zinc and magnesium deficiency, which was treated along with the T3 treatment in May.

In barley, where he used the same approach, it was zinc and copper that were deficient.

Another reason for his success is good soil health, having regularly applied compost over many years.

The family had diversified into a green waste recycling business, taking material from local councils to produce compost.

Consequently, soil organic matter now stands at 7.5-11% and the compost is maintaining soil P and K levels without the need for bagged fertiliser.

Soil pH has also been managed through periodic liming, with soils kept at 6.6 and above.

He drilled the winter oats on 15 October at a rate of 325 seeds/sq m to achieve 260-280 plants/sq m. For weed control, the crop received a pre-emergence spray of Hurricane (diflufenican).

While a robust approach is needed, he points out that Moddus can be a bit harsh when used later in the season, so he has adopted a three-product strategy (see table).

Due to the high yield potential, he opted for a robust four-spray programme with crown rust and mildew being the key disease threats.

“Usually we would aim for two or three sprays, but it turned out to be a high yield potential year. We are also trying to push yields by holding nitrogen back and taking a more robust approach to disease.”

His winter oats were combined from 13 August to 19 August and at 17% moisture, which is low for Northern Ireland.

“Harvest conditions were ideal and we even got down to 15.1% moisture,” says Simon.

This season, he is opting for a similar approach although he isn’t planning to reduce nitrogen any further despite the high urea prices.

So are double-digit oat yields possible? He points to growers in the Republic of Ireland who are achieving this level of yield.

“They are proving it can be done.” One key difference is that they are generally growing the spring oat variety Husky as a winter crop.”

So this year, Simon has a couple of trial plots with Husky and Isobel being grown as winter crops to see how they perform.

Husky is early to mature and if it ripens a week early, that will be a big benefit, he says. “This can help with straw as we can’t desiccate oats [for milling].”

Straw is a key product, being sold to local livestock farmers, so cutting earlier reduces the risk of straw spoiling when the weather turns in late summer. 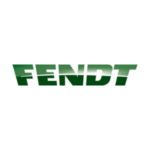 The 2022 Farmers Weekly Arable Farmer of the Year is sponsored by Fendt.