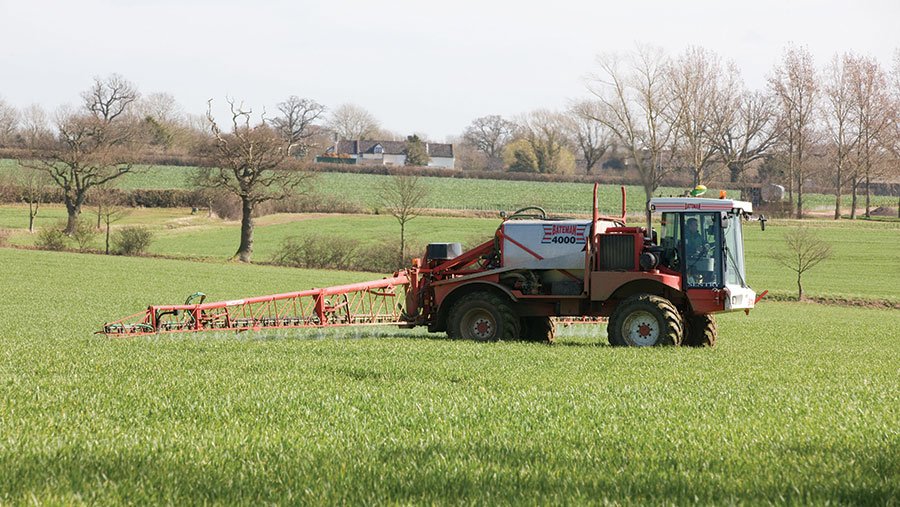 Needed in such finite quantities, micronutrients can be easily overlooked as another expense, with deficiencies putting cereal yields at risk as well as leading to crops that are more susceptible to disease.

Even though micronutrients can be as important as macronutrients such as nitrogen, potash and phosphate, deficiencies are frequent and widespread.

According to the AHDB, manganese, copper and zinc are the three most common micronutrient deficiencies in cereals, and often by the time visible signs of deficiency show up, the damage is already done.

Chris Martin, technical manager at Agrovista, believes farmers have not had access to sufficient information on micronutrients because it’s almost impossible to demonstrate their importance in small trial plots.

“Scientifically, there are huge benefits, but the only way to see them is on individual farms,” he says.

“Look at what can be done on your own farm as that’s what will make you money.

“By looking at micronutrition, almost every farm could learn something that could change its policy.”

Manganese helps to activate metabolism enzymes in plants, and those with deficiencies can suffer significant yield losses of up to 60%.

The biggest manganese deficiencies are often seen in barley, and severe deficiency could kill off a crop, explains Mr Martin.

“It can be a big issue in all cereals; wheat, barley and oats. It also has a role to play in disease susceptibility, because if a crop is not healthy then growers cannot cut back on fungicides.”

Copper is used for plant growth and fertility (number of grains per ear); aiding photosynthesis, carbon and nitrogen metabolism, and is associated with plant defensive response to pests and disease.

Zinc is important for root development, so is particularly important where there are establishment issues.

It aids the structural stability of the plant to help it grow up and away.

Manganese deficiency can be enhanced by cool, dry weather.

Other risk factors include under-consolidated seed-beds, low soil temperature, low rainfall, over-liming, pH above 7.5, or 6.5 on sandy soils and 6.0 on organic, peaty or marshy land.

With copper, shallow soils over chalk with a high organic matter and sandy or peat soils increase the risk of deficiency occurring.

Zinc deficiency is likely to occur on sandy soils with a high pH or a phosphate index of five and above.

Growers should be proactive with soil and tissue testing, as it can be the most accurate way to identify a deficiency, advises Mr Martin.

Soil tests can indicate the likeliness of a deficiency, but tissue testing will show the real situation of the crop.

Manganese can be tested for in soils, however, tissue testing is more accurate as it can be easily leached.

Copper can be tested for in soils, but using tissue testing from flag leaf stage will assess plant uptake.

With zinc, growers should start tissue testing at the start of genuine spring growth – around February.

“Tissue testing results can change from week to week, but benchmarking against where the nutrient levels should be can be useful,” explains Mr Martin.

“Then test later in the season to see how well the plants do.

Realistically, growers should take one soil and/or leaf test per field, he says.

“Growers can look at their variable rate figures, but it’s unlikely that they would variably apply trace elements and are likely to apply on the field average.”

Timing is vital for treating any micronutrient deficiency.

“If growers have soil tested and the field has a high pH or calcium level, this can exacerbate manganese deficiencies,” explains Mr Martin.

“High levels of organic matter can also tie it up, so growers need to get a feel for their soils to match up the nutritional need.

“For areas such as the central Midlands, where soils have a pH of 7 or above and high calcium, a prophylactic seed treatment would mean the plant has the nutrients from the word go, but foliar sprays are a lot better than they used to be,” he adds.

Manganese deficiency can be tackled with both seed treatments and a foliar fertiliser in autumn or spring.

AHDB advises that copper deficiency should ideally be treated using soil-applied fertilisers in the autumn as, depending on application rate and soil texture, treatments can be effective for up to 10 years.

Soil testing intervals of three to five years is, therefore, advised. However, foliar treatments can be applied at late tillering or early stem extension.

Foliar nutrients can be applied more cost-efficiently by tank-mixing with inputs such as fungicides, although not all products are compatible, so it’s vital to check first.

However, unless they’re careful, growers can end up putting on products that their crops don’t need, warns Mr Martin.

“Multi-nutrient products can be an issue and growers can pay for nutrients they don’t need – therefore it’s advisable to back up inputs with a soil test every three to four years to see what is needed.”

Nutritional advice is often lacking and micronutrients are rarely discussed, he warns.

“It’s becoming increasingly important; both in terms of value for money and for environmental concerns.

“One of the biggest problems is that the data used is from 30 years ago, but there’s a massive potential for upturn in the industry by focusing on micronutrition.”

Detecting deficiencies is a critical part of managing crop nutrition.

Here is how to look out for the top three micronutrient deficiencies in cereals.

Manganese
Manganese deficiency will appear in new leaves of cereal crops, which become pale and limp, followed by light grey flecking and striping at the base of the youngest, fully opened leaf, reveals the AHDB’s Nutrient Management Guide (RB209). 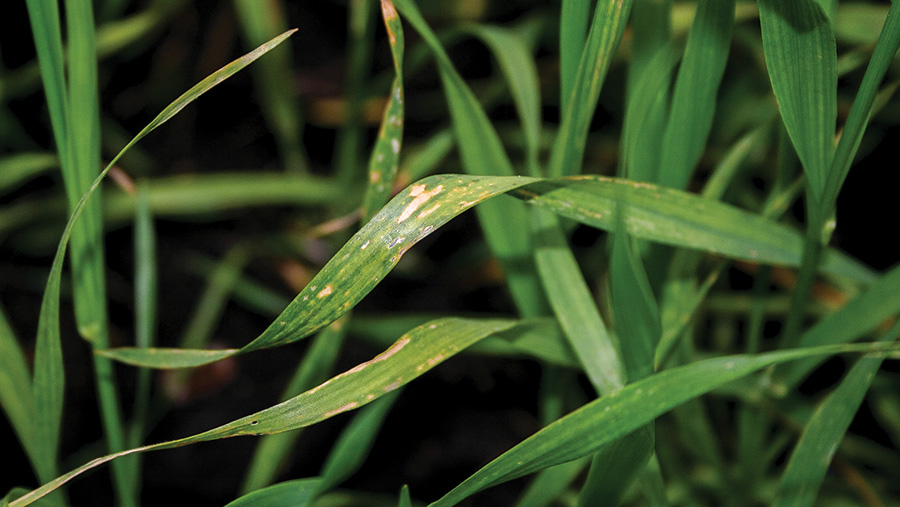 Specifically, in wheat, it may show as chlorotic spots and streaks, turning grey-white to brown, coalescing in younger and central leaves.

They can then kink or bend under intense spotting and growth is stunted. Leaves become paler and necrotic, eventually collapsing.

“By the time manganese deficiency can be seen in the field, it’s too late, so more regular tissue and soil testing is vital,” says Chris Martin.

Other signs include dry, pale and twisted or curled leaves, while young leaves can wilt at tips. However, basal leaves remain dark green.

Blackening of the ears and straw occurs in deficient wheat on organic chalk soils, but not on sandy or peat soils. Barley awns become white and brittle, with stems and nodes sometimes purpling, according to the AHDB.

Zinc
With zinc deficiency, mature leaves show irregular, light brown lesions bordered by a dark brown margin, and pale stripes can appear parallel to the mid-point of the younger leaves.