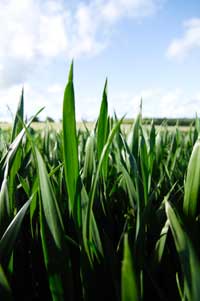 T2 spraying decisions were proving trickier for our Crop Watch agronomists this week after the cold spring resulted in greater variability between crops.

Prime Agriculture’s Marion Self, from Norfolk, reported a wide range of growth stages between crops, especially in wheat, which was unusual at this stage of the season. “More forward wheats will have received a well timed flag leaf spray while more backward, late-drilled crops may be treated up to two weeks later.”

Ms Self was considering disease control options for orange blossom midge in forward wheats as cool, dry conditions during pupation – usually early to mid May – would have delayed the time of adult hatch. She added that growers should remain vigilant during ear emergence until flowering, but discouraged prophylactic sprays for midge control on all varieties.

Wheat and barley crops were “pushing through” their growth stages in Devon, said Matford Arable Systems‘ Neil Potts, albeit without putting on large amounts of biomass.

Many wheat crops were between GS37 and GS39 and Mr Potts was deciding the best time to apply the T2 fungicide. “With the weather now favourable for septoria, I will be urging growers not to delay their T2, but to apply at the correct growth stage rather than worry about the interval from the previous application,” he said.

In Northumberland, David Cairns, of McCreath Simpson and Prentice, said despite a lack of height, winter barley was finally emerging and he was looking to apply his final spray.

After reporting low levels of rynchosporium, Mr Cairns said his product choice would be based around prothioconazole and a strobilurin with the addition of chlorothalonil for ramularia protection – to try and prevent disease build up for spring crops.

With oilseed rape, Mr Cairns said the big question this season was whether to go on with a sclerotinia spray or not.

However, low disease pressure meant he was cutting back on fungicide inputs for winter cereals. “T2 fungicides are going on after a four-week gap and are largely consisting of 60% dose triazole (epoxiconazole) plus chlorothalonil.I have never used less specific mildewicide on wheat crops than I have this year.”

Winter barleys received as little as 50% dose prothiaconazole/fluoxystrobin mixes, he said. “If we get a drippy June, I might get egg on my face with the barley, at least I can adjust a T3 rate on the wheats,” he added.