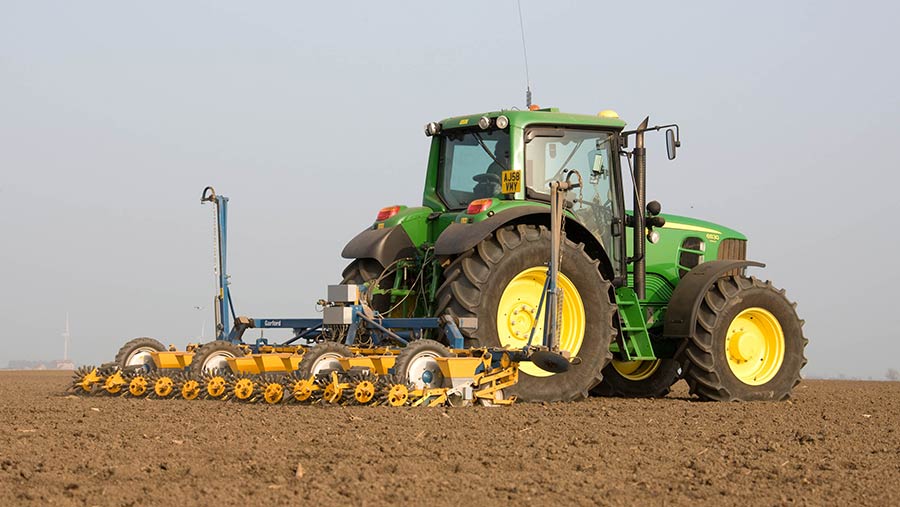 Some forward wheat crops have already received their T0 fungicides and Anthony Wade is predicting that leaf 3 will be fully emerged 7-10 days earlier than average.

Oilseed rape is at the green bud stage and there is the usual debate over spraying for pollen beetle, although backward crops devastated by cabbage stem flea beetle may be more vulnerable to attack.

With sugar beet, the loss of neonicotinoid seed treatments means it is essential that crops are drilled into good seed-beds, in order they reach the crucial 12-leaf stage as quickly as possible. 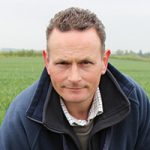 Although welcome, the 83mm of rain in the first half of March has restricted field work. As a result, not much spring drilling has been done yet, but by the time this is published, field work should have restarted.

Oilseed rape crops have really started to respond to the warmer temperatures, and first fertiliser applications will have started in some crops by the time this is printed.

I’m a firm believer in growth regulation, especially as most of my crops have some form of organic manure under them.

Caryx plus a tebuconazole/azoxystrobin co-formulation will be applied on most crops at yellow bud to regulate height and even up flowering while also giving some early sclerotinia protection. On the largest crops this will be the third application with growth regulatory activity.

I apologise to my fellow Crop Watch agronomists who are struggling with cabbage stem flea beetle larval infestations. Generally in my area we have escaped the worst of this pest, maybe because we have more diverse rotations.

Fertiliser applications will be aimed at getting the remaining nitrogen on as late as physically possible with disc spreaders, as all yield in OSR is formed post-flowering.

Winter barley crops have greened up after their fertiliser applications at the end of February. They are well set with high tiller numbers giving them good yield potential.

The planned T0 applications were scuppered by the windy conditions so have become T1 recommendations, although this has meant more complex tank mixes than desired to get the fungicide and growth regulator as well as control of some large overwintered wild oats.

September-drilled wheat crops are already at GS30 with eventual leaf 4 emerging on these crops. I predict we will find leaf 3 fully emerged 7-10 days earlier than the usual third week of April in these crops if temperatures continue above normal.

T0 fungicide applications are hotly debated, but in the west where we grow septoria, in my opinion a low-cost T0 is worthwhile as an insurance policy that may give us some flexibility on T1 timing.

Chlorothalonil will be the mainstay for T0 applications, even on varieties with strong septoria resistance, as the regular rain/showers in the first half of March will ensure septoria spores will have been splashed on emerging leaves.

Confirmation that the EU is not renewing the approval of chlorothalonil is another loss of a vital product in the disease control armoury. We can only hope that a new fungicide product and varietal resistance can fill the gap.

Brome and wild oats will also be targeted at this timing where needed, as the wild oats in particular are sizeable. Umbelliferae weeds, which are also becoming an increasing problem, will be a main focus for herbicide applications. To maximise efficacy they must be targeted when they are actively growing. 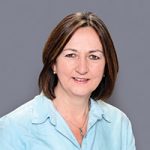 I have to say that winter crops have rarely looked better in my part of Scotland. Fertiliser and some warmth have encouraged new growth and oilseed rape crops in particular are jumping up.

There is a wide range of growth stage, but the forward ones in East Lothian are at green bud and at least 30in tall, while backward crops are barely into stem extension. There is very little light leaf spot in evidence.

Wheats are also shifting and I have given some T0 recommendations, based on Amistar Opti (azoxystrobin + chlorothalonil) with a first split of chlormequat and some manganese. In our area manganese and sulphur are pretty much obligatory in cereals and it is ideal to get some on before stem extension.

Disease levels are reasonably low although there is a small amount of septoria lurking in the lower leaves. T1 and T2 will likely be SDHI-based.

Autumn herbicides have worked well and there is not too much weed to clear up. Groundsel has become a bit of a nuisance weed – not particularly competitive but I don’t want to encourage it.

Cleavers are more apparent this season and I am seeing them in new places and in worrying numbers, so there will be a focus on clearing them out. It will be interesting to ascertain if this is a seasonal feature, a site-specific issue, or if there is a reduction in effectiveness of products.

A good start has been made to sowing spring barley and the first crops are well through the ground. Although still cool, soils are dry at depth, and growers are achieving good seed-beds. There was a big increase in wheat sown in the back end, so the spring barley acreage will be down, which should help keep the malting barley price buoyant.

The news that chlorothalonil has been revoked by the EU is a major blow and will inevitably put pressure on to remaining fungicides. We are entering a challenging new era in many respects, and a more holistic approach to crop management will be the only way forward. 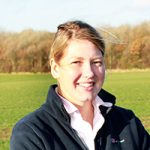 A second stage of spring drilling is under way during a more settled period of weather. Meanwhile crops planted in early March are establishing well. Spring seed-beds are good, with moisture allowing pesticide and fertiliser uptake.

Take time and care to make good sugar beet seed-beds. This crop needs encouragement to emerge and establish quickly. This is even more important in the absence of neonicotinoid seed treatments as the plant’s resistance to virus infection builds steadily during early growth, reaching an ability to effectively reduce this risk around the 12-leaf stage.

Post emergence herbicide programmes should begin with product combinations and doses that can be safely applied at emergence. In the current moist conditions, beet will emerge quickly and evenly, allowing the post-emergence programme to start promptly and giving control of the more “difficult” weeds such as knot grass which are difficult to control if allowed to get away.

Winter crops look good and are growing well – except for some rapeseeds which are badly affected by cabbage stem flea beetle. These backwards crops are now at greater risk from the emerging pollen beetle population during a later and protracted green bud stage.

Pyrethroids are generally now considered to give poor control due to resistance. Non-pyrethroid choices include thiacloprid (Biscaya), pymetrozine (Plenum) and indoxacarb (Rumo). Check individual labels for the latest timing of applications.

More forward crops are beginning to flower and will be able to tolerate these populations as they become useful pollinators.

T0 fungicide treatments on winter wheat are being applied in good time, giving disease protection until a well-timed T1 application (emergence of final leaf 3) in about three to four weeks.

Disease inoculum is moderate, with septoria, rust and mildew lesions on the older leaves. Responses to the T0 fungicide application are often small but, on most varieties, T0 can slow disease development on the lower leaves. It becomes even more important if T1 is delayed due to poor weather conditions.

Considering the non-renewal of approval of chlorothalonil there is even more necessity to select varieties with higher disease ratings (especially for septoria).

Thankfully, breeders continue to improve disease resistance; robust ratings are the cornerstone of disease and fungicide resistance management. It is also important to keep sprays robust with tight timings between the applications.

The first plant growth regulators (PGRs) on winter cereals are due. Most wheats will receive split applications of chlormequat often with additional PGRs to strengthen the stem base. 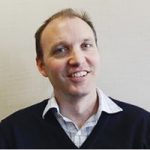 Ground conditions on the Downs greatly improved last week with calmer, sunnier weather. The better conditions have allowed a lot of fieldwork to be caught up with.

Spring drilling is now in full swing. As we have now passed the vernal equinox, the extending daylight hours have added further impetus to crop development.

Cereal crops are generally advancing towards growth stage 30, with T0s starting last week and with the main thrust from this week onwards. Yellow rust is more easily found across a range of wheat varieties along with more variable amounts of mildew and stem base browning.

Septoria, as ever, has clearly present on older leaves. Winter barley, likewise, is showing levels of mildew, rhynchosporium and brown rust at varying levels.

With the relatively benign conditions in February many crops have made a lot of vegetative growth and a well-timed plant growth regulator mix of chlormequat and trinexapac-ethyl will be essential to protect what looks to be excellent overall crop potential.

Oilseed rape is also rapidly moving through its growth stages. Many crops are well into the green bud stage and some are taking on a yellow hue – often though it’s just early flowering volunteers!

Light leaf spot can be found in some crops along with low levels of phoma on the older leaves.

Cabbage stem flea beetle larvae are still being found in both leaf petioles and sometimes large numbers in the stems of some plants. What effect these numbers may have on final yield is difficult to assess at this time. Hopefully as the plant stems extend and enlarge, they should be better able to tolerate larval feeding.

Trace element deficiencies are showing up in recent plant tissue analysis; particularly magnesium on lighter soil types. Many crops are receiving their sulphur requirement now, and where large levels of sulphur are applied this can reduce uptake of boron. Molybdenum can also be reduced and will need closely monitoring.

Winter beans are looking well and showing no signs of any major pest or disease issues. So far, weevils have not caused any problems in either winter or spring crops.