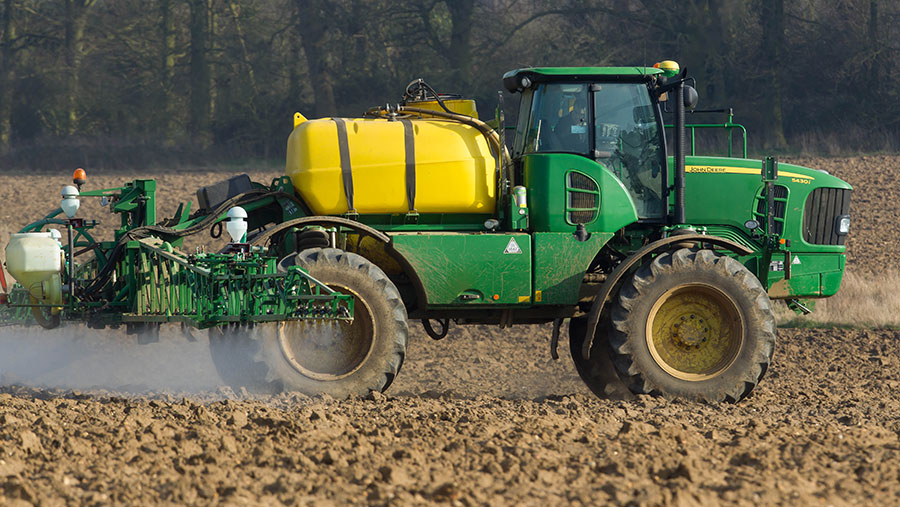 A partial ban on the use of the weedkiller glyphosate has been announced in France.

The French government plans to phase out the use of glyphosate-based products by 1 January, 2021 – except where there are no viable alternatives to the herbicide.

The French Agency for Food, Environmental and Occupational Health and Safety (ANSES) published the rules of its assessment of non-chemical alternatives on Friday (9 October).

ANSES said glyphosate will be banned for use on arable crops, including cereals, oilseed rape and sunflowers, when the land has been ploughed between crops.

It will only be authorised for use in exceptional circumstances.

And the maximum annual dosage rate has been reduced by 60% for crops and orchards, and 80% for vineyards.

Glyphosate will be banned for use between rows of fruit trees; the alternative is allowing grass to grow or carrying out mechanical weeding.

However, in certain circumstance, French growers will still be allowed to use the herbicide.

Exceptions will be allowed where use of mechanical tools is impractical, due to stony ground or steep slopes; the removal of perennial weeds that are difficult to eliminate, or conservation agriculture, which does not use ploughing to preserve the soil.

ANSES said 36 glyphosate-based products will be withdrawn from the market and will no longer be available to use from the end of 2020. This includes a number of versions of Bayer’s Roundup weedkiller.

Roundup users have blamed the weedkiller for causing non-Hodgkin’s lymphoma and other cancers.

Bayer continues to defend the 40-year safety record of its glyphosate-based Roundup weedkillers and insists they are safe when used as instructed.

In December 2017, French president Emmanuel Macron vowed to phase out the use of glyphosate within three years. But French farmers have warned there are no viable alternatives.

Macron’s government is set to allow sugar beet growers to use banned neonicotinoid pesticides on the crop after the beet yellows virus destroyed a large part of France’s sugar beet harvest, including losses of nearly 50% in some areas.