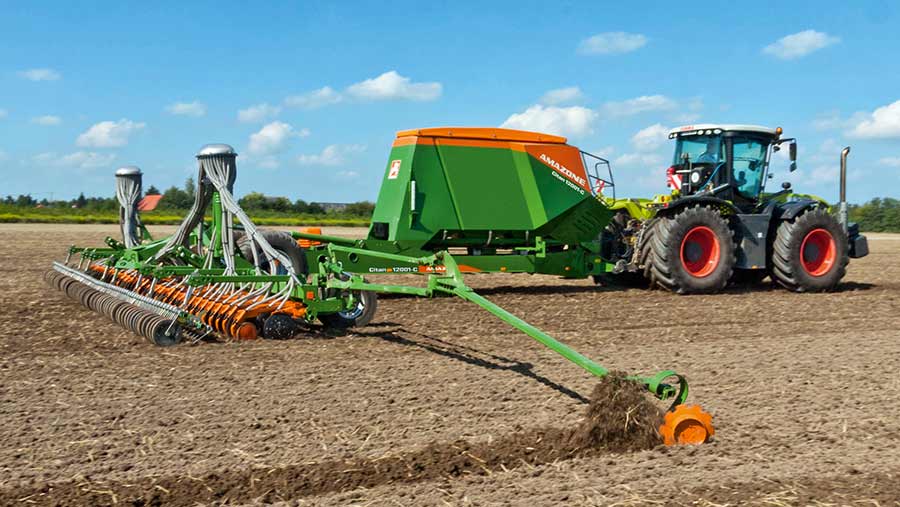 The need to slash soaring fuel costs while tackling blackgrass at the same time has led to a wholesale change in establishment system on one Leicestershire estate.

Stale seed-beds are a key part of blackgrass control on the estate, 20 miles east of Nottingham.

The change of drill resulted from a review of the 2015-16 cropping season, which saw disappointing wheat and oilseed rape yields, although spring barley yielded 1t/ha more than the neighbours.

However, he recalls that the outstanding feature of last season was seeing the largest number of blackgrass heads towering above cereal crops.

“While the overall population remained similar to previous years, they tillered much more than ever, leading to many more heads, he says.

He believes the blackgrass plants came from seed deep in the soil profile because the drill points on the two 7.2m Simba Freeflow drills were going deeper than anticipated, causing more soil disturbance.

Mr Challen estimates the blackgrass cost 1t/ha in lost yield, so he decided a major change was needed to tackle the grassweed.

“Our aim is to be a cleaner farm and get numbers down to a level that it is hand rougable.”

Watch Mr Challen explain his strategy in more detail below.

He hopes to emulate fellow Costs Under Scrutiny farmer Andrew Ward, who has taken a zero-tolerance approach on his farm in Lincolnshire.

In addition, fuel use was also too high, so Mr Challen looked to introduce a new establishment system that helps control blackgrass and cheaper to run. 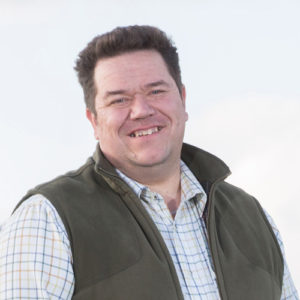 The first requirement of the new approach is to enable later drilling in the autumn, as the previous establishment system was based on early drilling in September.

In addition, he has the goal of moving to a 12m controlled traffic farming system and the two 7.2m Simba Freeflows did not fit in his plans.

So last autumn, there was a farm sale with everything sold in 120 lots, except the combine, two main tractors and sprayer.

“If it had not been used in the past five years, it went,” he explains.

The proceeds went a long way to paying for the new drill and cultivator, so cost only about £20,000.

He opted for a 12m Amazone Citan 1200, which is mainly sold in Eastern Europe plus a separate cultivator.

For cultivations, he went for a Czech Republic-build Farmet Phantom. Based on tines, it has narrow points and can accurately work at a depth of 50-250mm.

“We wanted something that will drill late and opted for a disc drill, as the existing tine drill was going too deep.

The Citan has delivered cost savings, through a combination of being cheaper to run than the Freeflow and enabling Mr Challen to reduce the tractor fleet by one Quadtrac.

Cultivations are also much quicker, with all autumn cultivations being done in less than 300 hours.

“We can now cover 17.7 acres an hour, which effectively halved our cultivation costs.”

He adds that tractor fuel use has fallen from 80 litres/hr to 60/hr and combined with a greater working width, has resulted in a £13,500 saving in fuel over a year.

The change also cut labour requirements with one full-time worker made redundant and less casual labour being used, because of the greater working width.

A slimmer machinery fleet has also reduced the amount of winter maintenance.

Looking ahead, Mr Challen is also exploring other ways of cutting costs including Autocasting rapeseed.

“About 400 acres were established last summer and 395 acres are looking really good.”

He is also looking at mechanical weeding of wheat, using an 12m Garford weeder which using RTK guidance has +/- 10mm accuracy down the cereal rows.

This system may be necessary with a glyphosate ban and there is an uplift in crop growth, as soil movement helps promote nitrogen mineralisation.