In association with the Environment Agency

Since 1990 Russell Smith Farms of Duxford, Cambridgeshire, has shifted production from cereals to premium quality vegetables on 800ha of light, sandy-loam soils. This change would not have been possible without irrigation, so the future of the business relies on secure water supplies.

But summer abstraction from the River Cam and some boreholes is becoming increasing unreliable. Robert Smith decided to work with neighbouring farmers to build a 500,000m3 (110 million gallon) reservoir. Filled through winter rainfall, it will feed 24km of underground distribution mains to support summer irrigation on up to 18 farms.

In addition to securing the water supply, the reservoir will unlock a further 3,000ha of land for irrigated production. It will also allow longer rotations and help reduce pesticide use. Cutting chemical use is important for Russell Smith Farms, which is part of the Linking Environment and Farming demonstration farm network. The farm’s reservoir infrastructure has been supported with grant aid from the East of England Development Agency. 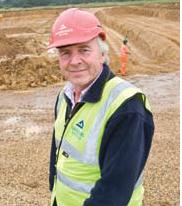 COUNTING THE COST AND REAPING THE BENEFIT

Water is an important resource for farming but it is sometimes taken for granted, says Paul Meakin of the Environment Agency. “In the East and South East of England water resources are under pressure from rising demand. Costs are increasing every year throughout England and Wales.

“Climate change is creating a pattern of wetter winters and drier summers, so it’s increasingly important to use limited resources as effectively as possible. Farmers and other abstractors need to be able to demonstrate efficient water use to renew abstraction licences. There are a number of low-cost measures to improve water efficiency that can be taken on most farms. You can save water relatively quickly by changing washing regimes.

“For example, if you reduce milk collection to every other day, you can halve the water used for bulk tank cleaning. You can also make savings by reusing vegetable washing water for irrigation. When you use irrigation, ensure that applications of water are timed for maximum effect. Use a scheduling service and monitor soil moisture content to identify when and how much to irrigate. Developing a ‘water wise’ action plan – a tool widely used by farmers – will save you water and reduce pollution risk and costs.

The Water Framework Directive is a new piece of European legislation that replaces earlier directives and. It promotes efficient water use and the reduction of water pollution to achieve ‘good ecological status’ targets by 2015. 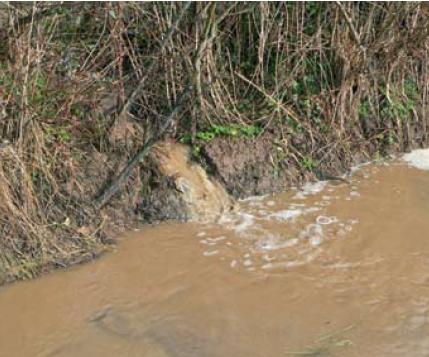 Water pollution from farming can be caused by a particular source, such as a leaking storage container. It may also take the form of diffuse water pollution, where groundwater, rivers and streams become contaminated with sediment and chemicals as a result of gradual nutrient leaching and soil erosion from farmland. Soil, nutrient and pesticide losses through run-off cost farmers more than £50m a year. These losses are also a big problem for the water industry, which spends nearly £200 million a year on treating pollutants from agriculture.

You can reduce pollution risk significantly by separating clean and dirty water. Identify the areas where dirty water is created and tackle them one by one. Start with the most cost-effective improvements first.

Simple maintenance of gutters, downpipes and drains will reduce dirty water immediately. You can repair leaks,
dripping taps and overflowing water troughs around the farmyard to help reduce water loss and dirty water.

Separate clean and dirty yard areas. This will ease the burden on your slurry storage facilities and reduce the
volume of slurry to be spread. If you put a cover on your slurry store or lagoon you can increase your
storage capacity.

Construct a farm pond as part of your drainage system, to slow down water entering streams and rivers. A pond can
also provide water for fire fighting, which may reduce insurance premiums. You can collect water from roof areas and the covers of slurry stores to use for stock drinking water (after UV filter treatment) and for washing down yards and machinery.

This reduces your use of mains water and cuts costs.

Find out about this series