Farming with his father, David, at Stevens Farm, Hawkhurst, 12 miles south-east of Tunbridge Wells, their mid-September-drilled crop thrived in the dry, mild autumn of 2018 and produced an unofficial record of 7.19t/ha.

They had witnessed a lot of crop failures from drilling in mid-August due to poor establishment, as summer rain often encouraged slugs and soil surface capping.

This forced them to redrill oilseed rape in mid-September, and this turned out to be their best crop, with the added benefit of avoiding any cabbage stem flea beetle attacks. 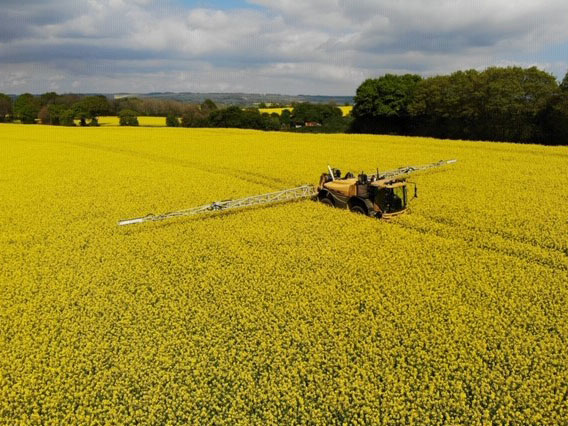 The move to late drilling followed the December 2013 banning of neonicotinoid insecticide seed dressings on oilseed rape, which were used to control flea beetle.

This pest was a limited issue on the Kent farm with seed dressings, and has not been a problem since the switch to later drilling.

When drilling was scheduled for 20 August, about one-quarter of their oilseed rape crop was ripped up every year due to poor establishment, and then crops had to be redrilled.

“We found that drilling late was not all bad, and we have not had a crop failure since the switch to later drilling,” says Richard.

While some YEN crops have the kitchen sink thrown at them in terms of costs, Richard says his crop protection costs were just £157/ha, while fertiliser and seed costs were about £120/ha, so they look to grow the crop for under £300/ha in variable costs.

“We are using our YEN crops not to grow Rolls Royce crops, but to grow them like the rest of the farm,” says Richard.

He points out that they are testing and trying to improve farm standard treatments in an economic and efficient manner.

Machinery costs – including cultivations, drilling, spraying, fertiliser spreading and combining – came in at just under £200/ha from the YEN-winning crop.

Since the neonics ban and the move to later drilling, the Budds have seen very little flea beetle damage, with average yields in excess of 5t/ha.

Conventional varieties are generally used, although hybrid Clearfield varieties are sowed where charlock, hedge mustard and runch weeds are a problem, and these crops have given similar yields. 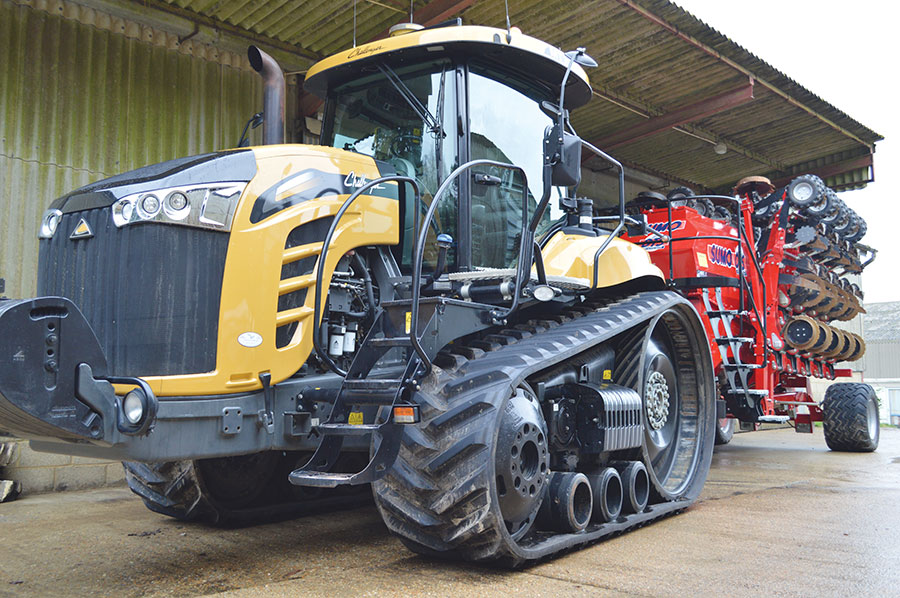 When drilling early, the farm often saw rain over the August bank holiday, and this encouraged slug activity and soil capping just as the seed was chitting. With August often wet and September dry, it made sense to hold back drilling.

The move was encouraged by the Budds’ experience a few year ago, when oilseed rape drilling was delayed by a very late-harvested spring oat crop and the rapeseed was only drilled on 21 September, and yet still yielded 5.6t/ha.

David adds that due to mild autumns, their early-drilled crops were getting too far ahead in the autumn and starting stem elongation before the winter.

“We are seeing very open autumns and the rapeseed was often still growing in January, so this encouraged our move to later drilling,” says David.

In addition, a real focus on soil health is paying dividends, with all cereal straw chopped, plenty of sewage sludge applied and the move to a Sumo DTS strip-till drill all helping to see soil organic matter rising to above 5%.

The family farming operation grows 140-180ha of rapeseed annually in nearly 1,000ha of combinable crops across a range of soil types.

The field that won the YEN award was a Grade 2 silty, sandy clay soil described as Kentish ragstone, near Lympne, towards the edge of Romney Marsh. The field had not grown oilseed rape before and the winning crop followed two winter wheats.

Cultivation and drilling followed the standard farm practice of chopping wheat straw and lightly cultivating with Carrier discs to 5-10mm depth some 10 days after harvest to encourage weed seeds to chit.

The field is then sprayed with glyphosate, as later drilling allows longer for weed to germinate and be controlled, thus reducing herbicide costs later.

The conventional variety Campus was drilled with the Sumo at a relatively high seed rate of 7.5kg/ha, but as it was farm-saved and cleaned, seed costs were an extremely low £2/ha, compared with bought-in hybrid seed, which can cost up to £70-£80/ha.

Campus has done well on the farm over the past four years, and is quick out of the ground, with vigorous growth in the autumn, which is key for late drilling.

The Budds are aiming to drill 100-120 seeds/sq m to give 70 plants/sq m. The strategy is to go for a thick crop to smother out weeds, and rely on the main raceme to provide the biggest and best pods.

The Sumo has worked well to create drainage and the tined drill is well suited to their fine clay soils. For this season, they have updated to a new 6m-wide model.

Seed-bed fertiliser is applied as diammonium phosphate (DAP) – providing about 30kg/ha of nitrogen – and also phosphate, to help with rooting.

With the late drilling and use of glyphosate, there is less need for a pre-emergence herbicide, and the winning crop received two post-emergence herbicide applications, with prothioconazole added to the second for light leaf spot control.

“Our strategy is to plant it cheap, get it going and then spend money on the crop,” says Richard.

He hopes the thick crop will flower quickly, with few side branches, as the longer the flowering period lasts, the more the crop will reflect light away.

“We don’t want a six- to eight-week flowering period; we are looking for four weeks and then plenty of time to set and fill the pods,” he says.

Urea is the choice for spring nitrogen applications, as the Budds find it gives a slow release of nitrogen. A three-way split is used, with the main dose applied as late as possible, at the green bud stage. The first dose is a sulphur-urea compound followed by two urea splits.

“The crop still has a lot of growing to do, so we are going as late as possible, with the main nitrogen going on in early April, as the crop still has 10-12 weeks to go before harvest,” says Richard.

Plant growth regulator (PGR) Carex is used at stem elongation, while two fungicides are also applied – tebuconazole sprayed early for disease control and some PGR activity and then a flowering spray of Pictor.

One innovation has been to introduce tissue testing three times a year to determine any nutrient deficiencies, as he looks to build up a picture of the nutrition needs of the crop in different seasons.

The winning crop was more than 2m high when pod stick was applied at the end of June. The crop received glyphosate two weeks later and was then harvested on 4 August.

“The crop cut fine and we left it late to harvest for around here,” says Richard.