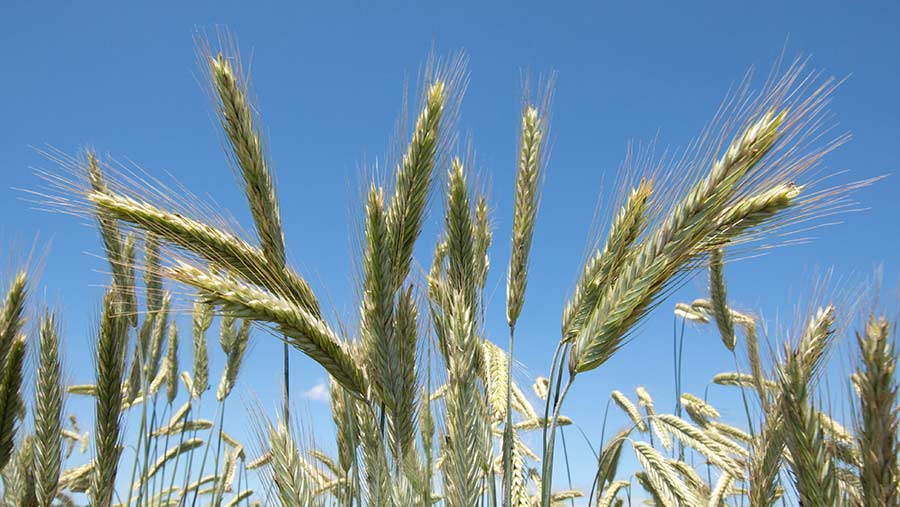 Maize tends to be the favoured crop for anaerobic digestion because it offers the highest dry matter yields. However, on the Yorkshire Wolds, hybrid rye is matching it when grown as a second cereal.

Hybrid rye is the latest addition to Rick Dewhirst’s rotation at Field House Farm, which includes wheat, oilseed rape, vining peas, potatoes and feed barley. Straw from the barley is used for bedding in the sow yards.

The 800ha farm supplies feedstock for a 3MW digester, run as a 50:50 partnership with the nearby Burton Agnes estate.

See also: How to get residual herbicides right to fight blackgrass in wheat

Both farms grow hybrid rye and maize as well as supplying livestock manure. Using manure was the key attraction for Mr Dewhirst, as the family also have an 8,000-sow operation along with a 115,000-bird layer unit.

Neighbouring farmers are also contracted to grow maize and hybrid rye to fulfil the demand, as the digester uses 95t/day of the rye/maize mix.

One attraction of using both maize and rye is that it helps spread the risk.

“For example, this year is looking like a poor maize year, but the hybrid rye has been less affected by the drought,” says Mr Dewhirst.

Maize tends to be grown more on the heavier soil to the south of the Wolds, as the crop tends not to do so well on the Wolds.

“Cereal crops do well on the Wolds land with its good, free-draining soil, which also retains moisture in the chalk. Being a bit higher up also means temperatures are a bit cooler, resulting in wheat typically yielding 10-11t/ha.”

Treated as a second wheat, this season was the second time Mr Dewhirst grew the crop and over both years it averaged 15.7t/ha dry matter.

“This is comparable with the maize yields,” he says. 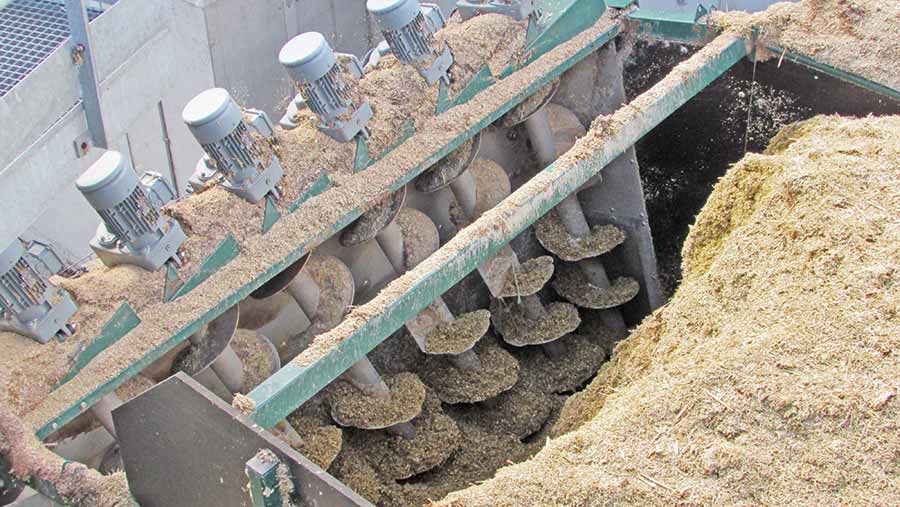 Feedstock in an AD plant

Hybrid rye is typically drilled in mid-September and Mr Dewhirst cuts it in the first week of July.

However, as Jonathan Baxendale, Elsoms’ forage and energy crop manager, points out, it needs a good seed-bed, as the crop can struggle.

“Rye does not like being in wet conditions, because it has a weaker coleoptile [the sheath protecting a young shoot tip] than wheat,” says Mr Baxendale.

Aim for a maximum seed depth of 2.5cm, as going any deeper can lead to poor emergence, and a seed rate of 250 seeds/sq m for a mid-September drilling.

With nutrition, rye for wholecrop should receive 150kg/ha of nitrogen, which could be a combination of bagged fertiliser plus digestate.

This was followed with Lector (florasulam), to clean up some cleavers and other broad-leaved weeds.

The earlier harvest date when growing hybrid rye for anaerobic digestion can be a valuable aid in the battle against blackgrass.

Jonathan Baxendale of Elsoms explains that its earliness potentially means it is harvested before the blackgrass sets viable seed, which helps to reduce weed spread.

“It matures at least three to five days earlier than other hybrid ryes.”

So if you were to drill this variety on fields affected by blackgrass, you may then have the opportunity to harvest the crop before viable seed sets, he explains.

Brown rust is the main disease to look out for in rye, with mildew sometimes also a problem.

Mr Baxendale says that while it is stiff-strawed, its height increases the risk.

“A lot of the yield is in the ear and you need to keep it off the floor to avoid losses.”

If it gets too big, possibly some Terpal (mepiquat chloride + chloroethylphosphonic acid) will be applied.

The most important aspect is timing of harvest, with a target dry matter of 35%.

“You don’t want to be bringing in too much water by going too early and if it is too high, you start getting lignin, which cannot be broken down in the digester. This compromises gas yield.”

Mr Dewhirst uses contractors and they start cutting when it hits 30%. “Getting the timing right was especially tricky this summer, as it went really quickly in the heat.”

With maize, there is quite a spread in maturity between varieties, but there is little difference with hybrid rye, adds Mr Baxendale.

Mr Dewhirst grows 24-30ha of Nasri, an extra-early variety that matures three days earlier than other varieties suited for the UK.

The rest of his area is down to Performer, the top-yielding variety, which is widely grown in northern Europe.

For growers in the East (Norfolk/Suffolk), SU Cossani seems to be very effective, particularly when it has been drilled later on lighter land, says Nigel Walley.

It tillers very well in the spring and that ability is something that agronomists are looking at in varieties for the later drilling slot.

Outside the East, Performer is still the one Mr Walley recommends if yield is of paramount importance.

“It is an extremely reliable variety that seems to cope well on many different soil types and is generally straightforward to manage.”

If earliness and blackgrass management are the key drivers, SU Nasri is the variety to consider, particularly the further north you go.