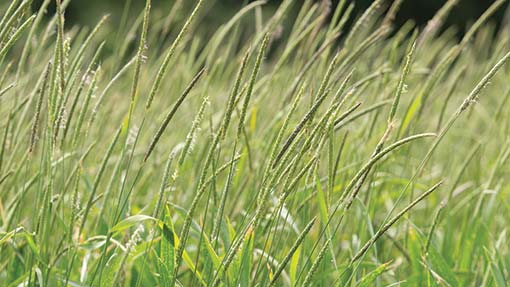 Spring cropping is one of the best ways of reducing grassweed seed banks and getting a runaway blackgrass problem under control, delegates at Bayer’s Blackgrass Task Force conference were told.

Independent agronomist Andrew Cotton, of Cotton Farm Consultancy, pointed out that reductions of over 80% in blackgrass numbers were possible where spring crops were included in the rotation, providing they were managed correctly.

“Of all the techniques at our disposal, spring sowing is the big one,” he said. “That’s especially the case if it means that no more blackgrass seed is shed.”

However, an overwintered seed-bed is essential for success, to keep soil disturbance to a minimum in the spring, he added.

“If you leave the primary cultivation until the spring, you end up with dirty spring crops. That’s why overwintered stubbles tend to be followed by problems, as you can’t cultivate until February.”

Blackgrass: Reasons for the problem

For this reason, growers should plough or deep cultivate in the autumn, followed by pressing, he said. “That soil movement will stimulate the blackgrass to germinate. It’s possible to get two or three flushes in the autumn and deal with them, removing much of the threat before the crop is in the ground.”

In the spring, minimal-disturbance drills should be used. “Don’t be tempted by cultivator drills, as these disturb the soil and cause blackgrass to come up with the crop.”

Additionally, enough glyphosate must be used ahead of drilling to clean up any germinating weeds or overwinter survivors, he added.

“The spring crop chosen must be competitive,” stressed Mr Cotton. “For this reason, you can dismiss linseed. It simply doesn’t form a canopy, so any blackgrass is quite happy to grow with it.”

But spring oats, beans, barley and oilseed rape are all contenders, as well as spring wheat if it is sown thickly enough, he advised.

“Thick crops need to be sown at high seed rates,” said Mr Cotton. “Many of the herbicides don’t work well, so you are relying on the crop to do some of the work.”

Taking a risk and waiting to sow later in the spring usually gives better weed control, he said. “The Canadian red wheat AC Barrie was very helpful in this respect, as it has a short growing season. It could be drilled in April and still produce a good gross margin.”

A spring wheat variety such as Mulika can also yield between 8-10t/ha from an April sowing date. “The same is true of oats and barley yield performance. Crops sown in February can be dirty.”

The lower variable costs associated with spring crops are considerable and will help with the final gross margin. “There’s a reduction in the amount of sprays and fertiliser. It means spring cropping does have a place in a viable, long-term farming system.”

However, where needed, the herbicide options in spring crops can be limited, he admitted. “In spring oats, there’s only DFF, which can be used pre- or early post-emergence. Fortunately, the oats do a lot of the work for you.”

Spring wheat offers the greater choice, although clearance for both Liberator and Crystal is urgently required, he said. “Avadex has come through this year, and there’s also Stomp Aqua and Defy for the pre-emergence timing.

“Axial, Topik and Atlantis are the post-emergence options in spring wheat, although Atlantis can only be used on crops sown before 1 February.”

In spring barley, Stomp Aqua and Avadex can be used pre-emergence, with Liberator, Crystal, DFF and Defy also having Extensions of Authorisation for Minor Use (EAMUs) for use on the crop. Axial can be used post-emergence, up to GS41.

In spring oilseed rape, there’s an opportunity to apply Butisan and Centium pre-emergence and Laser post-emergence, while in spring beans, there’s Stomp Aqua and Centium, as well as Aramo and Laser.

“With all spring crops, there’s a need to avoid any gaps developing in the crops, especially in spring beans. Blackgrass loves gaps and will take full advantage of them.”

The inherent germination characteristics of blackgrass mean that early autumn establishment will encourage it and make the problem worse, warned John Cussans of Niab Tag.

“Early drilling leads to a higher density of blackgrass in the crop, as most of it germinates in September and October,” he reported. “Furthermore, there’s increasing evidence to show that very high populations are harder to control than lower levels of the weed.”

Delayed drilling can be very useful and has a double effect on weed control, he said. “You get a decline in weed plant numbers over time and herbicide performance improves. That’s because the conditions matter, especially with pre-emergence materials.”

Waiting for three weeks from the middle of September before drilling will have a good effect in most seasons, said Mr Cussans. “An October drilling date, rather than a September one, is preferable. Only in a very dry autumn will it fail to reduce the blackgrass pressure.”

Stacking cultural control measures in the same way as pre-emergence herbicides is the way forward, he suggested.

“Non-chemical approaches, used throughout the rotation, will be essential. But you do need to get very high levels of control from cultural methods, because herbicide performance continues to decline.”

Consider the use of oats in your blackgrass control strategy, advised Keith Norman, technical director of Velcourt.

“It’s well known that if you grow a crop of oats before you drill wheat, there’s very little blackgrass in the wheat,” he said. “That’s due to the fact that oat roots produce a substance known as avenocins, which is antagonistic to blackgrass germination.”

A Link project being undertaken with Adas has investigated sowing oats (pictured below) at the same time as wheat, increasing the normal seed rate by 25%. The oats then work alongside the pre-emergence herbicide for a short time, before being removed with an application of Topik. 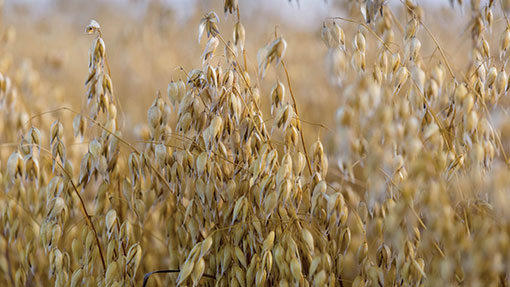 “In all the situations where oats were included, there was a reduction in blackgrass,” said Mr Norman. “That was especially the case where low seed rates were used.”

Another technique is the use of a cover crop mix containing oats, he added. “Used ahead of a spring crop, a mix of black oats and vetch has been hugely successful.”

The autumn-drilled mix is very vigorous, providing both physical competition to grassweeds and producing avenocins. Burnt off in March and mulched, the spring crop is then direct drilled to avoid soil disturbance.

“It’s another potential piece of the armoury. Providing it is done correctly, it can really help reduce  blackgrass.”