Growers of new-generation milling wheats need to focus on nitrogen rates and fungicide inputs to make sure they hit targets on grain protein content for breadmaking.

The advent of high-yielding milling wheats like Skyfall, Crusoe, Trinity and now Illustrious mean these produce yields as good as established feed barnfillers, but the additional output can dilute protein. 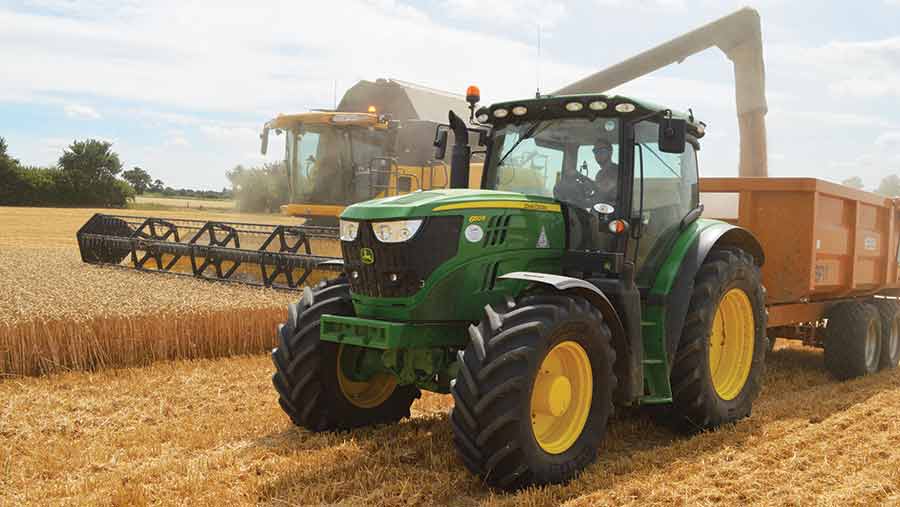 Chris Bean, technical director at agronomy group Zantra, says nitrogen rates and the use of strobilurin fungicides are key in making sure growers of these wheats hit protein targets compared with older varieties Solstice and Gallant.

“A lot of people came out of Solstice and Gallant this season and have gone into Skyfall, which is in a different yield league altogether. With Trinity and now Illustrious waiting in the wings, there is some concern about achieving adequate protein content in grain,” he says.

Zantra fungicide trials in 2015 across Kent showed why. Skyfall’s average fungicide-treated yield on fertile brickearth soils hit 13.4t/ha, closely followed by Crusoe at just under 13t/ha, with Trinity at 12.4t/ha while Solstice trailed at under 12t/ha.

Further work with different nitrogen rates and fungicide inputs showed that milling protein specifications can be achieved reliably for these four varieties even at the upper end of yield expectations.

“We know from earlier work with Solstice that there is a good relationship between the application of one or possibly two strobilurins and the ability to get 12.5% to 13% protein,” says Mr Bean.

Many breadmakers look for a minimum protein content of 13% for their wheats, while Warburtons aims for a slightly lower 12.5%.

Two rates of nitrogen were applied – 260kg/ha to the soil by the flag leaf stage (GS39), and the same again plus 40kg/ha of foliar nitrogen applied to the ear. Two strobilurins were also applied, one each at T1 and T2, at about a quarter and half-dose respectively.

Not surprisingly, grain protein content increased in line with amounts of applied nitrogen, although there were varietal differences.

“The conclusion from this trial is that Solstice would hit 13% relatively easily using 275kg/ha of nitrogen. However, with Skyfall you need 300kg/ha, at least that with Crusoe and 320kg/ha for Trinity,” he notes.

A further nitrogen-fungicide trial on Skyfall in Kent did reveal the value of strobs in raising protein levels.

Three fungicide programmes were overlaid – all were based on a SDHI + azole programme but one included a strob at T1, and another a strob at T1 and T2.

Each additional strob raised protein content by about 0.2%, repeating findings from 2014 and echoing earlier work on Solstice, says Mr Bean.

This Warburtons contact precluded the use of liquid nitrogen applied to the ear as a way of achieving a grain protein minimum of 12.5%.

Strob rates were again relatively modest – a quarter rate at T1 and less than half rate at T2 – and they improved disease control and kept plants greener for longer helping to build protein levels.

Mr Bean concludes that if growers look at the specifications they are aiming for and base this on a realistic yield, they can tailor their programmes to avoid spending too much or too little.

“If you are shooting for 13% protein on a decent soil, the safest way to get there while maximising yield is to use a strobilurin at T1 and T2 with at least 300kg/ha of nitrogen,” he says.

Over 40 samples were submitted, including 13 of Skyfall and 12 of Crusoe. All bar one Skyfall sample had received 40kg/ha of nitrogen on the ear.

“All samples had full details of soil type and nitrogen use. With Skyfall, no crop receiving less than 300kg/ha made 13% protein, despite nitrogen being applied late on the ear. Above that, most samples hit 13% or a bit more,” Mr Bean says.

“With Crusoe, 280kg/ha was fine, although the average yield was almost 0.3t/ha lower,” he adds.