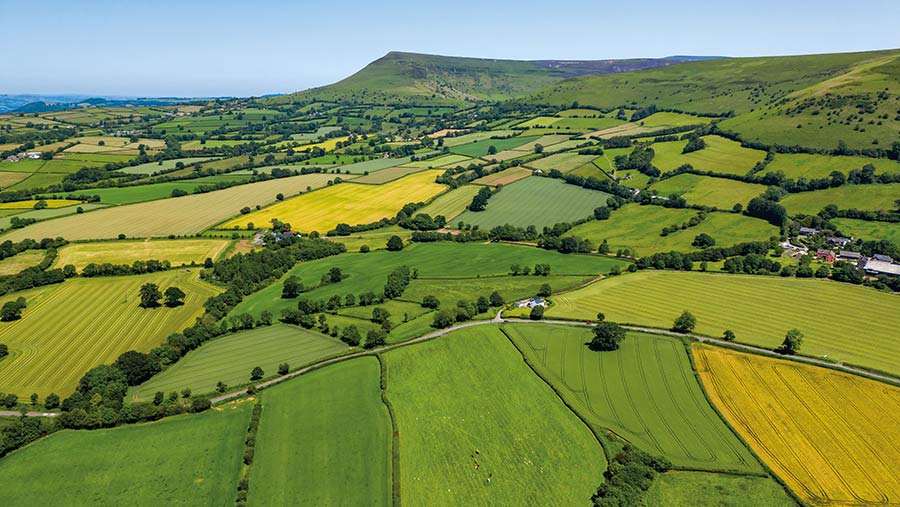 Increasingly it appears that the traditional ways of using land to produce food are competing with farm policy’s comparatively new focus on environmental schemes.

These include tree planting, carbon capture and “public goods”, which covers anything from water pollution prevention to habitat restoration and providing an attractive countryside space for the public’s mental wellbeing.

The topic was discussed at a recent Thrings webinar.

Lisa Jackson of Jackson Planning said there were several major issues within the planning system.

Changes have been promised by the government, which has stalled local authorities’ work on their local development plans, while they await clarity.

Housing secretary Michael Gove previously said the planning reform update would be published this spring, but so far there has been no sign of it.

She said the green belt “stranglehold” concept was stifling development, while the new national design guide called for “beautiful” houses but provided no guidance on what this meant.

Another key factor is that developers have to show effective use of land, but this is contradicted by the need to also show a 10% uplift for biodiversity net gain (BNG) in habitat, hedgerow and river (if onsite) units.

This means that in order to allow for the BNG, the development site has to spread even further, tying up more farmland, but without the benefit of any more housing units.

The idea of mandatory BNG was included in the Environment Act 2021 and will become a legal requirement in 2023.

Defra has launched a consultation, which closes in April, seeking views on how this regime could work in practice.

There are some proposed exemptions to the 10% goal, such as permitted development rights and applications where it can be shown that a development affects an area of habitat below a certain level.

Matt Gilks, senior associate solicitor at Thrings, said: “The mandatory 10% biodiversity net gain uplift will become the new minimum so it is likely there will be competition between developers to achieve more than 10% in order to stand out, with even more land getting tied up in these applications.

“For landowners, there are concerns about additionality – will they be able to join agricultural schemes as well? – and tax relief and use. The government is supposed to be addressing these concerns, but there has been no further information yet.”

The Country Land and Business Association (CLA) has called for the government to overhaul its approach to tackling the housing crisis in rural communities.

Homes are becoming increasingly unaffordable to locals, while the rigid planning system means housebuilding cannot keep up with population demand, further draining the countryside of its young people and workforce – at a time when agriculture is struggling to recruit and keep staff.

The CLA said small-scale developments were needed to support local employment and strengthen the social fabric of these areas, by ensuring pubs, shops and schools could stay open.

However, under the current planning system, large-scale developments – which negatively alter the nature of local communities – are favoured over more modest proposals.

Thousands of planning applications have been held up across the UK over the past year due to requrements related to phosphates and nitrogen levels.

Rebecca Dixon, legal director at Thrings, said the acceleration of eutrophication – the excessive growth of plants and algae caused by high levels of nutrients in water – was the main issue.

It resulted in a moratorium on development in wetland capture areas, mainly in the south of England.

In order to reduce the amount of phosphates and nitrates entering the water system, local authorities have introduced a standard of nutrient neutrality in order for planning applications to receive approval.

Currently, authorities are creating frameworks that developers must meet and a list of approved specialist advisers for the habitat regulation assessment.

A mixture of on-site and off-site mitigation and nutrient offsetting – such as phosphate credits – has been considered to meet these measures.

However, Ms Dixon explained that there were several issues for landowners with this solution: it created more uncertainty for developers, so flexibility was needed, meaning more land would be tied up in agreements; more necessary specialist advice and management meant higher service charges; and there was currently no recognised phosphate credits scheme.