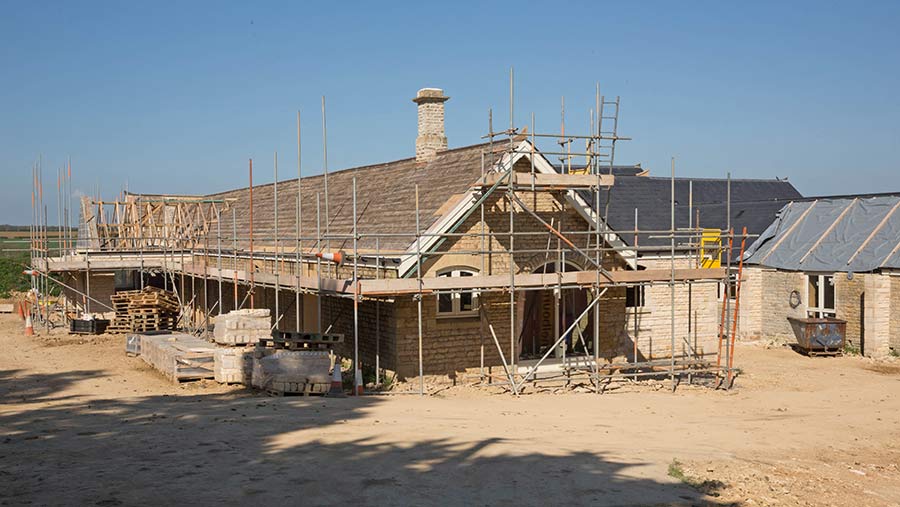 Latest government figures show that a total of 4,777 affordable homes were built in England during 2017-18, which is 698 more than the previous year.

However, only 928 of these were built on rural exception sites – land which is not usually granted planning permission, but where affordable development is allowed. This was 143 fewer than were built in the preceding year.

The Country Land and Business Association said the figures showed that local authorities were ignoring the potential of farmland for development.

“However, the latest figures show how drastically underused they are.

“Our own report into making villages sustainable for the future sets out ways to ensure local authorities use all the mechanisms available to deliver new rural affordable homes.

“They must be proactive in order to breathe new life into our rural communities and help to solve the rural housing crisis.”

A report published by the Campaign to Protect Rural England in 2016 said landowners could play a crucial role in addressing the rural housing crisis, which was forcing people to move out of the community, to the detriment of local services and rural communities themselves.

But barriers that were discouraging development were being put in the way of landowners .

One problem is the planning system favours development in places viewed to be sustainable – but many villages are classed as unsustainable because they have few public services.

The CLA wants to see a change in the sustainability critieria used. It also argues that more sites would be brought forward for development if a small amount of open market housing was also allowed on rural exception sites, as it would make projects more viable.

The organisation points out that 30% to 40% of local authorities still do not have an up-to-date adopted Local Plan, which could help drive the delivery of local housing in small rural settlements.

Exempting properties provided as affordable homes from Inheritance Tax is another mechanism the CLA has put forward to increase numbers.

Currently, any rented property is considered an ‘investment’ and the equity in those properties is included when calculating the value of the estate for IHT purposes.

The idea has already been put to the Office of Tax Simplification, which is currently considering whether to make changes to the IHT regime, with its recommendations due to be published in the spring.