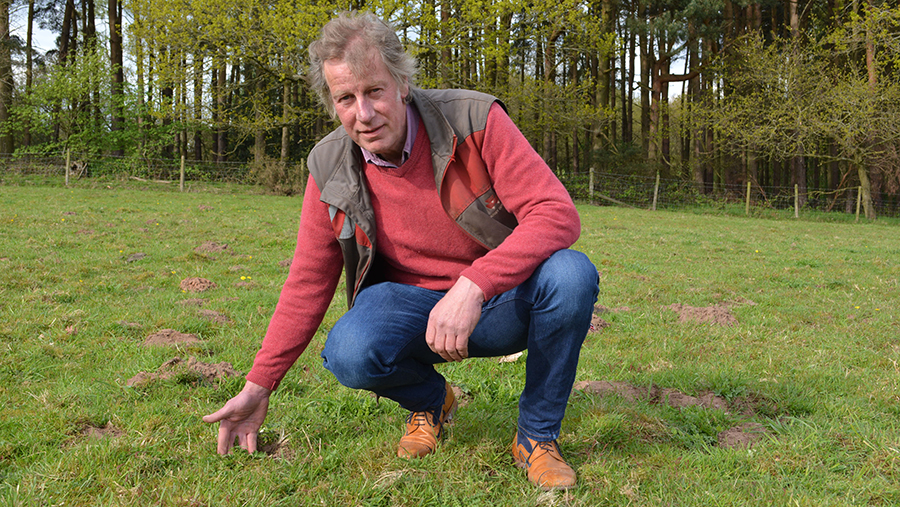 A Staffordshire farmer in dispute with Natural England over a joint Higher Level Stewardship (HLS) agreement has taken his case to the parliamentary ombudsman.

Tenant Ian Sadler, who farms at Hill Farm, Kinver, near Stourbridge, says he entered into a 10-year HLS agreement jointly with his landlord, the National Trust. Starting in 2007, the agreement was to restore and enhance the trust’s land at nearby Kinver Edge.

The HLS agreement followed the conclusion of an earlier five-year Countryside Stewardship scheme which had successfully controlled ragwort, rabbits and moles on the same land. The CSS agreement included five years of Defra trials to enhance light, sandy heathland.

“The Countryside Stewardship Scheme ticked every box under the sun,” said Mr Sadler. It was so successful that he established his own small herd of pedigree beef shorthorns to graze the land – accompanied with a farm shop selling rare-breed beef and lamb.

“We cleaned the ground up, got rid of the ragwort and knitted a sward. The fescues came and the wildflowers and we got some fertility back in the soil, building up the structure. It was all working well. We developed our business around stewardship.”

After the former Countryside Stewardship Scheme came to a close in 2007, Mr Sadler says he as tenant and the trust as landlord agreed a joint 10-year HLS programme – with his own name jointly on the agreement. Everything went well, he says, until 2012 when he and the trust fell out.

After initially undertaking stewardship on the land in return for £1,640  year, Mr Sadler claims locks were put on gates preventing him from accessing 20ha. He also claims his name was taken off the HLS agreement and no further stewardship was carried out.

Mr Sadler said he took his case to the parliamentary ombudsman after trying but failing to get his name reinstated on the agreement. Natural England should have ensured that the original joint agreement was honoured, he added.

The National Trust said the stewardship agreement was with Natural England – and it was flourishing.

It said Mr Sadler had not been a party to the agreement at any point, but had worked in close partnership with the trust to manage some of the land and had a farm business tenancy. The trust said: “Regrettably, our working relationship with Mr Sadler broke down after we raised concerns that he was not managing the land in line with our conservation aims. We met Mr Sadler many times to informally discuss the situation but we were unable to reach agreement.

“Eventually, as a last resort, we took legal action to end his occupation of the land covered by his tenancy. We’ve been speaking to Mr Sadler throughout and are happy to attend any meetings arranged with Natural England to discuss this matter further.”

A Defra spokesperson for Natural England said: “This case is currently being reviewed by the parliamentary ombudsman. We don’t comment on ongoing cases.”

The parliamentary ombudsman is expected to reach a decision in due course.