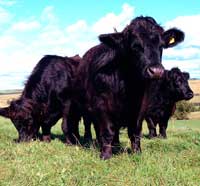 A threat to subsidies supporting up to 30 abattoirs in Wales could lead to the closure of all but three.

According to a report by the National Assembly for Wales’ rural development sub-committee, the proposed withdrawal of financial support for meat inspections by the Food Standards Agency would have major implications for the many small and medium-sized abattoirs serving local markets.

The committee is urging the assembly government to do all it can to prevent the FSA from removing the subsidy until an alternative is in place.

There are fears that there will be implications for animal welfare and additional costs for farmers.

Evan Roberts, who is in the process of re-opening an abattoir in Gwynedd, which he was forced to close during the Chernobyl disaster, said withdrawing the subsidy would place enormous pressure on businesses like his.

He said slaughterhouse operators would have no choice but to pass these costs on to their customers.

“The margins are tight enough, we couldn’t be expected to absorb the cost of meat inspection,” said Mr Roberts, of Cwm Cynfal, Blaenau Ffestiniog.

He said that small abattoirs played a vital role in the agricultural industry in Wales and must be protected.

“I have a neighbour who travels 50 miles to an abattoir in Wrexham because there is currently no alternative and then has to return to collect the meat. That’s a 200-mile trip,” he said.

Rural development sub-committee chairman Rhodri Glyn Thomas said that farmers were worried they would bear the brunt of the additional costs created by the subsidy gap.

“I would urge the Welsh government to set up a review group with members from all parts of the meat industry to examine legislation and any possible reforms within the current EU framework,” Mr Thomas said.

“We must ensure the highest standards of animal welfare and meat hygiene are delivered in the most efficient manner, while protecting Wales’ network of small and medium-sized abattoirs.”

The FSA said it would comment when the committee had presented its findings.