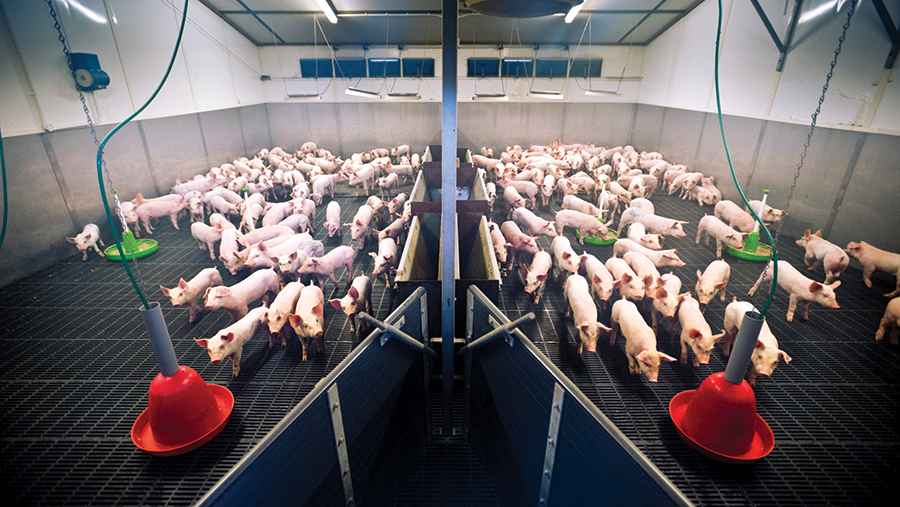 Import tariffs on non-EU pork and a free trade agreement with Europe are vital to uphold food standards post-Brexit, the National Pig Association (NPA) has warned.

The UK is continuing to impose EU tariffs during the Brexit transition period while it negotiates a new trade deal with the EU.

The transition period is scheduled to end on 31 December.

The NPA said reverting to the less protective tariffs proposed by the government last year in the event of a no-deal Brexit would put the industry at serious risk of being undercut by imports produced to standards outlawed in the UK.

About 60% of UK demand is met by imported pork, meaning such a move could open the floodgates to US pigmeat.

UK could be ‘comfortably undercut’

In its submission to the Department for International Trade’s consultation on the UK global tariff the NPA stressed: “Even taking into account WTO measures, both the US and Canada would comfortably undercut UK production, and seriously compromise domestic production.”

NPA senior policy adviser Ed Barker drafted the submission and explained that US pork costs about 40% less to produce than the British product.

And he highlighted aspects of US production that are outlawed in the UK.

Mr Barker said that the UK pig sector was at serious risk from cheaply produced meat and that meant it was vital to secure a Free Trade Agreement (FTA) with the EU beyond 31 December.

This must be accompanied by the continuation of the current tariff regime applied by the EU, Mr Barker said.

However, the NPA document was clear that where other countries could meet the UK’s pig production standards, then imports via FTAs should not be blocked or stifled.