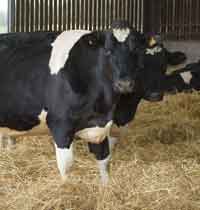 NVZ regulations could force more than a third of dairy farmers to leave the industry, according to the NFU.

A poll of dairy farmers in south east England found 41% were likely to, or already had, given up dairying because of the high costs of complying with slurry storage regulations.

Constructing winter slurry storage facilities can cost between £50,000 and £60,000 for the average dairy farm.

Of the 350 farmers questioned, the majority said they would give their land over to arable production, but some said their soil type meant it was not an option.

James Mulleneux, NFU South East policy adviser, warned there would be a further exodus of dairy farmers in the near future.

Tenant farmers should investigate the possibility of applying to the Agricultural Land Tribunal to force the landlord to provide the equipment necessary to comply with NVZ requirements.

“The battle isn’t over yet – we have almost three years to prove to DEFRA that there is an overriding need for a scheme to help farmers adapt,” Mr Mulleneux said.

“Otherwise, if we lose one third of milk producers within this region, then the dairy sector could lack the necessary infrastructure to prosper.