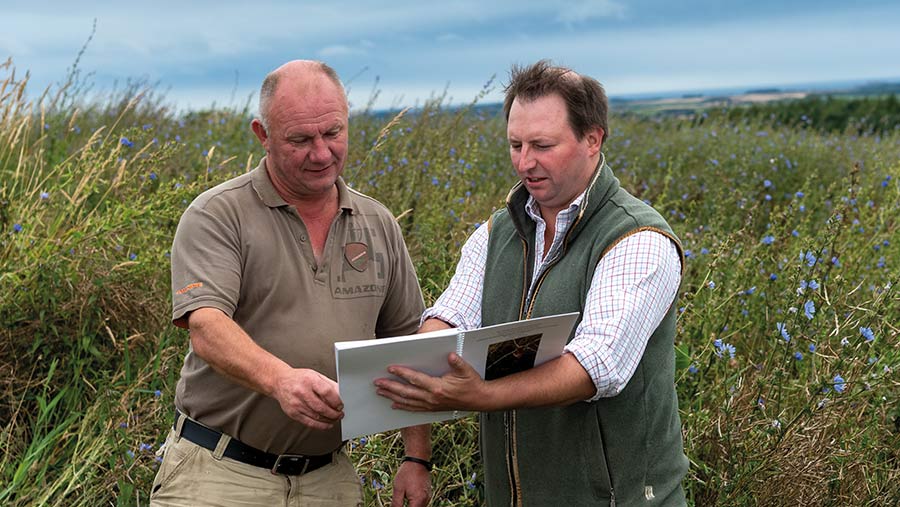 Collaboration between farmers, as well as other stakeholders, is likely to be crucial in unlocking funding within the Local Nature Recovery and Landscape Recovery parts of Defra’s Environmental Land Management (ELM) scheme.

But how might that be delivered in a structure that delivers value for money from the public purse?

That was the purpose of a Defra-funded second test and trials project undertaken by the 23 Burns Group, a group of 52 farmers across 63 holdings managing 13,672 ha between Budle and Howick in north Northumberland.

Test and trials are desk-based exercises that provide evidence to Defra about how new schemes could work through consultation and discussion, without any practical activity taking place on the ground.

Their findings could provide a preview of how the Local Nature Recovery scheme could be rolled out in 2024 following pilots that start next year.

Defra expressed an interest in the group doing a second test and trials project after the success of the first in early 2020 (see panel), says Louis Fell, a 23 Burns Group steering group member.

The first test and trials project asked the group the following four questions:

This led to 597 proposals to generate public good – which were categorised into 88 different groups and 11 themes – and indicate what payment rate would be required by the group to secure a target percentage of land for that theme, says Louis Fell, a 23 Burns Group steering group member.

In the second test Defra asked the group to explore three key areas around collaboration:

The test was designed using four key themes (see panel below) suggested during the initial project, with specific hypothetical prescription offers created with a minimum area and increasing levels of intrusion to the farm business.

Each farmer was then asked for their opinion about which options they would consider for their farm, how much land and for how long, as well as commenting on the proposed payment rates, governance structure and collaboration required with neighbours.

“Not surprisingly, as the options became more intrusive, uptake was less, but even on the most intrusive – insect recovery – uptake was 52% yes, with a further 29% as maybes,” says Mr Fell.

On the less intrusive and perhaps more familiar options of watercourse protection and bird or pollen mixtures, more than 90% were interested. “Those concepts were familiar and easy for farmers to understand, so they were more receptive.” 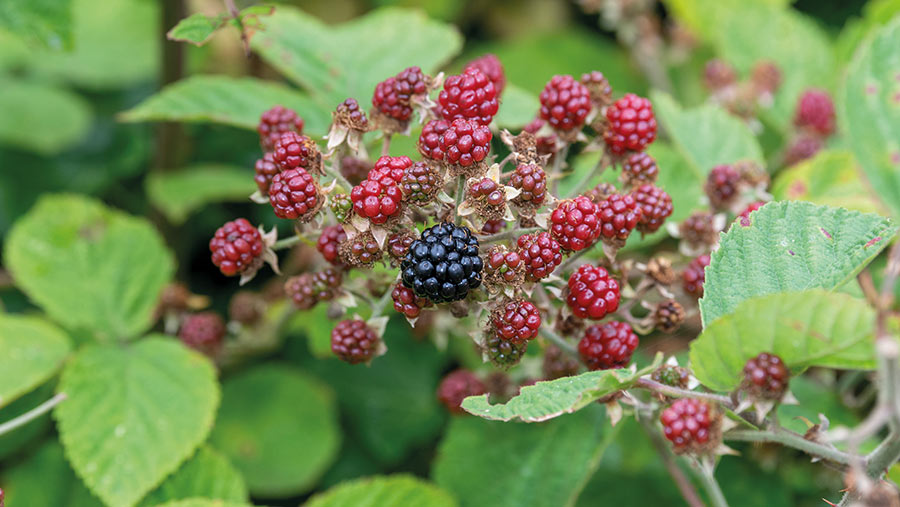 While all the themes could be delivered individually, overall outcomes would be greater through targeted collaboration. For example, creating 8m wildlife corridors linked across boundaries to allow wildlife to move around safely would avoid the feast or famine that can be the result of individual farm creation, he explains.

“Or you can imagine the entire area as one farm for planning pollen and bird mixes, so there are feed areas everywhere and the supply is all year round. That will require joined-up thinking around location, sowing date, length of time for mixes and so on. Participants could see the benefits of doing this cohesively.”

The keys to delivering that type of collaboration are in a farmer-led structure, using local facilitators with the right incentives, Mr Fell suggests.

In the test, an unincorporated association structure was proposed, where each farmer was a member. “Each member would have a vote, there would be a simple steering committee and a rotating chairman.

“The role of the group would be to find a facilitator that could design a collaborative scheme. That person’s role would be to liaise with the farmers, explaining what the scheme was trying to achieve, what each farm’s role and commitment would be and looking at the overall scheme as a one-farm plan, rather than 50 individual plans.”

“But the group’s facilitator has a management role in making sure that each year the farmers are doing what they said they would, that it has been successful and they have collaborated.”

That would allow the facilitator to create an annual sign-off sheet that goes to Defra, which acts as the first line of auditing for releasing payments.

“For Defra this provides value for money as they will only need to audit the group and the facilitator, rather than each individual farm, hopefully making the group low risk,” says Mr Fell.

How the facilitator would be funded is a key question, he says. “The initial reaction is that Defra should fund that, but we asked the question whether it should be co-funded, and the majority agreed that it should be.

“That gives the group more buy-in and control, while still giving Defra control and a better reflection of farmers and Defra working together.”

In practice he thinks that could mean 1% of each farmer’s agreement for the scheme with Defra could be used to pay for facilitators, with Defra matching that funding.

“Getting buy-in would likely increase participation.”

A payment structure incorporating three components was proposed, which was well received by participants. An initial base payment would be made for committing land and the costs incurred for participating in the scheme; a bonus payment for quality if the group can confirm the work has been done to a high standard and is delivering the required public goods; and then a further top-up payment for collaboration with the rest of the group.

“If a farmer works with the group, there might be times when they have to put a margin or a cover crop in a particular field where they would prefer not to, but do it because it is part of the bigger picture, they need to be incentivised for doing it,” Mr Fell suggests.

“If Defra is serious about creating landscape-wide benefits, they have to get farmers to work together.”

While that payment structure was broadly welcomed by the group, further refinement might be required, especially around collaboration, he notes. “I think more work needs to be done on how to incentivise people.”

Much of the feedback from the group was for higher collaboration payments to encourage wider adoption to make sure the environmental value of collaboration was realised, he says.

Fairness to different farm sizes – whether payments be a flat rate or based on area in the scheme – and the degree of collaboration could also be factors to consider, while collaboration in some cases might be better measured through collective responsibility and outcomes, he concludes.

Farmers being able to select their own advisers was considered crucial by the 23 Burns Group, Louis Fell says.

“It’s much easier to have those harder conversations with farmers, if you already know the farm, understand the business, family situations and so on,” he says.

That would further increase the likely success of Local Nature Recovery schemes, he suggests. “Other stakeholders such as Wildlife Trusts, the RSPB, AONB officers and other NGOs could be brought in to feed in research, themes and targets for a particular area, and avoid different groups being at loggerheads.

“One concern we have with Local Nature Recovery is with it being 30% of the future funding pot. NGOs might see this as a fantastic way of funding their organisations. If the person coming up your drive works for an organisation you have little trust in the first place, and they are holding the keys to your purse strings, there is a friction straight away.

“That’s the wrong approach. A farmer-designed scheme will avoid the issues that come with something being forced on to farmers that they don’t really believe in. As soon as that happens you get poor uptake and something that doesn’t deliver on the ground.”