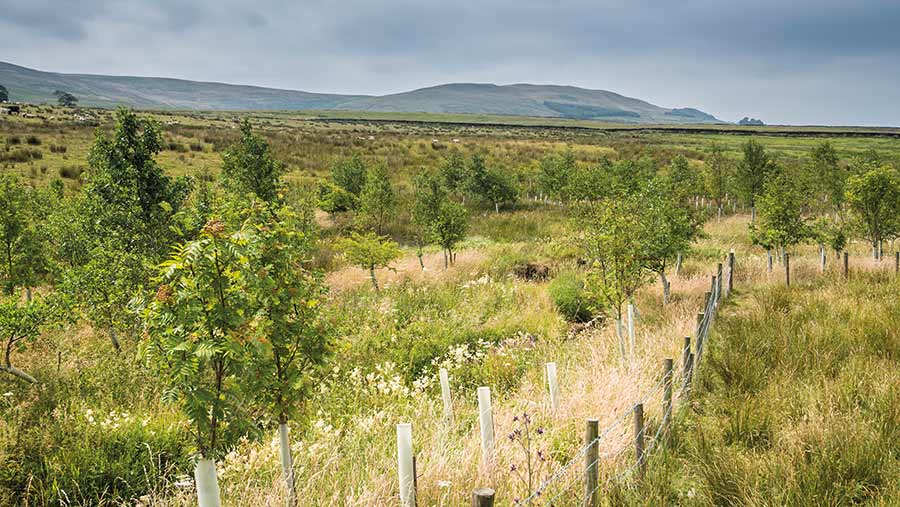 When it comes to planting trees, the government’s targets are certainly ambitious, as it endeavours to catch up on what some see as England’s poor performance of previous years.

The England Trees Action Plan published last year aims to reach at least 7,000ha/year of new planting by the end of the current parliament (2024).

A cornerstone of the new policy is the England Woodland Creation Offer (Ewco), launched in June 2021, which is aiming for 10,000ha of new woodland, mainly native broadleaved trees, by 2024.

The England Woodland Creation Offer in a nutshell

Where does the money come from?

Money for the England Woodland Creation Offer (Ewco), worth almost £16m, is coming from the government’s Nature for Climate Fund – worth more than £750m by 2025 and intended for peat restoration, woodland creation and woodland management.

What does Ewco provide?

What are these additional payments?

What about landlords and tenants?

Tenant farmers can receive Ewco funding if both they and their landlord are content with the planting proposals.

Uptake in the first seven months has been described as “going in the right direction”, although there have been “teething problems”.

To accelerate things, the Forestry Commission and Defra have launched a new “Put Down Roots” campaign, aimed at raising awareness of what’s on offer through media and social media content and so persuading more farmers and landowners to get involved.

To learn more about the campaign, and Ewco in particular, we spoke to Forestry Commission chief executive Richard Stanford.

What are the key messages to farmers?

These are significant changes to land use, on a large scale. But we need to put that in context. Around 60% of our food comes from just 33% of our land, while the 33% of our worst land produces only 15% of our food.

We’re trying to demonstrate what value they can get from planting trees. People that have been in the industry a long time tell me that these are the most generous grants we have had for a generation.

So why is tree planting so important, if it means sacrificing any food production?

It’s for a whole raft of reasons – for capturing carbon of course, but also for biodiversity, nature recovery, improving water quality, and public access.

We must not forget the benefits of woods and forests for people. Just before Christmas, Forest Research did a report into mental health, which showed that, in 2020, there were £184m worth of benefits in the UK from people going out into the countryside, specifically woodland.

So there are benefits across the board – from a farmer who can change land use on his marginal land and get some pretty generous grants, through to timber production and public access.

Some farmers may be holding back on joining too soon, fearing they may miss out on better rewards later. What reassurances can you give?

It’s understandable that there is some hesitancy. This is a crop that will take 100 years to come to full fruition.

But, in terms of certainty, we are working hand in glove with the Environmental Land Management (ELM) team at Defra to make sure that what we are doing now in woodland creation is locked into the ELM process.

So will Ewco become a fully integrated option within ELM?

Yes, it will be, though whether it is still called Ewco, we shall see. Frankly, I’m not really fussed what it’s called, provided we end up growing more trees across England.

Actually, I believe it will keep its name as it is a brand which is getting recognition. I would add, however, that we are only talking about woodland creation with Ewco.

Are there opportunities for agroforestry within the Ewco?

It’s an interesting question, because what exactly is agroforestry? I came across someone who is harvesting willows for cricket bats and claiming it was agroforestry. I’m not sure we have a proper definition.

Ewco is not specifically designed for agroforestry, and there are other schemes being developed as we speak which should be better.

But if you have well-spaced deciduous trees under which you have grazing animals or have some other form of food production, then we’ll look at it.

But there are some quite strict rules for Ewco, and there may be better schemes for agroforestry downstream.

What are the opportunities and protections for tenants wanting to get involved in woodland creation?

There is absolutely nothing to stop a tenant farmer applying for a Ewco grant, though clearly they need the permission of the landowner for that change of land use.

There is also a spectrum of tenant farmers. I was in the North East not long ago and was told there were a number of tenants who wanted to take an offer from the landlord to quit, and the landowners had taken the opportunity to plant trees because of the marginal nature of that land.

But equally, there are some tenant farmers who have some very exciting ideas, who want to be part of this, and we will support them.

What is the situation with sapling supply? Are we dependent on imports?

We are monitoring this very closely, and one strand of the Nature for Climate Fund is particularly to look at seed and sapling supply.

At the moment we are alright, but we need to make sure that the nursery sector can keep pace with demand.

It also depends on what you wish to plant, and yes, we are planting some species that have been imported.

The key to importing, of course, is biosecurity. We want it to be grown here, but if you have to import, then bring a seed rather than a sapling.

There seems to be an array of different grant schemes for trees. Is there a danger of it all becoming too complicated?

Ewco is the big one, though there are other schemes that local authorities run.

For the normal land manager, I think the Ewco is the simplest one to look at and, because it has so many strands – nature recovery, water quality, flood control, public access – that captures enough of what the others do.

Our aim is to absolutely simplify this.

The Blenheim Estate in Oxfordshire – birthplace and ancestral home of Sir Winston Churchill – is to receive significant funding under the England Woodland Creation Offer, to support the creation of more than 100ha of woodland with 270,000 trees.

Intended to showcase the public benefits and environmental gains, about 28 tree species will be planted across the site, connecting wildlife corridors and providing species-rich habitats.

Oxford University will also be researching the climate resilience of this diverse woodland, and the project will be publicly accessible. 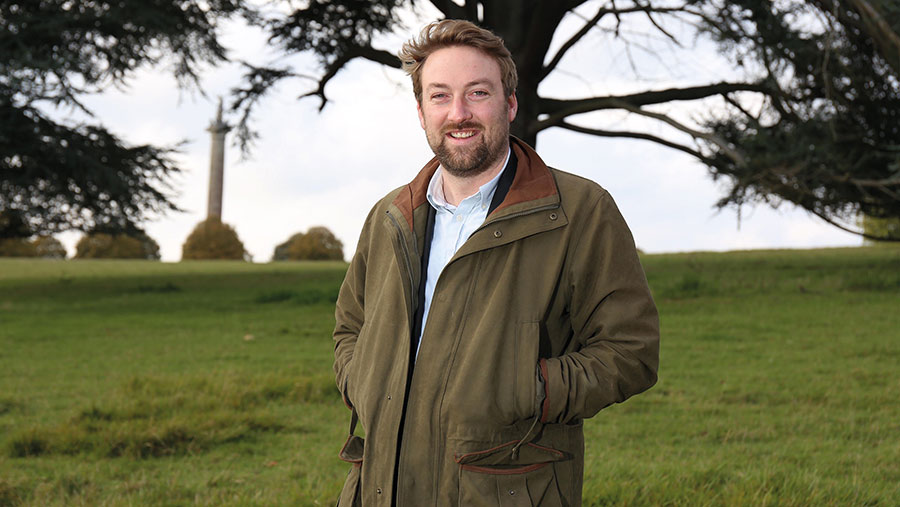 Blenheim Estate director Roy Cox said: “The wellbeing of our countryside needs bold steps like this. Through planting, we will deliver seven species-rich, habitat-diverse, productive woodlands.

“These will improve water quality in the Dorn and Glyme catchments, improving the condition of the World Heritage Site of Special Scientific Interest, and sequester 22,000t of carbon over 30 years.

“It will open up access to nature for the surrounding communities and create a 15km circular trail between the estate and the local villages of Woodstock and Wootton.”