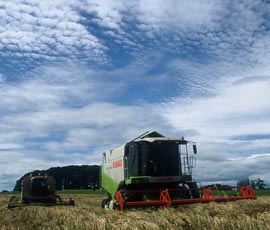 Love British Food has launched a competition calling on young people to create a new anthem for the modern-day harvest festival.

Working with the National Federation of Young Farmers Clubs, the organisation behind British Food Fortnight is searching for a song, poem or rap that they hope will become a national favourite.

The organisers are asking groups to make a short film of themselves performing it – for example, as a dance, flash mob, animation or choir.

Young people, such as students, scouts and guides, Young Farmers, their colleagues and friends, can enter on their own or in groups of up to 30 – brass bands, choirs, theatre groups and dance troupes are all encouraged to take part.

“We all know traditional harvest hymns, songs and poems such as We Plough the Fields and Scatter, Harvest Moon and God Speed the Plough, but we want you to produce a song, rap or poem that will inspire a new generation – it’s all about food and the harvest as you see it today,” say the organisers.

“Entries don’t have to be professionally made or follow a particular formula. We want people to have fun celebrating British food and the Harvest during 2013 and to inspire a new generation.”

The competition will be judged by NFYFC chairman Milly Wastie and Prof Paul Mealor, who wrote Gareth Malone’s, Wherever You Are.

The closing date is 16 September and you can find full details here.