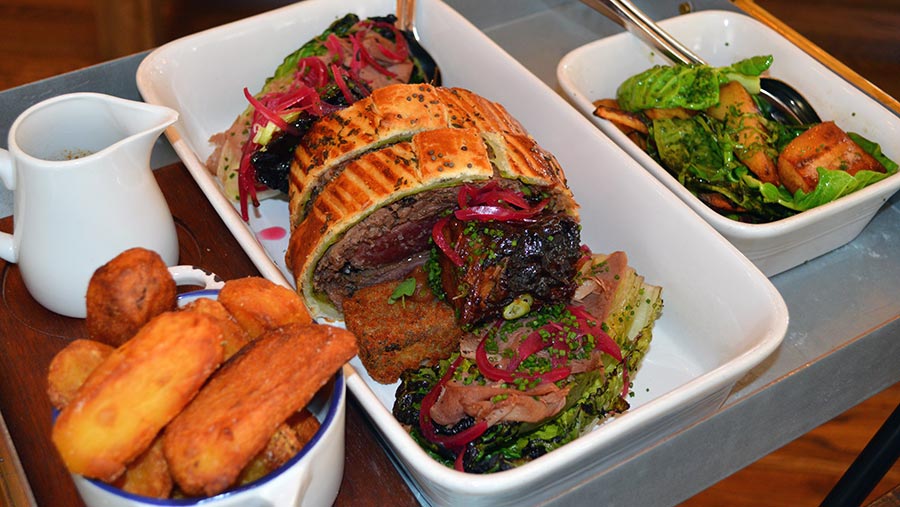 Food does not get more local than at Goodwood, as every mouthful of meat at its three restaurants comes from the sprawling estate with a focus on using every reared animal from nose to tail.

That means beef comes from its herd of Sussex cattle and lamb from its Southdown-cross flock that grazes the chalky downland, while an imaginative chief turns secondary cuts into star attractions.

This restaurant is a stone’s throw from the estate’s Home Farm, where tasty beef, lamb and pork is produced on Britain’s largest lowland organic farm, which is perhaps better known for its motorsport festivals and hill-top horse racing track.

The Duke of Richmond’s family has run the chalky downland estate for more than 300 years, and it was the current duke’s mother who set the high standard by raising her children on “good food” in the 1960s.

The highlight of the autumn menu is a range of butcher’s boards and we chose the beef option, including a fabulous fillet in a Beef Wellington, crispy shin and glazed brisket with ox tongue.

Prime cuts used in the Wellington are complemented by tasty titbits from unfashionable cuts that had previously ended up in mountains of burgers or sausages.

Executive chef Darron Bunn has joined with master butcher John Hearn and farm manager Tim Hassell to give the restaurant its name, and Darron has put his two Michelin stars to good use. 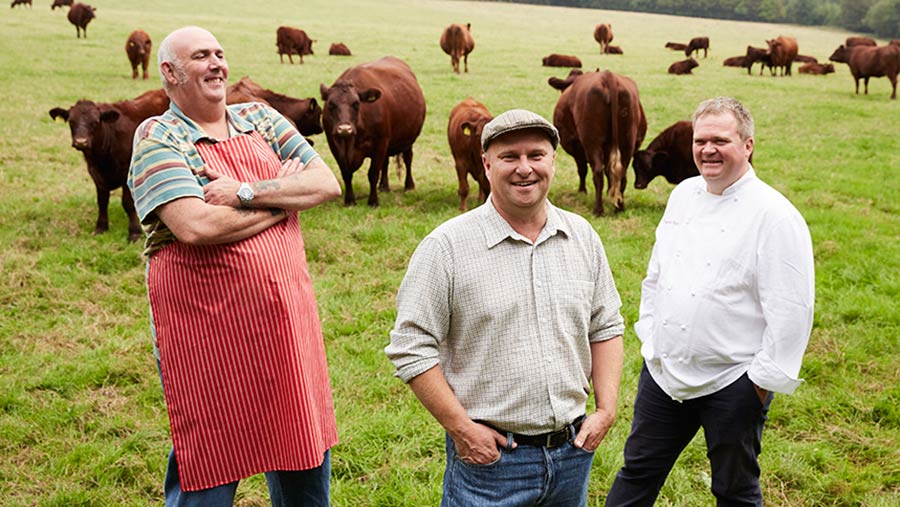 “We don’t want to waste any of our animals and so we encourage our customers to be more picky on where they eat meat,” he tells Farmers Weekly.

The estate’s three restaurants – including the upmarket The Kennels and the Goodwood Hotel’s Bar and Grill – scoop up four beef cattle, 30 fat lambs and 15 finished pigs each week, and then the butcher and chef start to work their magic.

The weekly supply of four cattle only gives eight ox cheeks, so when the restaurant runs out, it serves a piece of shin similar to cheek and calls it beer-braised beef shin.

The 30 lambs produce a limited amount of always-in-demand rump, so Darron uses haunches of meat cut from the leg that may take slightly longer to cook, but give an equally fine taste. 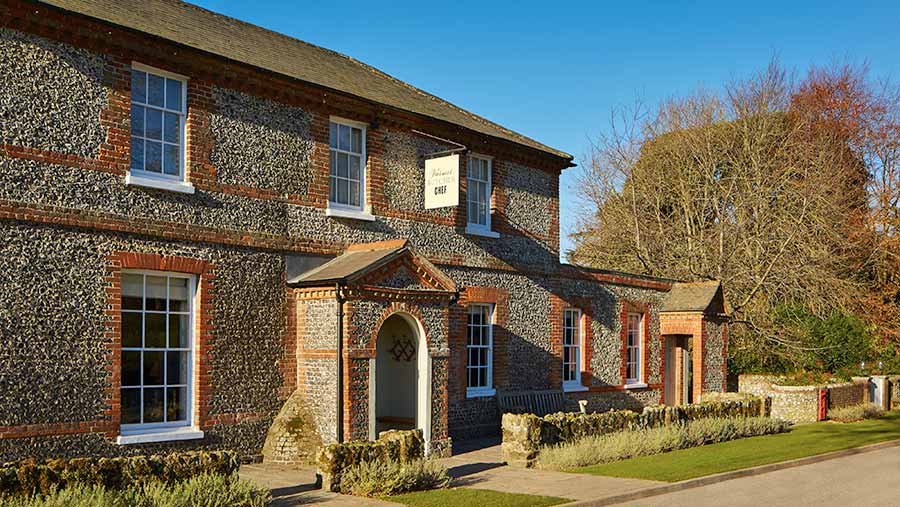 This leaves farm manager Tim Hassell the tough job of providing the meat every week to feed the top restaurants, along with venison, game and fish. The only meat you won’t find is chicken, as the estate can’t find a supplier it deems good enough.

Main courses at the Farmer, Butcher, Chef restaurant, which opened in November 2016, range from £17 to £25.