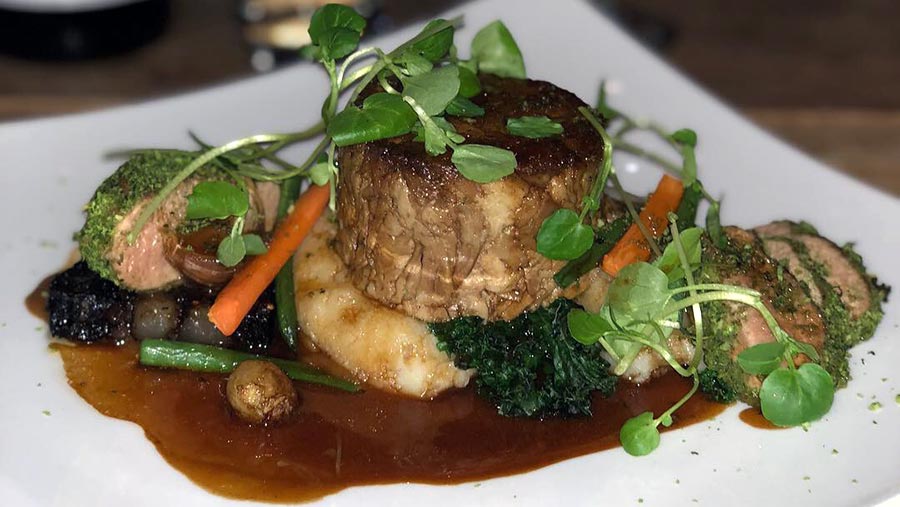 Owned and run by a farmer who is a master of friendly hospitality, Woods Bar and Restaurant is a local food paradise tucked away on the fringe of the stunning Exmoor National Park.

A former bakery is the setting for a cozy bar and intimate dining room with a menu that features lamb and pork reared on Paddy Groves’ own farm, just two miles deeper into the rolling countryside.

Woods has won the Good Pub Guide “Wine Pub of the Year” title 11 times in the past 14 years – a reflection of Paddy’s impressive wine knowledge and extensive collection of 1,000 bottles from around the world.

It has the royal seal of approval too – the Duke and Duchess of Cambridge, Prince William and Catherine, dined here twice in six months before they were married.

Paddy isn’t your average farmer. His early life and work had little to do with agriculture, starting out at as a timber craftsman building barn conversions.

He went on to carve a successful living out of buying and reinvigorating a number of pubs in the 1990s and early 2000s.

Paddy only got into farming about two years ago after retiring from the pub trade to live at Northcombe Farm, just north of Dulverton, on the south Somerset border with Devon.

The farm isn’t your standard setup either. At first glance, it looks like many other hill farms, with familiar breeds of sheep and pig.

What makes this farm unique is that all of the pigs, lambs and poultry reared here are used in dishes at the restaurant, making it completely self-sufficient in pork and lamb.

“It works for me because I don’t compete with anyone at all and I’m unaffected by external markets,” explains Paddy. 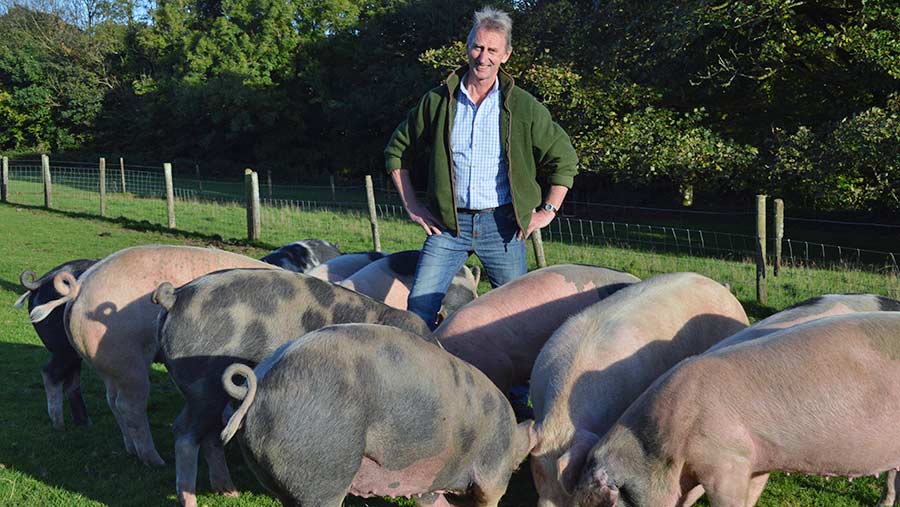 Animals are taken to an abattoir about 20 miles away and he butchers the carcasses himself – another handy set of skills that he has picked up in his fascinating and varied life.

All native breeds of beef and extra chicken comes from nearby farms via a local butcher.

Entire carcasses are used and Woods’ head chef, Ed Heard, says he enjoys working with the huge range of cuts on offer.

“Having worked as a chef elsewhere before Woods, I was used to just ordering the specific cuts I wanted. It is a challenge to use all of the cuts, but some of the cheaper ones are the tastiest.”

For this reason, the restaurant’s dishes evolve almost daily to reflect what Paddy has for the kitchen to serve.

Ed describes the cuisine as modern British with French influence, with regulars such as fillet and rib-eye steak on the menu alongside slow-roasted breast of lamb and pork terrines with brawn made using pigs head. 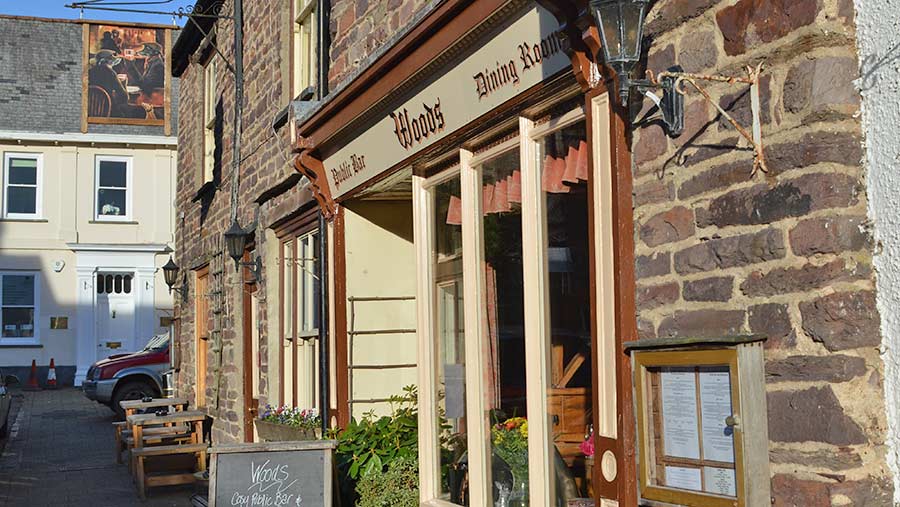 With about 25 years experience in the pub trade, Paddy says the change in attitudes to food in the past decade has been profound in the wake of numerous food scandals.

He opened Woods in 2004 and noticed a few years later that people started to regularly ask where the food was coming from.

“The standards and expectations of pubs and restaurants have improved and you have to keep up with that.

“We don’t ram the message down people’s throats. We do have ‘Northcombe lamb and pork’ on the menu and when people ask we explain that it’s from my farm and these are my animals.”

Paddy is naturally modest about what he has created with his team at Woods. This restaurant is proof that the best way for farmers to win the hearts of the public is by producing sensational food.

Main meals range from a £13.50 vegetarian option to fillet steak at £25. On average, a three-course meal will set you back £32.50/head, not including drinks.

This dish is typical of those on offer at Woods, teaming meat that is best cooked slow with a prime cut.