A farm shop and café soon opened to highlight the meat and milk from the farm, with a focus on seasonality to try to emulate the success of the Shropshire town in putting itself on the foodie’s map.

Owner Robert Windsor-Clive says farming on the estate had been losing money for years so the farm shop, with a wide range of products, was opened in 2007 followed by the café and a recently renovated boutique inn.

Shropshire cheese is now being revived on the estate after more than a century of neglect in the county, old favourites introduced, such as fidget pie, and unpasteurised cheddar cheese with its deep, intense flavour. 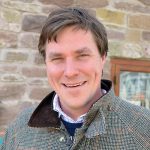 “The reputation of Ludlow saw a gastronomic elevation and we saw an opportunity to be part of this,” Mr Windsor-Clive tells Farmers Weekly.

The Michelin stars have now disappeared from picture-postcard town wrapped around the River Teme, but the eateries and shops now sell 50% of their throughput from the 3,200ha estate.

Milk and beef come from a 260-strong cross-bred dairy herd, lamb from its 2,500-ewe flock and pork from 88 Gloucester Old Spot sows, as well as venison and game from the estate, and fruit and vegetables from its old walled garden.

We headed for the Ludlow Kitchen café on an ever-expanding site behind the recently renovated Clive Arms Inn, with an eye to try the estate’s well-renowned beef and pork.

Meanwhile, an upmarket dining experience awaits visitors to the Clive Arms, named after Mr Windsor-Clive’s ancestor, the British soldier Robert Clive, who bought the estate after his military successes in India during the 18th century. 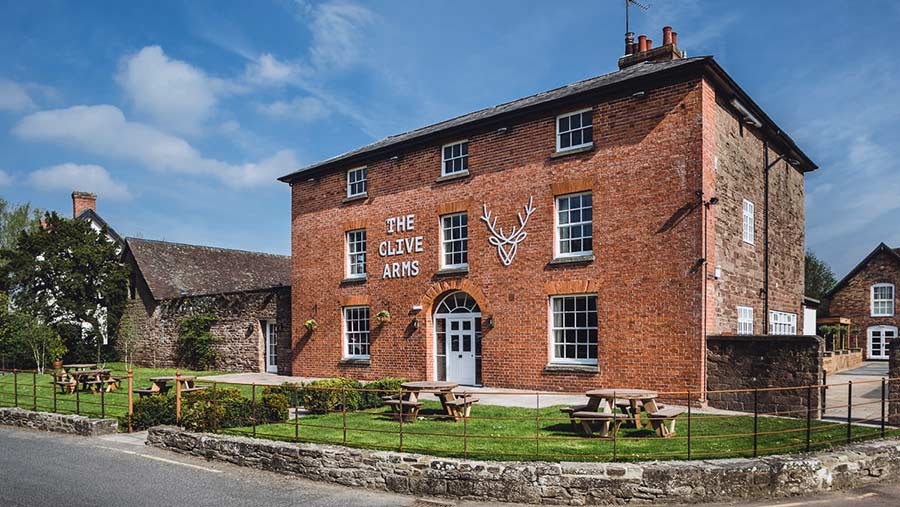 Mr Windsor-Clive’s father – the Earl of Plymouth – lives on the estate, while the café and shop in the village of Bromfield, on the A49 Shrewsbury road just north west of Ludlow, now houses a post office, bakery and butchery.

The food is modern British with a focus on seasonal and local ingredients, and includes old favourites such as red velvet cake with its chocolatey flavour and bright red sponge, and a ham, cheese, apple and mustard fidget pie.

The shop is claimed to have the widest range of products of any farm shop in the country, selling sourdough bread, its own in-house roasted coffee and a wide range of jams and pickles. 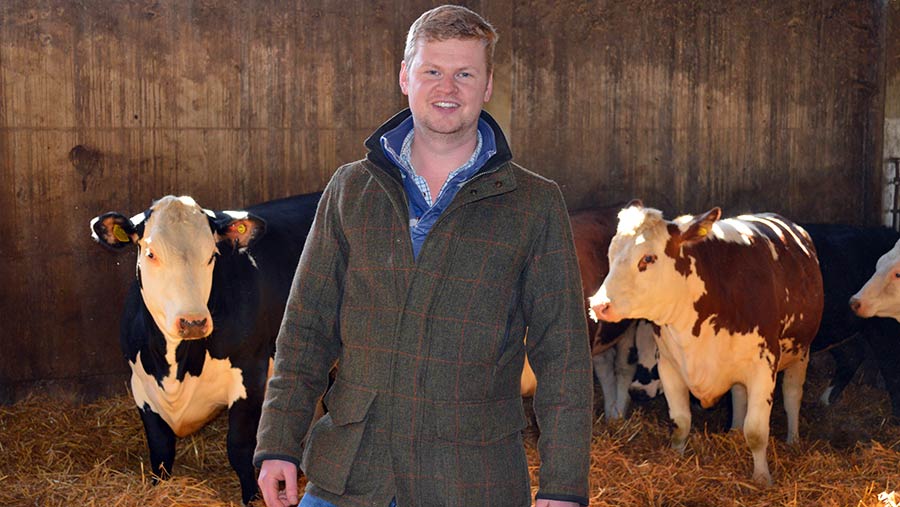 Farm manager Tom Carr is responsible for providing milk for the burgeoning cheese business, beef, lamb and pork for the shop, café and Clive Inn, with nearly half of the estate’s beef used within the business.

“We are aiming at sustainable, extensive, mixed farming, and looking to improve our soil fertility,” he says.

Menus at the Ludlow Kitchen café and Clive Arms change with the seasons, but expect to pay £9-£12 for a hearty lunch at the former and anything from £14 right up to £30-plus for the fillet steak at the latter. 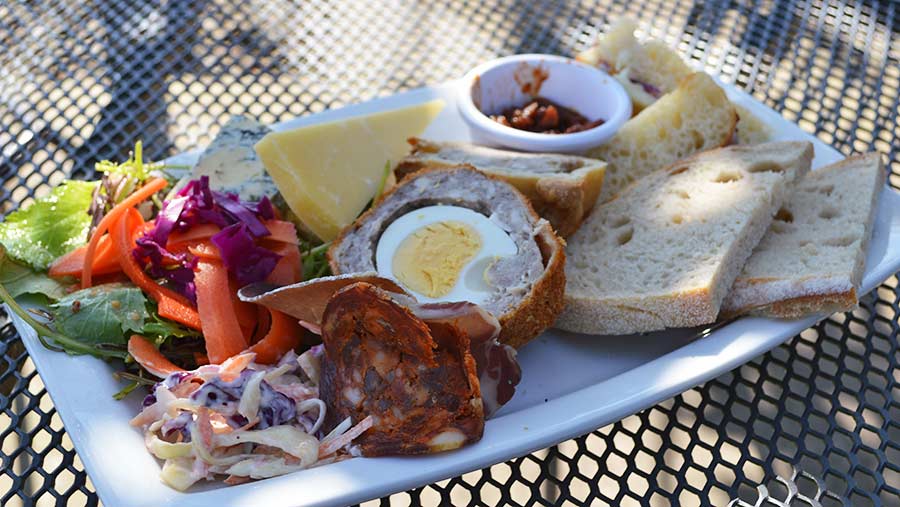 The philosophy at the café is great-tasting food that is accessible to all. We tried the Estate Platter with its cornucopia of charcuterie and cheeses allied to a pork pie and scotch egg, all for £12.95, and a moreish pulled pork bap with chips at £9.95. 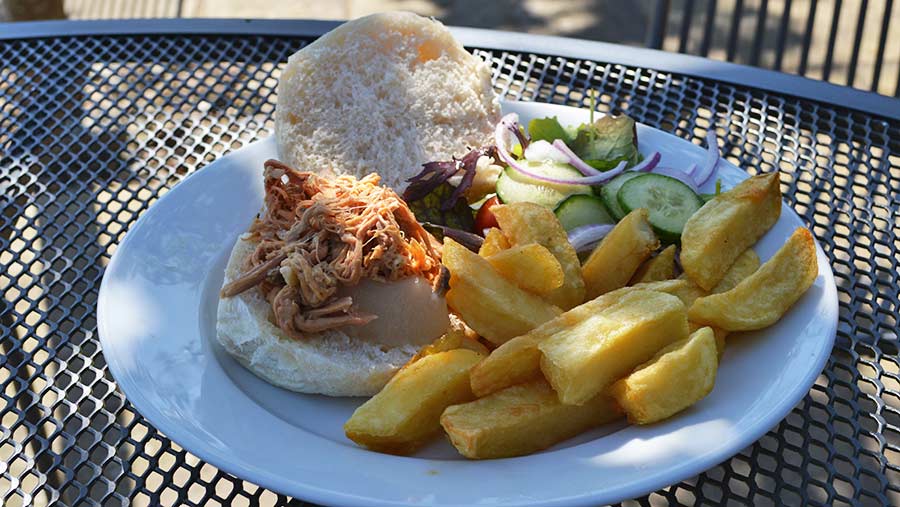 All delicious – from the deep-flavoured pork to the wafer-thin beef bresaola.