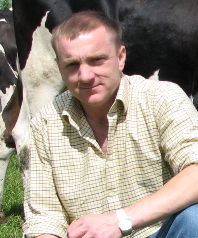 NFU Scotland is to consult its membership on the length of terms its presidential team can serve.

The current president, Jim McLaren, is serving the final months of his second two-year term – the maximum allowed under the current constitution.

But his popularity with the union members has prompted a call from the Perth branch for the constitution to be amended to allow a president to serve longer than four consecutive years in office.

The union’s chief executive James Withers said the board of directors had decided to discuss the vice-presidential terms at the same time, given the issues around succession and the appropriateness of opening the vice-president posts up to election every year.

He has called on all branches to feed back comments by 30 June and if changes are approved, an extraordinary general meeting could be held at the November national council meeting.

Mr Withers added: “Changes could then take effect for the next presidential and vice-presidential elections in February 2011.”

For members the consultation can be found on the union’s website www.nfus.org.uk